Maple Syrup takes pride of place in every home in Canada (well, stereotypically). It’s mixed into cocktails, poured over bacon and layered between pancakes. Mother Nature’s gift to Canada, who in return displays the maple leaf on their flag as a sign of solidarity to their rugged roots. So what is a Sugaring Off then? This is the season when maple trees have “defrosted” after a bitter Canadian winter and the sap begins to flow freely through the trunk. After all, maple syrup is just tree sap. But first, let’s see how I went completely crazy and jumped into a frozen lake. 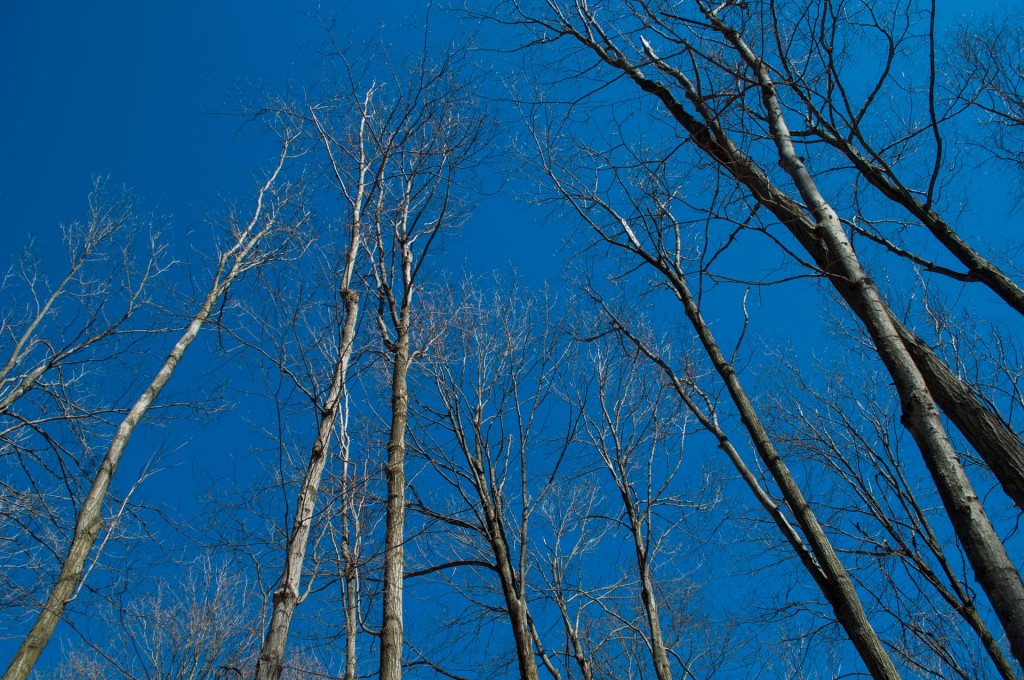 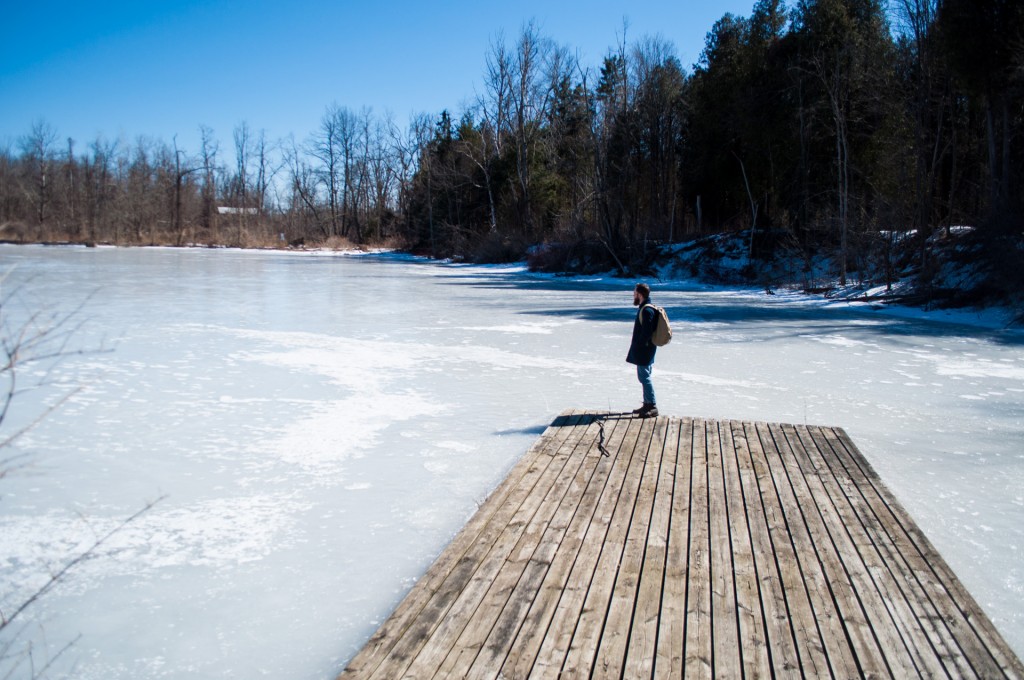 My Sugering Off voyage began with a sojourn in the woods. Even though the snow has virtually vanished from the streets of Toronto, just an hour north of the city winter is still in full and picturesque effect. The lakes, streams and rivers are frozen over and for the first time I heard the sound of cracking ice as I walked over a frozen lake. Peering through the frost I could see twigs, leaves and natural debris that had been held in place since the start of the winter season. 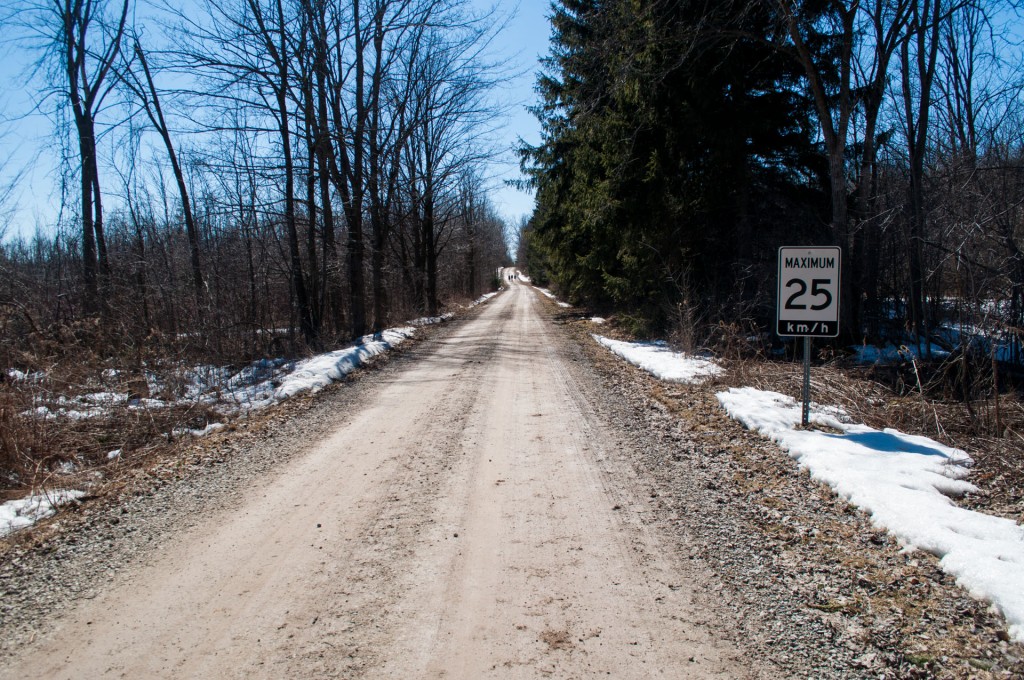 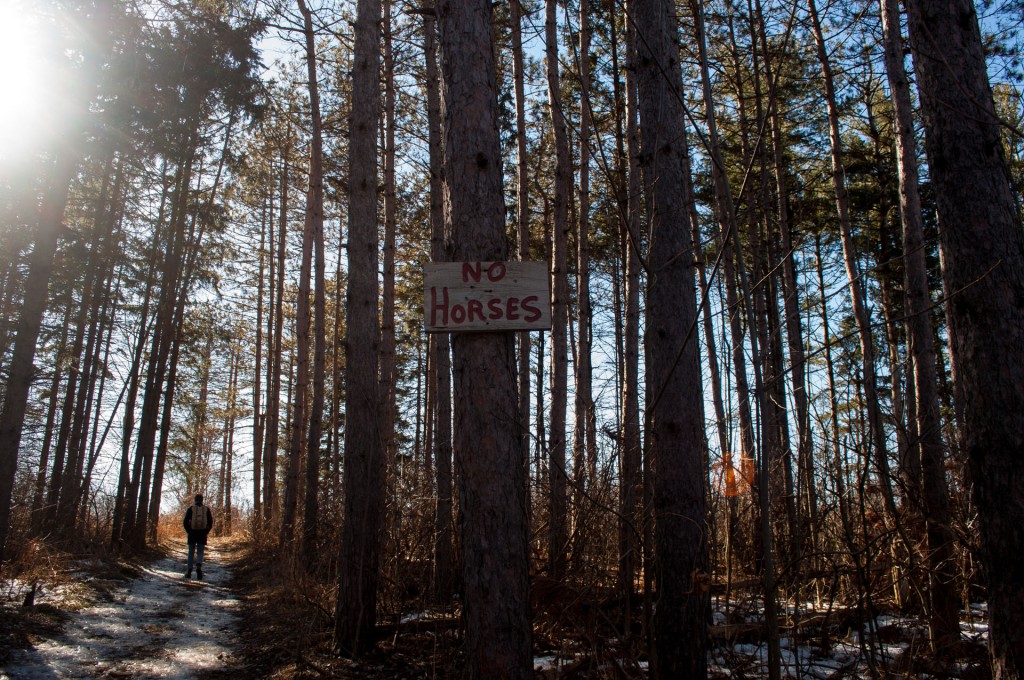 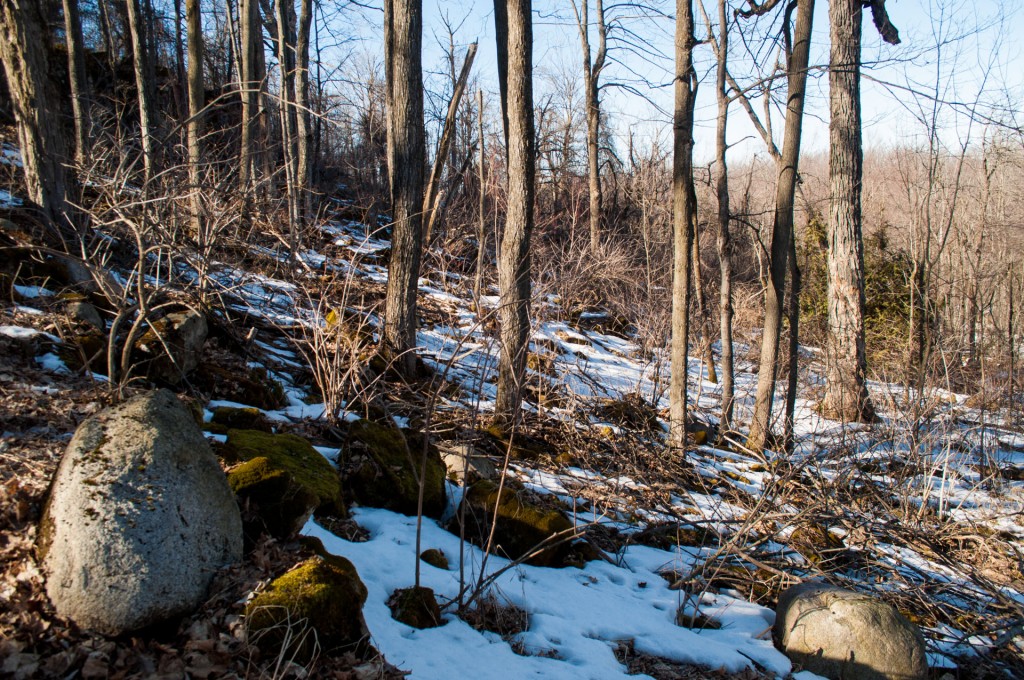 Since moving to Canada I have been trying to tick off as many Canadian things to do; and it was only after walking through frozen woodland that I realised how much life there is in death. So I thought there’s no better time to tick off another item from my bucket list and do a polar dip! 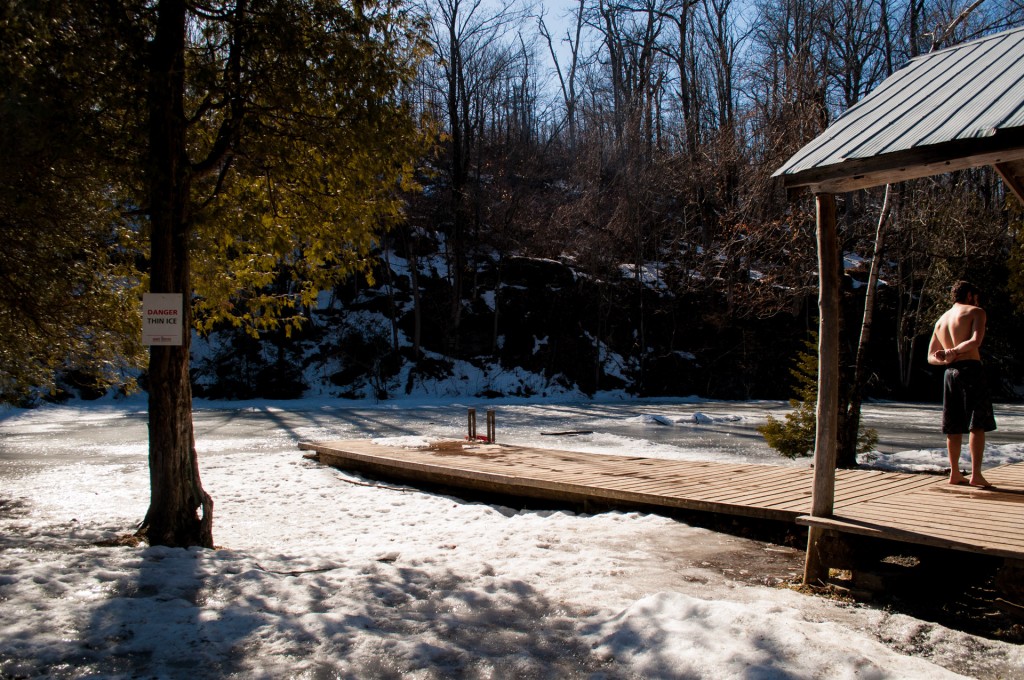 Looking through the black hole, I could see the ice was about a foot thick. The water was so cold it didn’t really register on my skin until I had crawled out. Actually, the most difficult part I found was the getting out! I thought I would be able to use the rungs of the ladder to step onto the deck but they were actually frozen over so with numb muscles I hauled my icicle body from the watery depths. Thank the heavens for Scandinavians and the invention of the sauna. I ran straight in to warm up. Challenge completed! 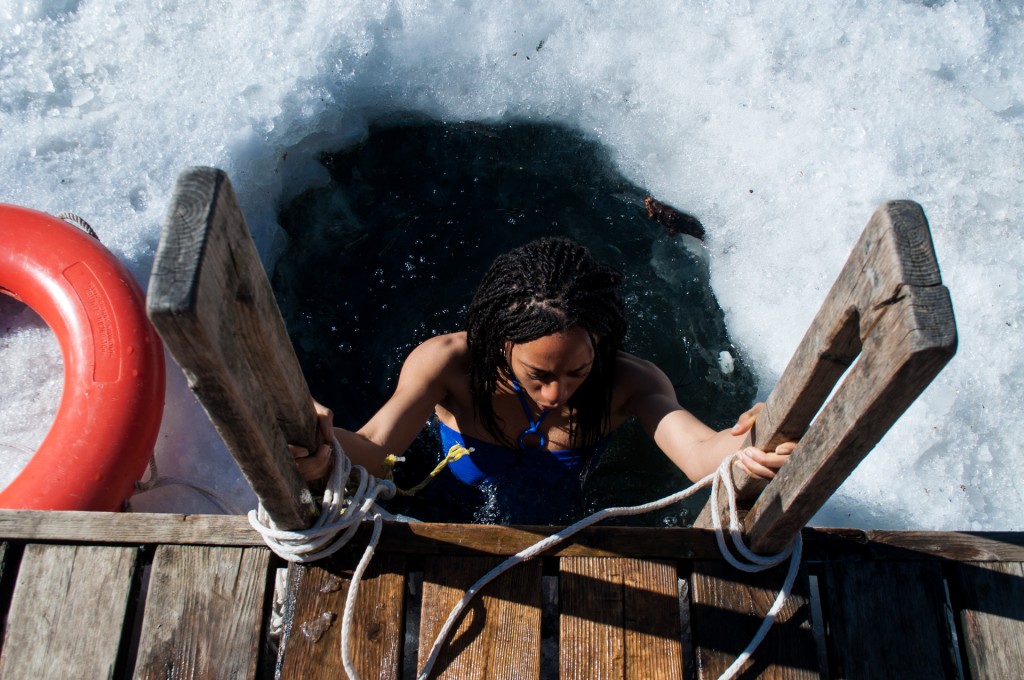 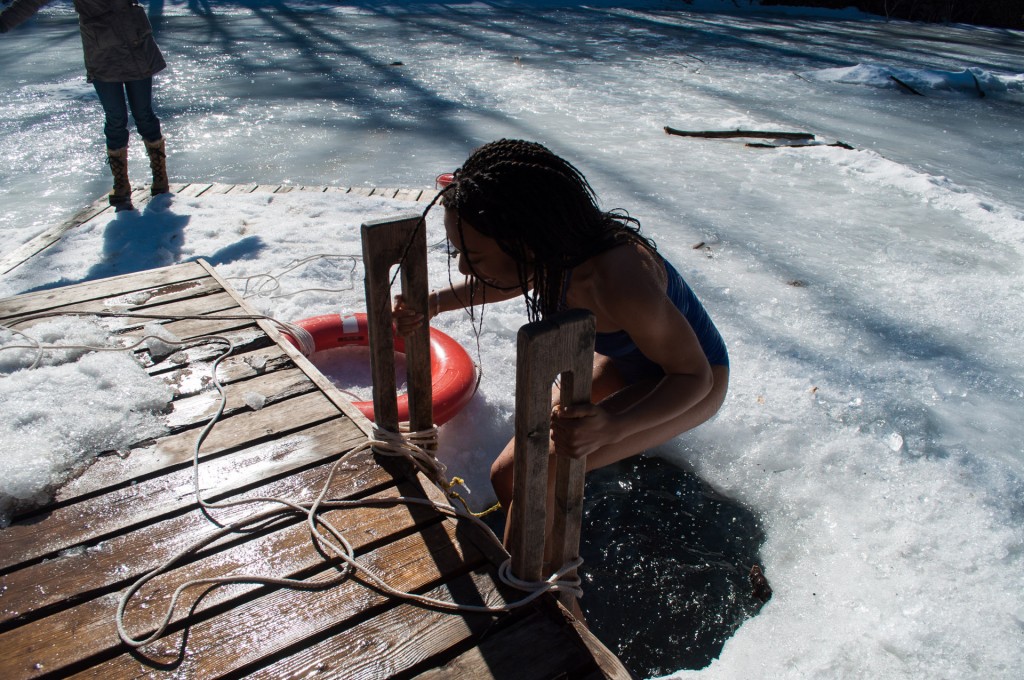 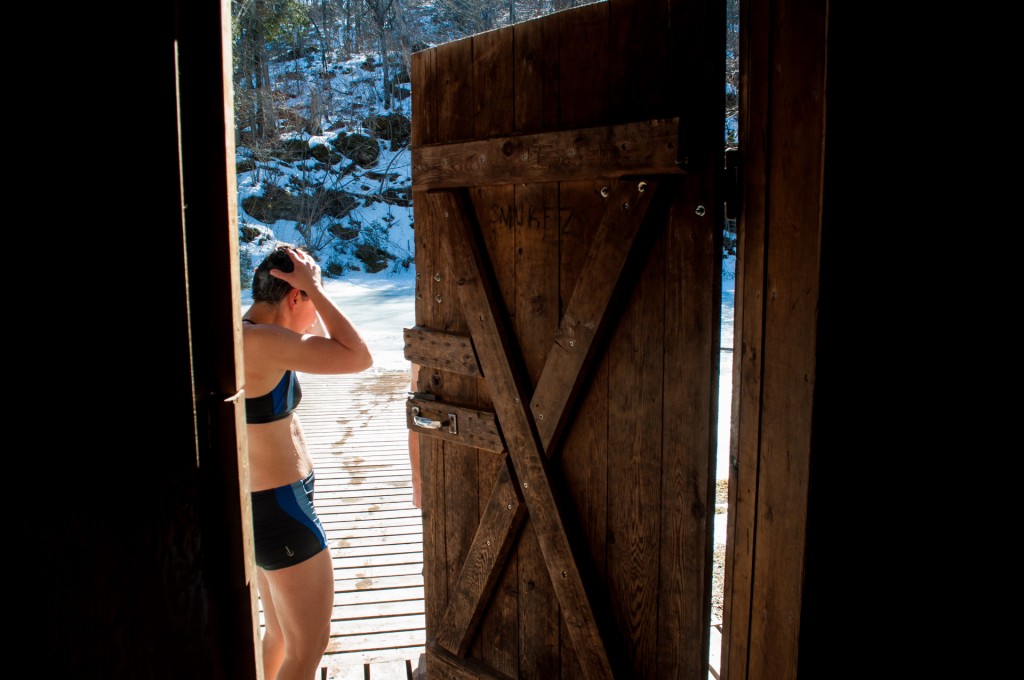 The sauna definitely makes everything better

The Sugaring Off season in Canada has changed drastically over the years. Previously, the tapping of the trees is February/March but with the tumultuous seasons and clear signs of global warming, winter persists later into the year and now maple tree sap can be extracted from as late as April. 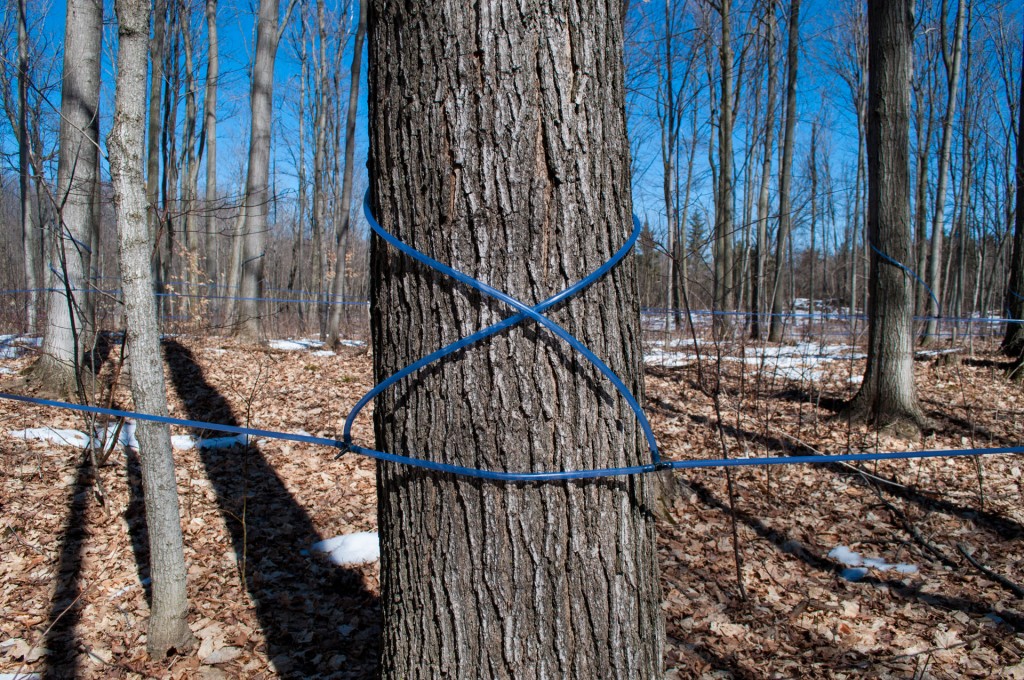 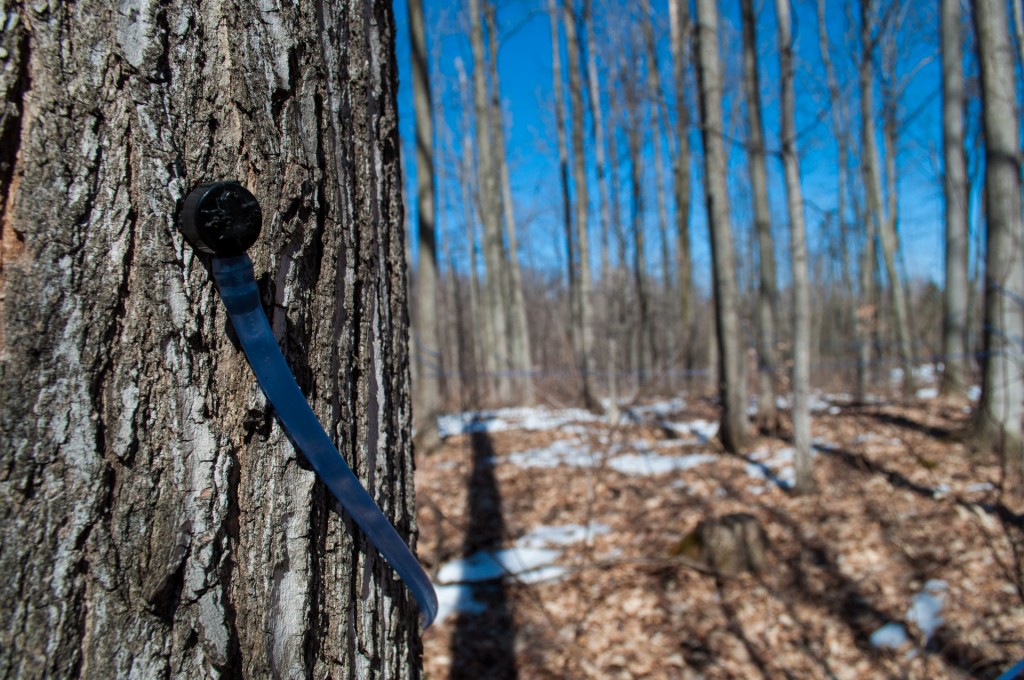 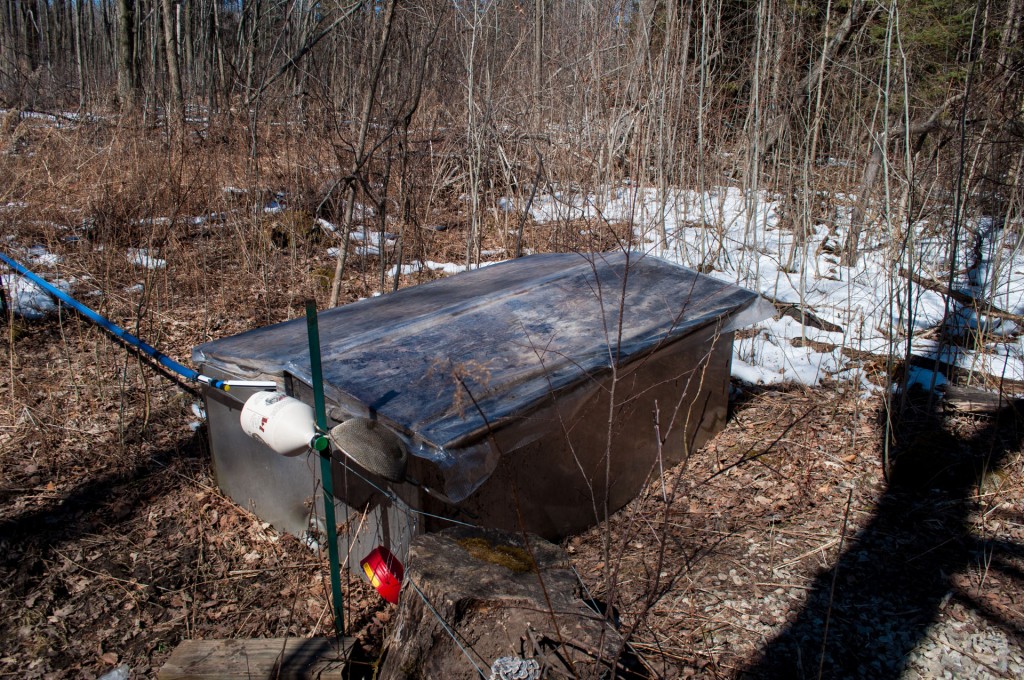 At Hart House Farm, maple syrup is made by drilling a hole into the tree, fixing some tubing and letting the sap run freely through. A vat on the edge of the woods stores all the sap until someone comes along to transfer it to the Sugar Shack (where they make the maple syrup). Quite a lot of sap is needed as it is 90% water but after it has boiled down all that remains is maple syrupy goodness. Typically, forty gallons of sap makes just one gallon of syrup! It’s one of the most delicious things I’ve eaten from a tree and nothing was added. Just a bit of heat and time. 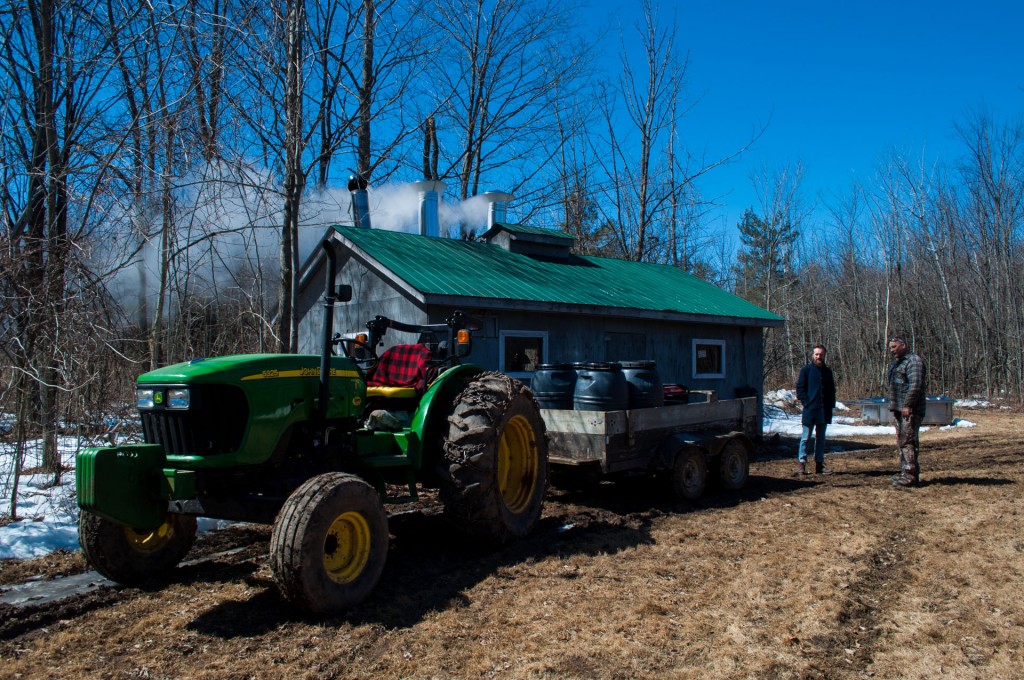 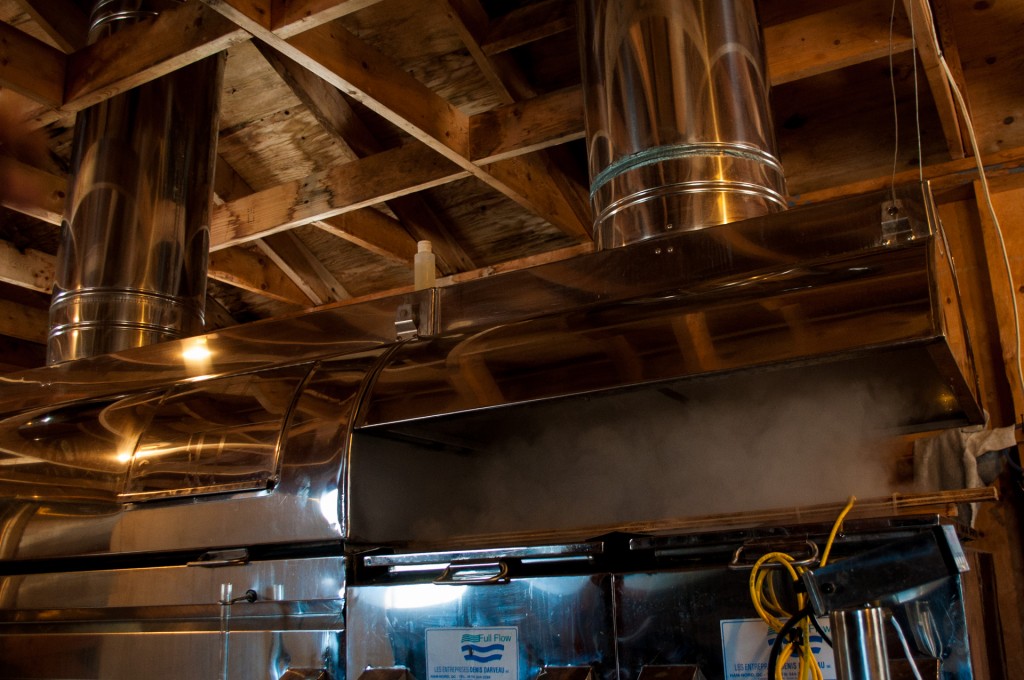 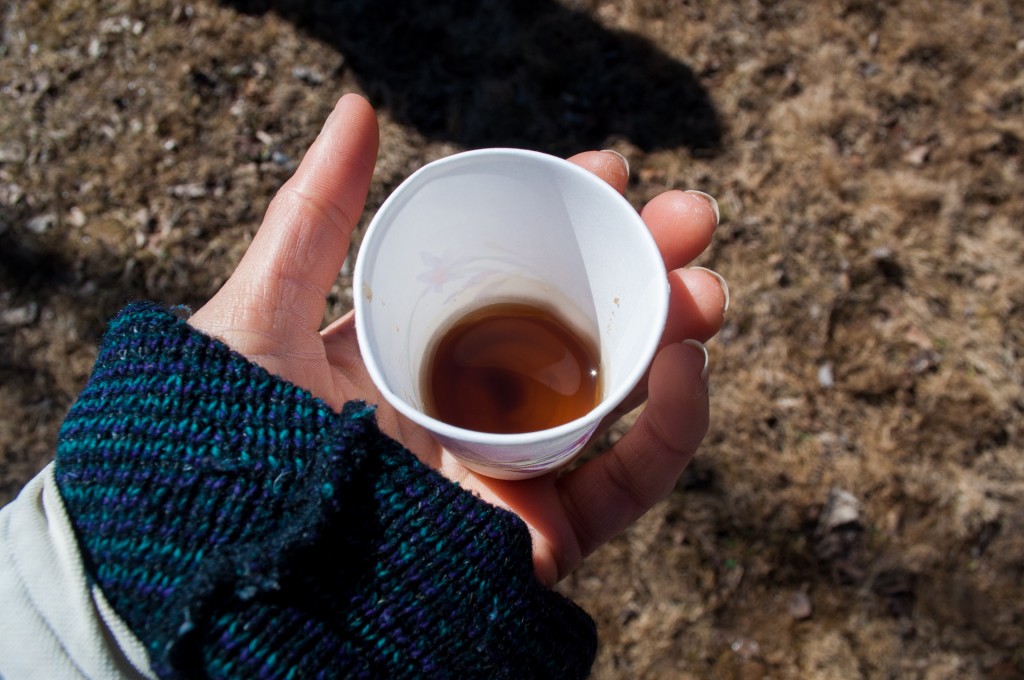 The last stage is simply the filtration process to remove any niggling bits of sediment. You can see it resting at the bottom of the cup. Eating it won’t kill you though. The darker the maple syrup the later in the season it has been tapped. 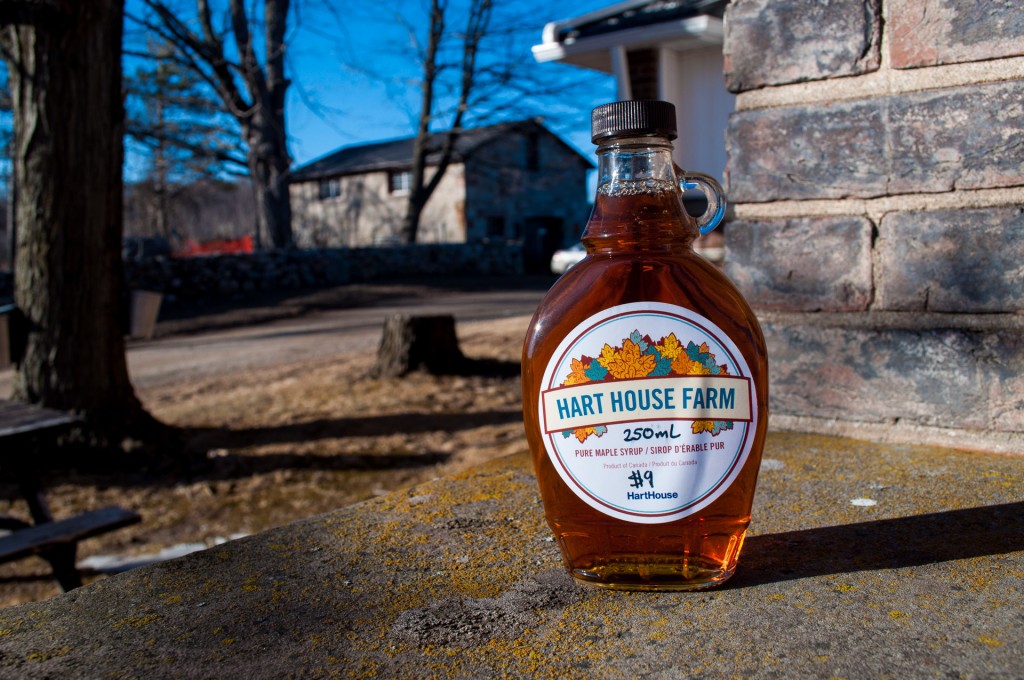 When living in a city surrounded by abundant nature it’s always good to take the weekend off to acquaint yourself with the land you’re on. Hart House Farm is owned by the University of Toronto and has been used as a country escape by faculty and students alike over several decades.

Don’t be shy, Get in touch below or find me on Google+, Bloglovin or Instagram!