When I first looked up the events that were coming to Toronto this summer and saw the word BESTIVAL – I thought there must have been a mistake. Bestival is one of the UK’S most popular festivals, as it aims for good music, fun, carnival and frivolity.

So why Toronto Island? According to curator and founder, Rob Da Bank, he has been approached by many people over the last decade to host a Bestival off-shoot in one country or another – and it seems this was the year he caved. The site, feel and location of Toronto Island just had the right balance of escapism and beauty. 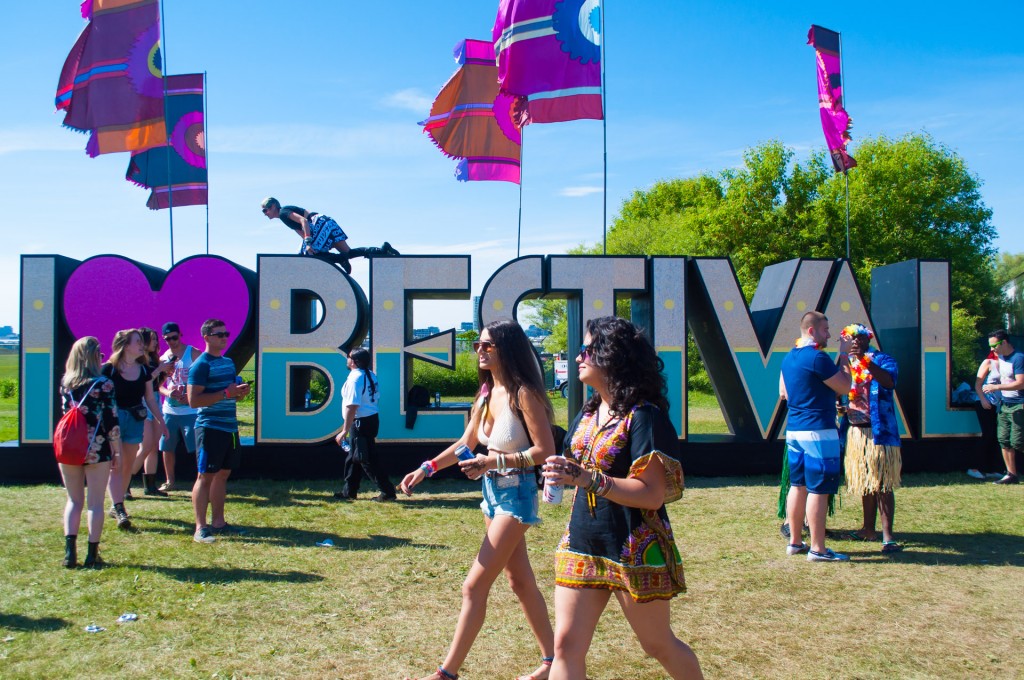 Although #BestivalTO did not include the traditional camping element, Friday and Saturday still had big acts billed such as Florence + the Machine, SBTRKT, Jamie XX, Nas and Caribou. Any seasoned British festival-goer will know that music is just one part of the whole experience. It was great to see “The Wedding Chapel” making an appearance at this weekend’s festival, equipped with an enigmatic vicar and drunken congregation. This inflatable church champions the festival’s motto of “increase the peace” and encourages revellers to marry their friend, lover or enemy. Unfortunately, there was no marriage for me, but as a bystander I can assure you there were definitely a few drunken uncles and lecherous grannies.

The guy behind Bestival’s inflatable church

It was good to see that regardless of Canada’s somewhat reserved and self-conscious traits (yes, sweeping generalisation, but I say what I see), there were those that took the opportunity to freak the hell out and embrace the fancy-dress culture of Bestival. 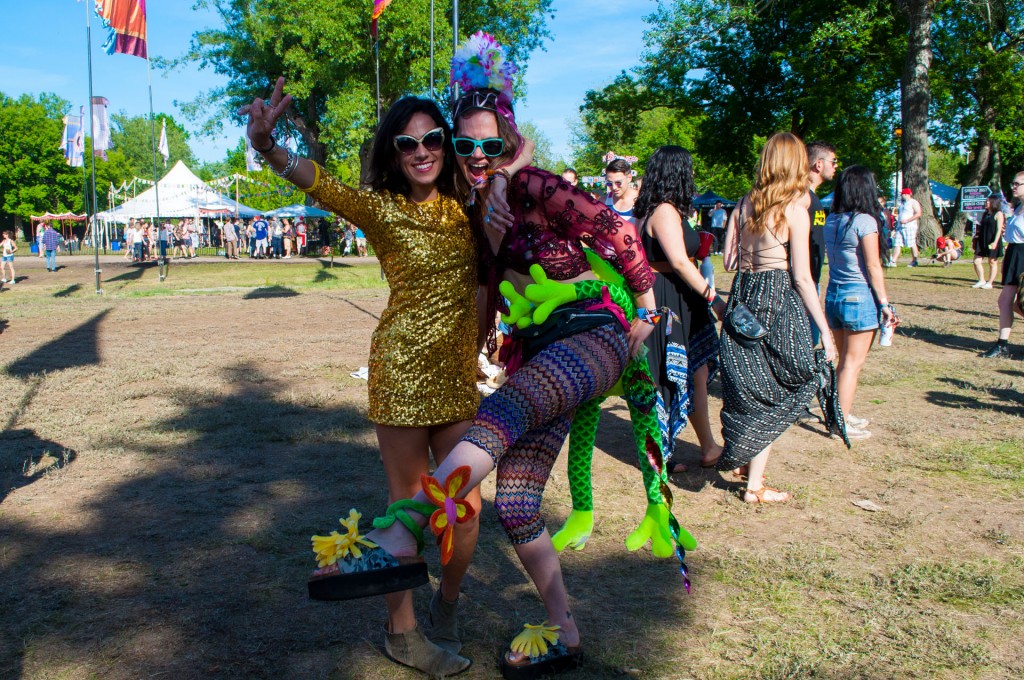 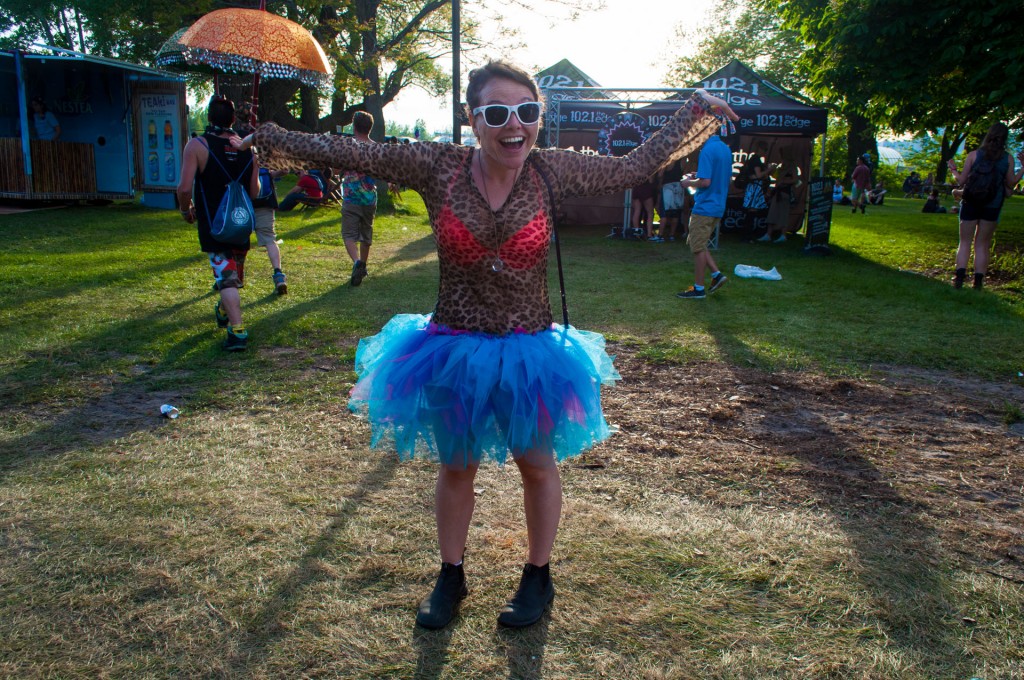 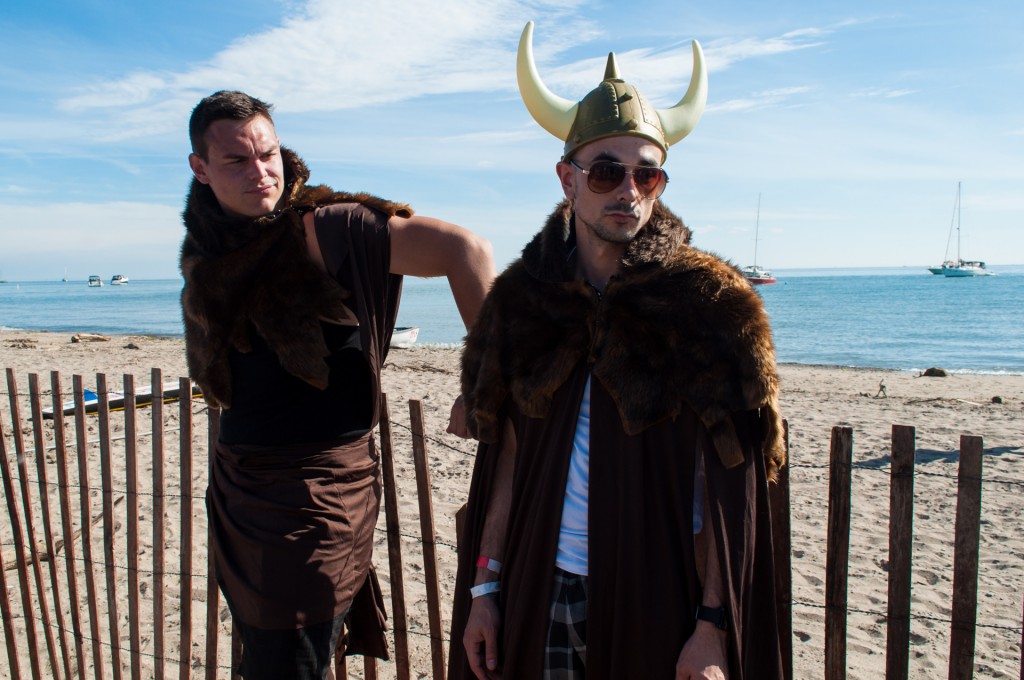 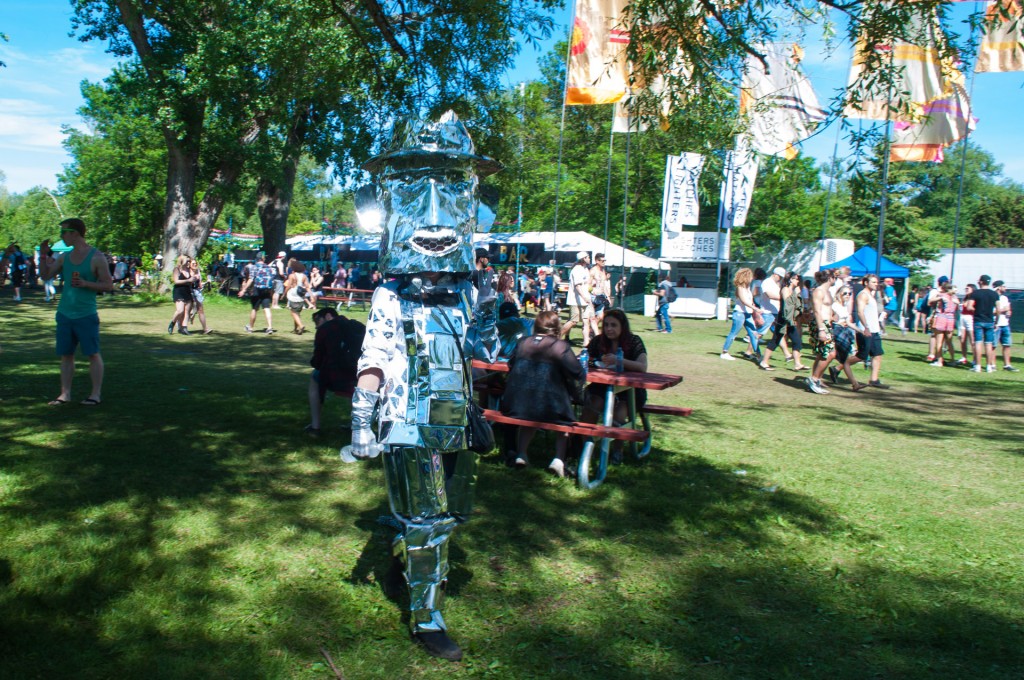 Comparatively, Toronto’s 14,000 guests is quite small to the UK’s 55,000 but this intimate setting made travelling from stage to stage an enjoyable situation. Nothing was more than a ten minute walk away, including the Sunday Best Belearic Beach Club. Yes! There was a stage on the beach with Rob da Bank making a musical appearance in the afternoon.

En route to the beach stage 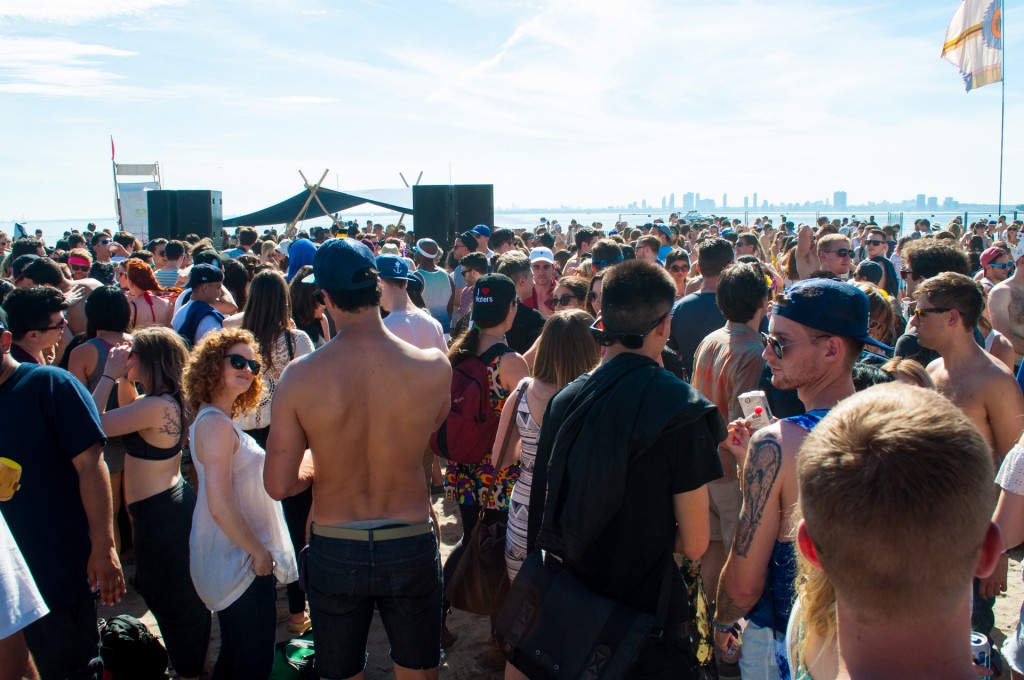 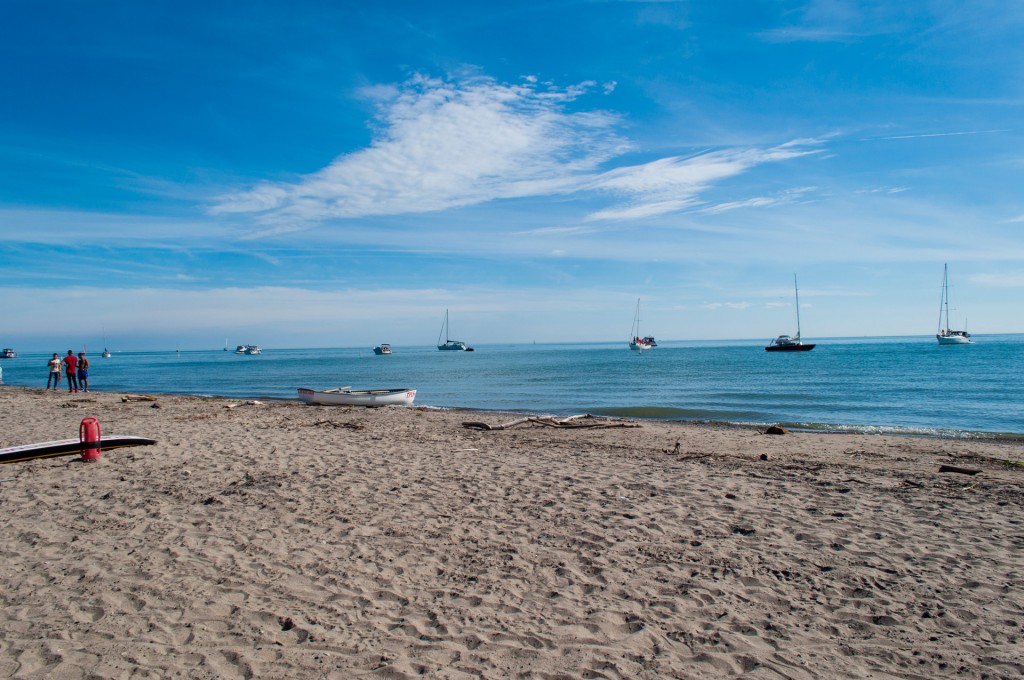 The festival had a good balance between Electro, Hip-Hop and Indie to satisfy all music tastes.There was a strong presence of diversity in the airwaves, which made every act a pleasure to watch. My personal favourite Dan Snaith (aka Caribou). The band were completely clad in white and played the major hooks, melodies and choruses with live instruments or voice wherever possible. Most of the set camped in his 2014 Our Love release, but when hits such as Odessa and Sun are given ten-minute renditions, you can’t really complain. 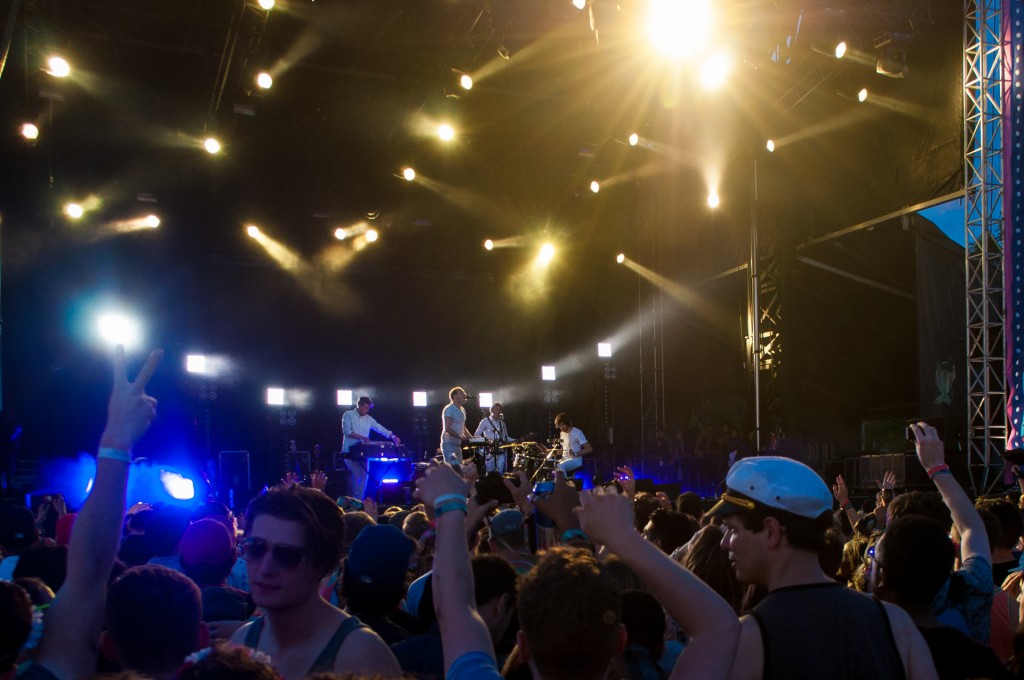 The Bollywood stage drew in the biggest crowds throughout the day. This monolithic tower encased in Hindu gods, colourful animals, fire and scantily-clad dancers had beats blasting throughout the event. This is where people came if they wanted to party hard.

The rest of the festival incorporated competitions, parades and lounging in the sun. Bestival’s first year outside of the UK was a complete success and gave Torontonians a minor taste of what festivals are all about. After speaking with a few individuals, many people still find the idea of a camping festival a pointless endeavour, but hopefully, with a little time and mud they will soon see things from a Brit’s point of view…. breathing, eating and partying with the community around you, of course. Hopefully, as Toronto’s rules against alcohol and general “fun” start to relax, we’ll see the bars staying open till AFTER 11pm and the music till AT LEAST midnight – but hey, one step at a time, right? 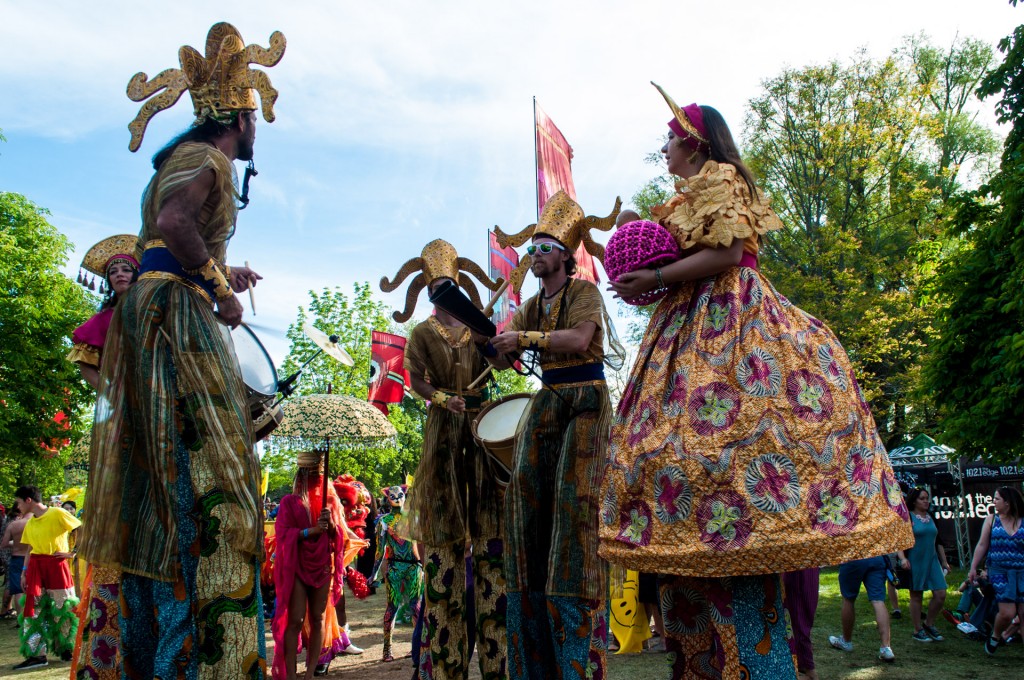 Did you make it out to Toronto’s first instalment of Bestival? If so, let me know what you thought below! Why don’t you keep me company on Google+, Bloglovin or Instagram!