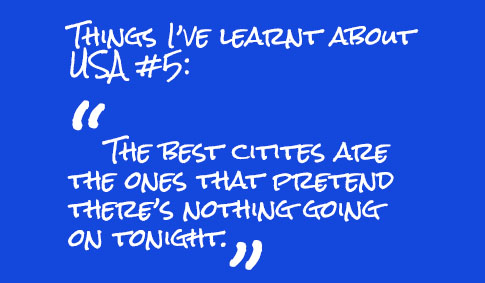 So heading south on the advice of Miracle Mel (that’s what I’ll call her from now on), I spent an overnight Greyhound journey braving security check points, iron-grilled station windows and stopovers in blood-stained bathrooms. So this is ‘The South, eh?’ I had finally arrived in hot, sticky Nashville, Tennessee. My first impressions are a blur, all I remember is dragging my luggage. Uphill. For 45 minutes…in the belting sun. I began to query whether it was a good idea lodging somewhere so far flung from downtown. But the gamble paid off. Music City Hostel was a much needed oasis of good vibes and camaraderie. There was food in the fridge. Bikes to rent for next to nothing. A paddling pool to cool off in. A public piano. Communal dinners. It was such a paid back place I couldn’t tell who was staff and who was visiting (turns out those distinctions didn’t matter, everyone in Nashville is in transit some way or another). 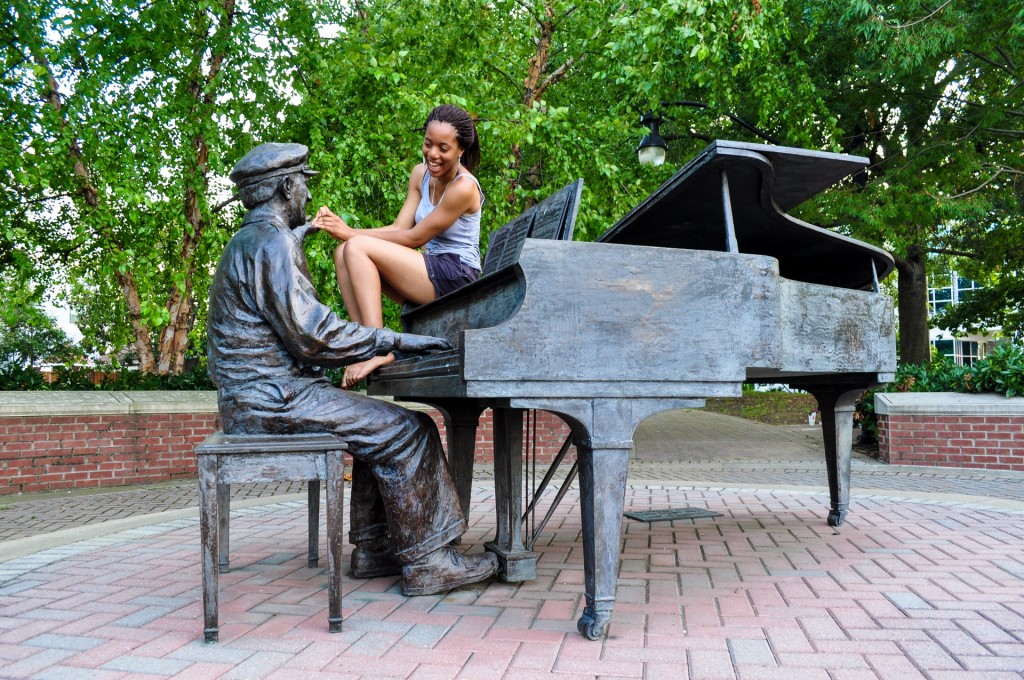 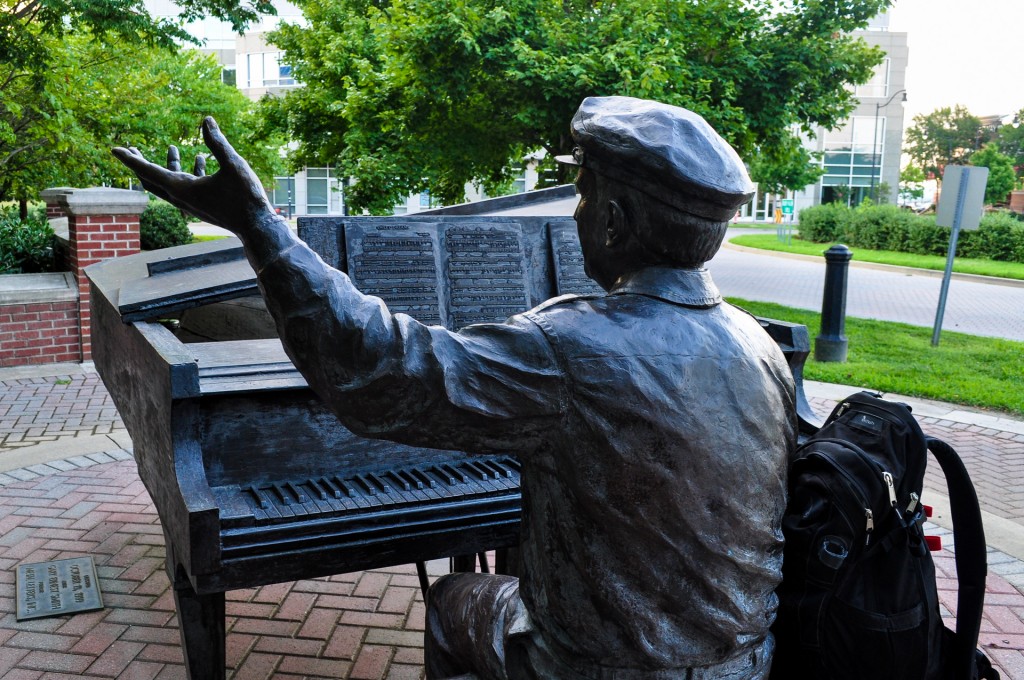 Nashville is known as Music City. Why? Because it has housed some of the greatest musical talent in history. It is home to all the major record labels and has drum beats and guitar licks echoing through the streets from morning to night. You will never find such good quality live music in Nashville at 2pm in an empty bar, anywhere else in the world. Fact. These bands play for tips and will blow you away, so bring your damn change. One of my favourite acts was Craig Curtis, of whom I bought his ‘Keepin’ It Rural’ album. I challenge you not slap your knees, taps your toes and sing along.

Every bar along the main strip at Broadway and 5th Av is decorated with flashing neon guitars, cow girl cut outs, or adorned with wild horses and tacky Stetsons. It’s impossible to distinguish the good bars from the bad, which is why myself and two Swedes (my bunk buddies from the hostel) decided that starting our drinks tour at midday would afford us enough time to try them all. Flitting from one florescent green sign to a red then a blue – each venue looked different but was somehow the same on the inside. For these few days, my diet consisted of anything that a bar could fry up and serve in a paper-lined, plastic bowl. 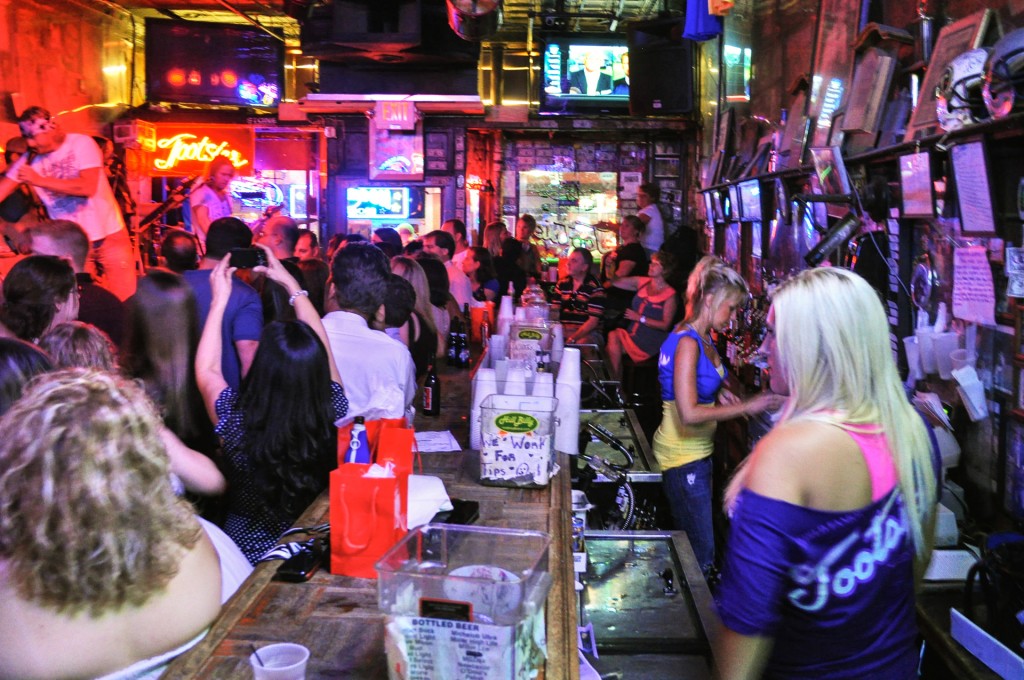 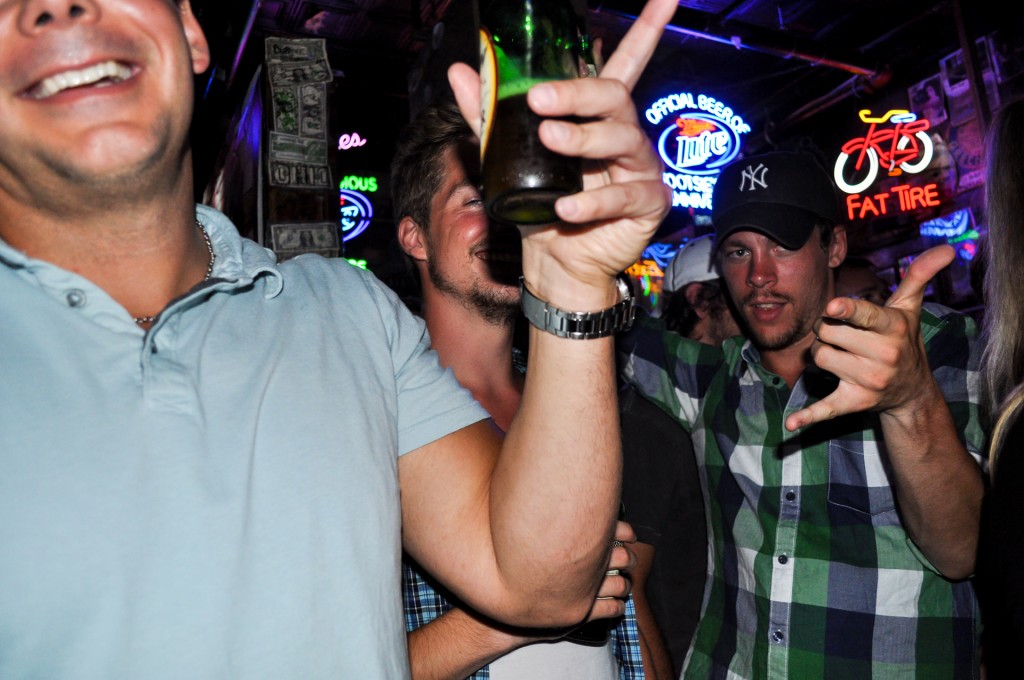 I never made it to the Country Music Hall of Fame. I wouldn’t know who anyone was.

I never made it to the Belle Meade Plantation or the zoo. Too far away.

I never made it the museum or science centres. I’d had enough of that in Washington.

So what did I do? 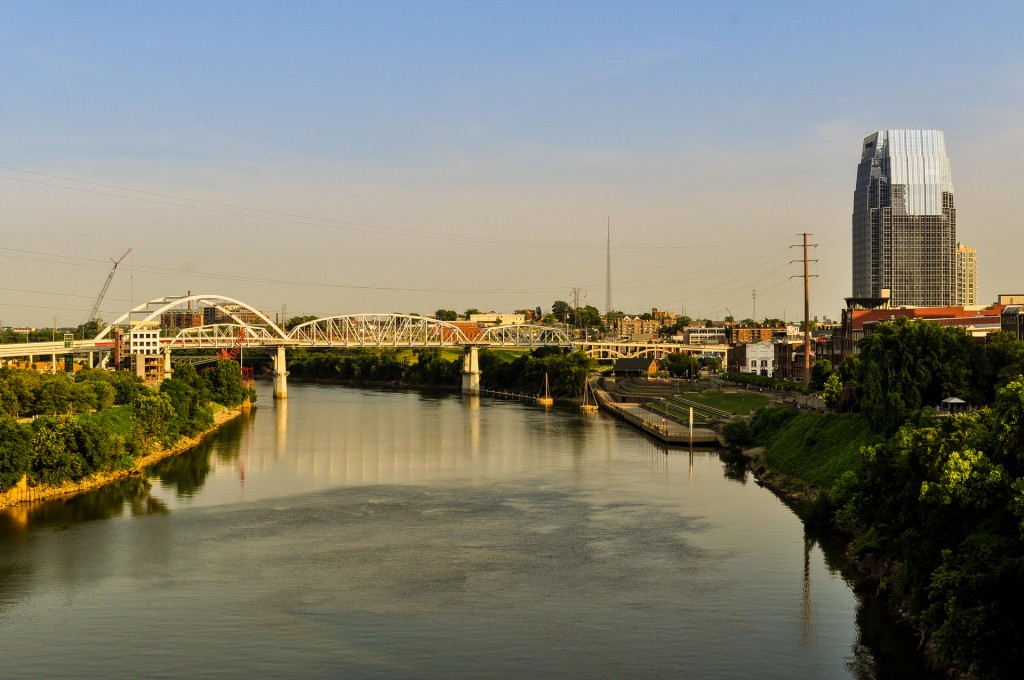 Thankfully, Nashville was not a series of shoulda, woulda couldas. Instead, I had a most bizarre and new experience due to a particular German called, Jan and his interest in GeoCaching. Are you not familiar with this activity? YouTube reveals all below.

So I spent two and a half days cycling the limits of Nashville. Encountering abandoned railways, beautiful hidden views, quiet neighbourhoods, empty motorways and secret green spaces. It was wonderful to escape the relentless bar crawl for something purer and more wholesome. Each location we arrived at gave us hints to find the next spot. GeoCaching makes you see your surroundings for much more than it is. Signs become clues, the city becomes a game as paths appeared that you never noticed before. Alleyways become routes to adventure, not danger.

Looking for clues by an old railway line

Jan taking a picture of the Nashville cityscape after a long day cycling.

Americana strip club in the middle of the motorway. Just in case you needed a break from the road.

So after a few days of listening to country music, drinking Budweiser and cycling till I could no longer feel my butt I accepted a last minute offer to follow my Swedes to New Orleans. This snap decision was a major turning point, not just in my trip but in my life. But first, 21 hours of absolute boredom lay ahead of me on yet another dire Greyhound journey. But it was all worth it for the madness that happened next.