We Are Augustines @ Heaven

Bill McCarthy and Eric Sanderson, founding brothers of We Are Augustines, arise from the dark and greet the mid-week audience with palpable joy and anticipation on their faces.

The crowd gathered at their feet is impressive enough for a headline act – it is quite clear they are ready to be entertained. The first song sets the tone for the evening, energetic vocals intertwined with strong guitar chords and a steady drumbeat; there is a visible confidence with the band and an energy that even causes McCarthy to lose his trilby halfway through the chorus of their first tune. With the wooing complete the crowd have developed a taste for more.

The following melodies become a little softer and broader, but at a point where most audiences lose their curiosity, their eyes are still fixated upon the stage as McCarty, Sanderson and touring drummer, Rob, all exude an amity that the audience could not turn their back on. Even with the use of classical chord progressions and retiring finger-picking We Are Augustines manages to carve out an identity for themselves through McCarthy’s voice. Its remarkable nature lies in the fact that he sings like the ‘ordinary man’. There is no elocution or moderation or pretence – only an unrestrained, rare emotion that hides at the cliff of his voice whilst being visible in every crease in his face. Out of nowhere their seminal track Chapel Song hurdles through the audience and more heads spin towards the stage. The same energy present at the start of their set has returned with renewed valour and Rob’s well-executed drumming provides the sharp rise and fall in dynamics that gives Chapel Song it’s heart-wrenching tension and tenderness. 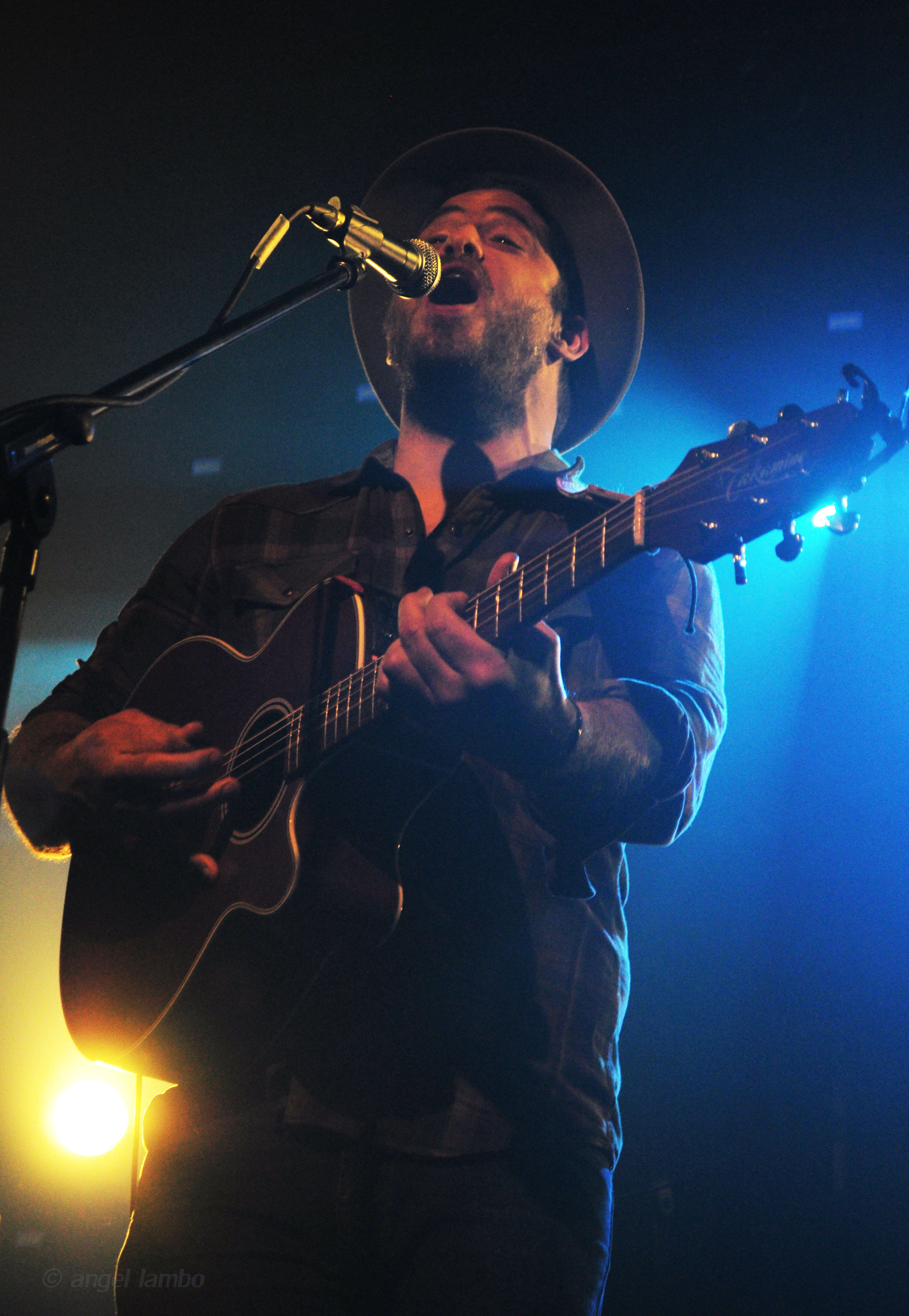 Towards the end of the show their on-stage drive is still running riot as Sanderson is completely absorbed by the music, Rob disappears behind a mass of blurry drumsticks and McCarthy is reduced to his knees, strumming out on his electro-acoustic as if it were a Gibson flying V. The lines “…as long as my heart keeps pumping blood…blood…blood” rips through everyone’s ears, spurring the audience to applaud and cheer. Then silence haunts the venue.

We Are Augustines finally come down from their high and ease the crowd out on a gentler tune and disappear back into the darkness. The show has proven We Are Augustines to be of relentless talent and feeling, however, their music does deserve to be played in the intimacy of the bedroom. There is a certain tranquillity in every track that can never be fully appreciated in the crush of an amplified theatre. June gives birth to their restlessly anticipated album Rise Ye Sunken Ships and, hopefully, London will be welcoming them back in the near future.