You never know what to expect when visiting a place held in such high-esteem by the cultural classes, and one also knows not what to write when opinions are somewhat opposed to general thought. 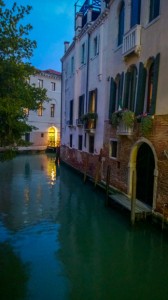 To some, it’s simply a drowning city made of brick rafters, propped up on sticks and held together by tourism and silence. Regardless of any retrospective remarks, my initial impression of it was spellbinding. Arriving at the dead of night as a Vaporetto (water bus) putt-putted its way through sleepy canals, was a surreal experience. The silence was loud and engulfing. The streets all seemed to lead to nowhere; walls of darkness cloaked every corner. I was even a bit reluctant to breath for fear of waking the floating isle. Venice at night is entwined with romanticism and mystery- a city sat on the shoulders of Cassanova, Titian and Vivaldi.

But that initial excitement had to be 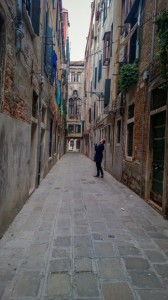 contained as a missed flight from Paris and little food begat weary travellers.  Our sanctuary was Foscari Palace, a 4-star hotel situated on the water’s edge. We did consider staying on one of Venice’s many satellite islands as hotel prices dropby 50% in some cases but trusty www.hotwire.com came to the rescue (my second favourite accommodation site after www.airbnb.com) which meant we paid about £50  a night (that’s £25 each) for a 4* Hotel in a city where £100/night is standard charge for a hotel of half as many stars.

A lot of people come to Italy for the food and olive oil soaked culture. But for many of us who count the pennies when out in the world, cheap eats are a holy grail. Calzone and pizza slices line street corners like KFC.

In a small plaza off Calle Dolfin is a cafe/restaurant that serves very basic, on-the-go things to eat; but of all the budget calzone places there are, you couldn’t do a lot better for the price. 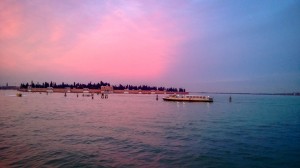 One of the best Pizza places on the island is Pizzeria All’Anfora. Falling into the under € 10 category, these pizzas are extremely affordable and in terms of size, can easily eclipse your head. Being a sleepy town and all, nothing really stays open till late – so turning up at a pizzeria at 22:30 can be met with difficulty. They were indeed closing, so we made our bowed-head apologies and attempted to retreat through the door. But they cried for us to stay, sit and relax. I felt as if I was in the eye of a storm as a whirlwind of washing, cleaning and sweeping spun around us, but our table host and extraneous staff attended to us with utmost care and delight without even a hint of them hurrying us along. A simply great meal at a cool price in a city which charges top euro.

Paris has the Le Tour de Eiffel, Barcelona has Las Sagrada Familia, New York has The Statue of Liberty…and Venice has the Rialto Bridge. Even in low pixel images it looked outstanding, like two mighty arms reaching out to each other across the waterway. Apart from being sullied by graffiti, trinket-bearing stores lined the steps of the bridge with key-chains and Venetian mask. To be honest, I only had myself to blame for eagerly anticipating something greater than it was. A bridge is a bridge. Venice is definitely the city to go to if you can’t get enough of museums and churches. There’s a lot of history and a lot of tales – you can easily spend the daylight hours meandering the streets simply looking at the façades of some of them. 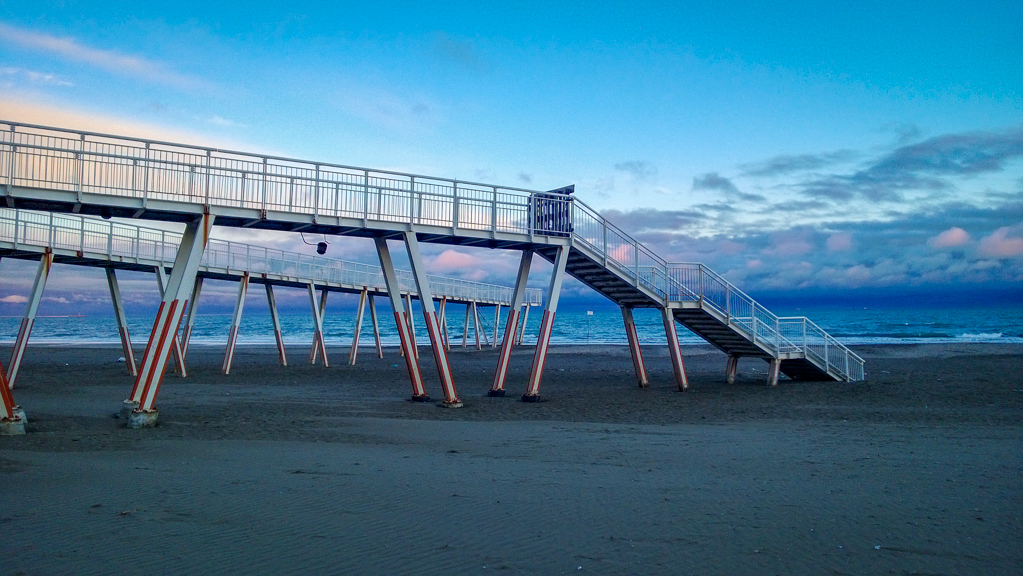 It would be pointless to spend much time on the nightlife of Venice, as for most people that’s not what they come here for. But if you’re clinically dependant upon spirits, hope and late mornings then Campo Santa Margherita is a good place to start. It’s snuggled between two universities so there’s always a buzzing atmosphere and the smell of a pizza slice in the air. Drink prices are also more than reasonable!

In  colder months it looks like an abandoned ‘90s seafront. A blade-shaped island which shields the main attraction from the Adriatic Sea. There is a completely different feel on the Lido, for starters, there are cars, the grid system orders their streets and houses are more 1980s than 1480. Apart from holding the Venice Film Festival every year, not many tourists are drawn to this watery corner.

All I can say is that with the right lighting, angle and money anything can look as beautiful as The Tourist, 2010 (starring Johnny Depp and Angelina Jolie) definitely proves. But for the music, literature, intrigue, romance, architecture and imagination that this city has spun throughout the centuries, this is indeed an important cultural attraction. It’s clear to see that I have mixed feelings about this place, but if list-ticking is your thing, jump on a flight to Venice. 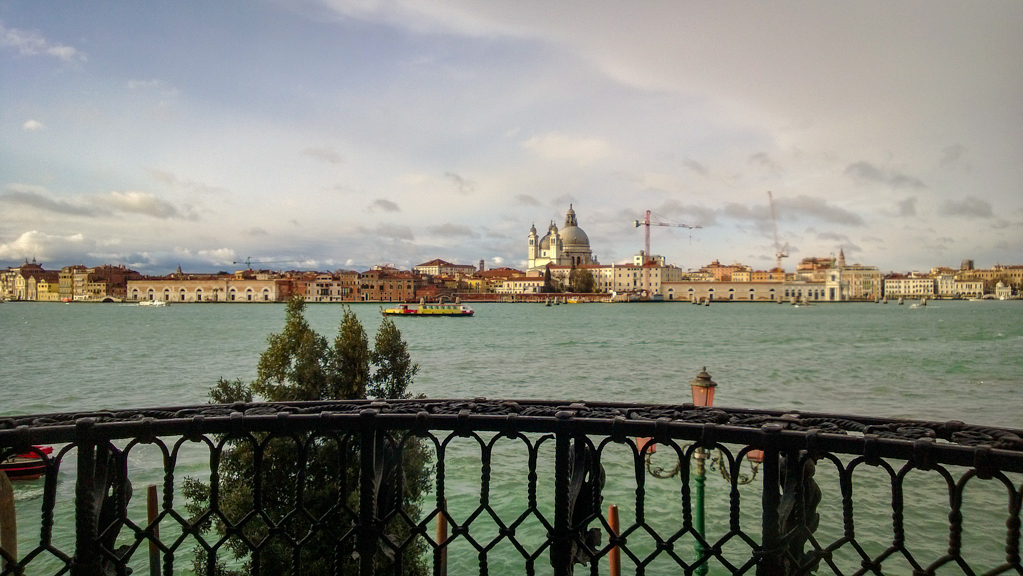 How to Spend 7 Days in San Sebastián
Tagged with: romance, venice, weekend

One thought on “Venice: a weekend trap”