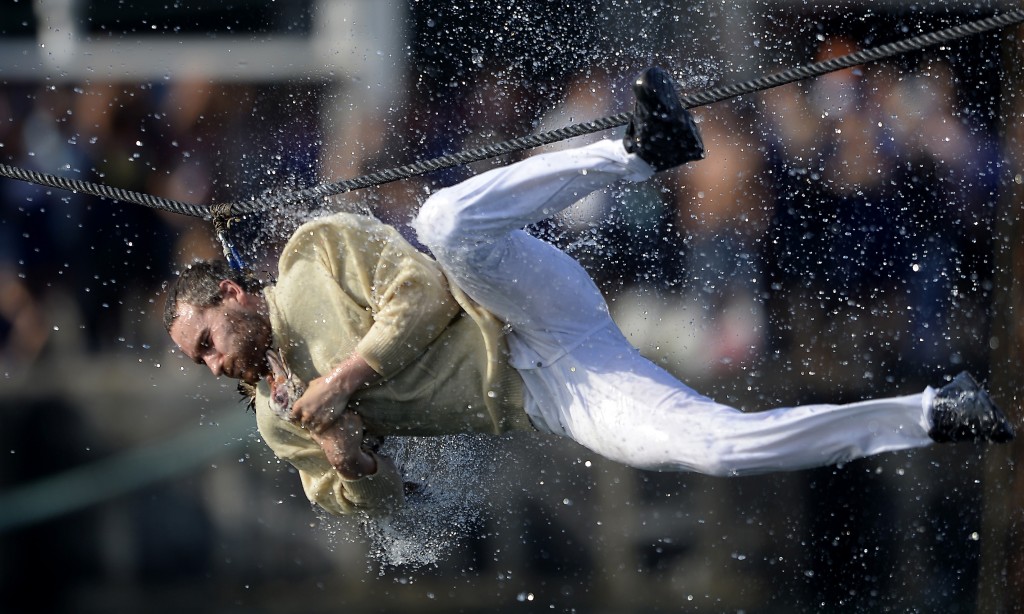 Day of the Geese is just one of the many activities which form part of the San Antolín festival held in the small fishing town of Lekeitio. This little-known festival is already over 300 years old so what the hell is going on? – I hear you ask. The contestants traditionally wear denim with blue blouses and an arrantzale checked scarf (there are different checked designs for different events). The main attraction takes place above the water. A goose is suspended from a rope above the harbour whilst the contestant (generally young and fit) swings from its body whilst being repeatedly plunged into water. The aim of the game is to take its head off (I’m getting a vivid Face/Off flashback here).

Due to complaints from animal rights activists, the goose is no longer alive when the “beheading” begins. It’s simply killed beforehand. Well, that’s all fine, right!? A friend of mine told me they might start using a plastic goose, so get there before this change occurs! The festival takes place during the first week of September.

Awkward factor 4/5: (not a festival for those with a nervous disposition) 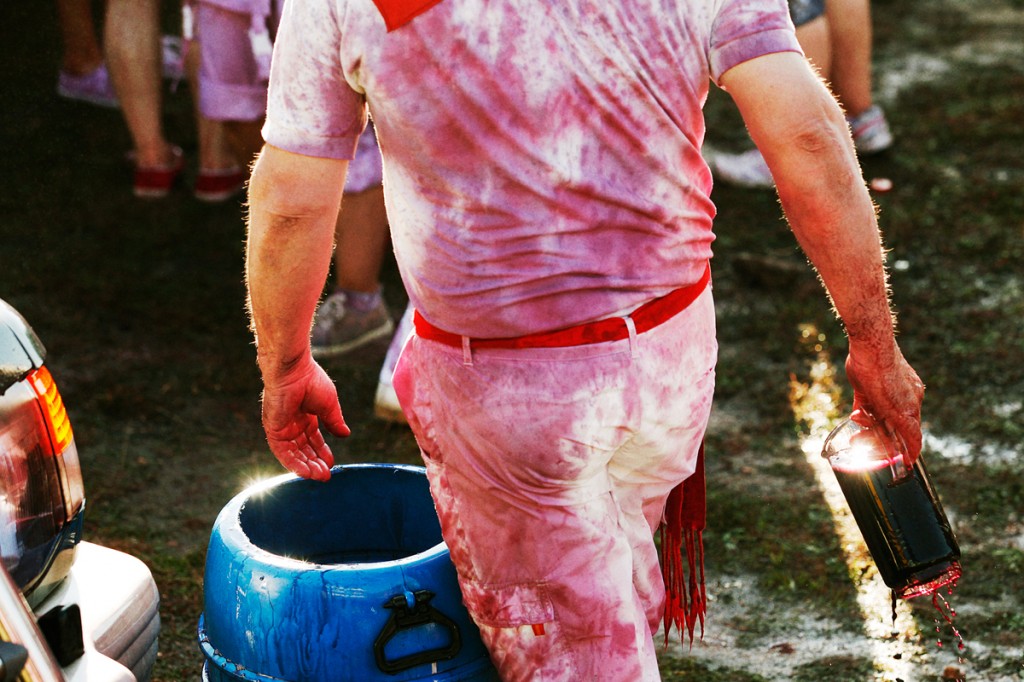 You’ve heard of La Tomatina, right? Well, this festival kicks it in the teeth. Unlike its tomato throwing cousin, there are no entrance fees, ticketing or autocracy. Since the 16th Century, the entire town has taken a pilgrimage up to Riscos de Bilibio (a hill where the festival still takes place today) to visit the remains of their patron. The rules are that you must wear white and water pistols and other liquid-launching weapons (filled with wine) are highly acceptable. The festival is always on June 29th, begins at 8am and finishes with music, eating and drinking later in the evening. Located in the tiny town of Haro in La Rioja – get accommodation well in advance! 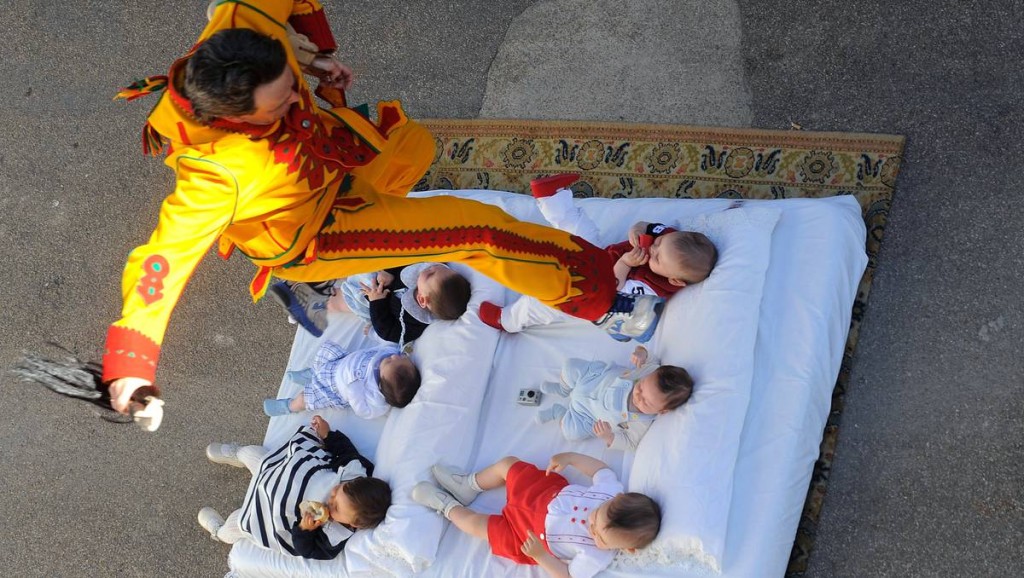 El Colacho, or “The Baby Jumping Festival” as it’s internationally known as is definitely one of the rare ones. I found out about this from a textbook when I was studying Spanish, aged 14. I promised myself I would witness this with my own eyes. Perhaps back in 1620 it was perfectly normal for a grown man to jump over new-born babies in order to cleanse them of original sin, but today – it’s merely a spectacle. The festival takes place on the first sunday after Corpus Christi in Burgos. And for public record: no babies have been hurt in the making of this festival.

Awkward Factor 5/5: (has anyone seen their parents?) 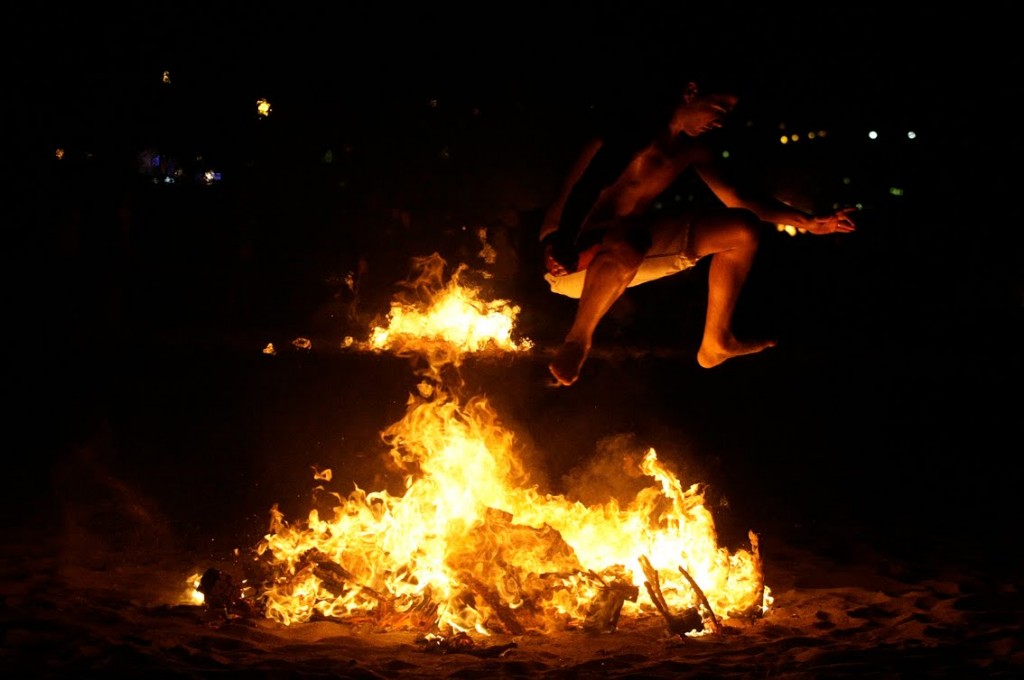 St John’s Bonfires (San Juan Sua in basque) is a festival that takes place on St John’s Eve (June 23rd). A large fire is lit at night and the entire town comes together to drink, laugh, drink and drink some more. In Pais Vasco, traditional basque celebratory dances occur (there’s a different dance for different occasions) and songs are sung. Although the festival is held in honour of St John’s birthday, it is widely acknowledged that it has pagan roots as many other countries celebrate in the same manner during the same week – the week of the summer solstice. What makes this festival fun are the people who jump through the bonfire – apparently, doing so may grant you your wish! I was surprised to find this wikipedia article has a good list of towns which usually participate in the festivities. But word to the wise, the event in Hernani is meant to be the best!

If you know of any other commonly accepted ‘bizarre’ festivals in your neck of the woods, then don’t be shy! Comment below and share your info. Opinions and thoughts are also welcome 😀

The Legend of Txindoki Mountain
Tagged with: festivals, local knowledge