On an unlikely sunny February afternoon, I had the pleasure of meeting Stuart Leech, freelance twenty-something photographer whose clients range from NME, Artrocker to The Fly and the BBC. The career of the music photographer is not something that has been well publicised, there is no direct route, no traineeship program, no immediate lines of contact. Stuart spends a couple of hours talking to us about how to get in, how to get on, and how to go up in the industry.

Q: So how did you start?
It turns out that a BA in Photography is not going to be your route in – it serves more as proof of your passion rather than ability for it. Magazines and PR companies are all looking for more than that paper qualification. In a society that does not pay for what you love, be prepared to work for free. Stuart: I just spent all my time emailing people. You shouldn’t expect to get paid for it, but when you do it’s a nice bonus. Practical experience is a necessity: along with work experience at a local paper during his gap year, the best way to start is to nag nag nag. “I just spent all my time emailing people asking if I could do stuff. I’d see a gig that I wanted to go to, I’d email their promoters or PR. I don’t call, you can always sound more professional over email, and they’d usually just say yea. They’ve got nothing to lose. 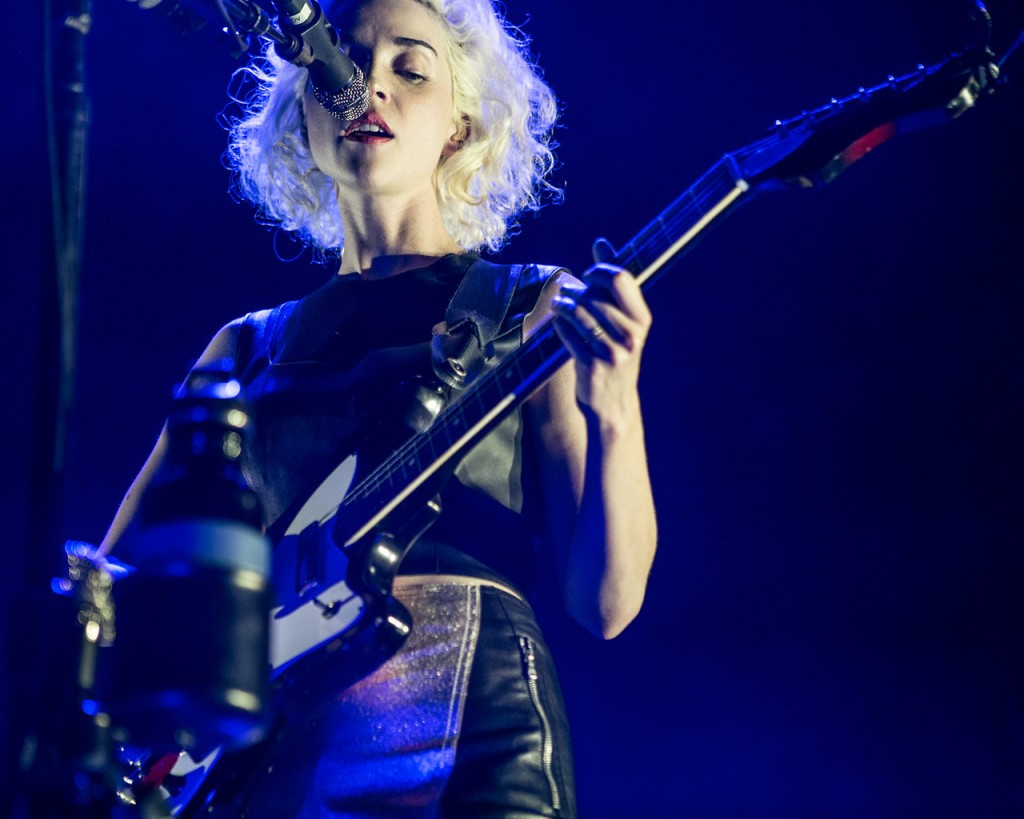 Finding work after graduation, especially in our economic climate, is not a pleasant affair so anything that is remotely associated with your field you should not turn down. Stuart: I graduated in 2008, when the recession hit, and I went into web design…you have to be flexible. What you do upon graduation is not the be-all-and-end-all of your future career. You may not always be where you want to be but just make sure you see where you want to be. Sticking at what you want and being willing to do it for little to no pay seems to be the only way to start. “I spent 4 years emailing NME before they finally asked to see my portfolio”. No matter what stage in the game you are at, you will always have to put yourself out there. Sending emails will always be part of the job.

Q: So how many weddings have you done?
Stuart: “no. I managed to escape that”

Q: When do you get your big break?
Stuart: I did a shoot for Ou est le swimming pool one day and the pictures were only seen as good because the guy killed himself not too long after and The Observer then went and used the pics because those were the last ones of him. You get exposure through the strangest ways. You can’t always plan it. Success comes in the most unlikely ways but using any and every means of communication is essential: Flickr, Tumblr, Facebook, WordPress – they are all good starting points to getting your stuff seen by people other than your mum or cousin. 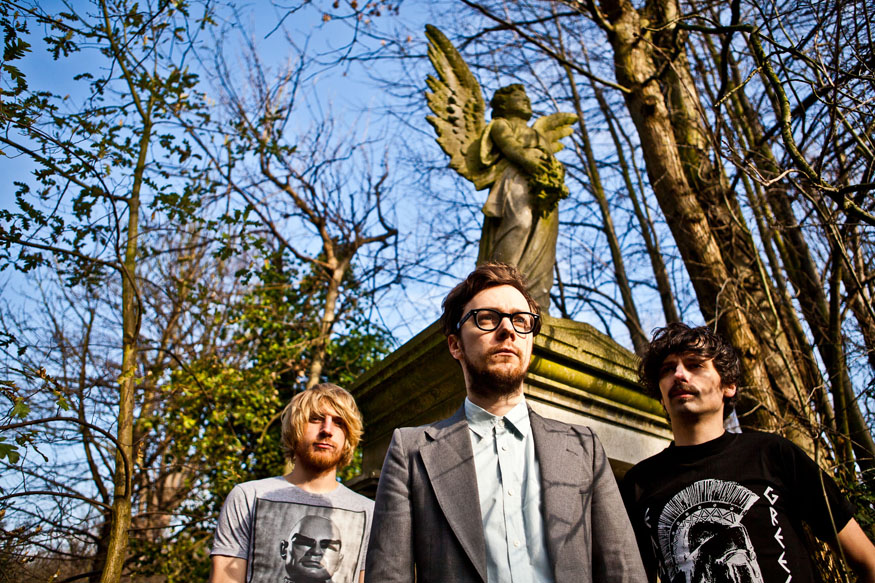 The term ‘contract photographer’ doesn’t seem to exist in this day and age. Everyone that shoots with a lens is on the freelance payroll. Stuart: from what I’ve noticed, most in-house photographers have been fired. NME maybe have two or three on a contract, if any. Major newspapers and Time Out have contract photographers, but they’re different of course. A contract could be a dream photography job as you’re on a wage and you need the steady income but with freelance you don’t know what you’re going to be doing next, that’s the excitement.

Q: As a successful photographer, do you get the opportunity to be creative?
Stuart: Usually, but either the magazine or PR decide the feel of the shoot. You always have a limited amount of time with the band so I don’t tend to have an elaborate setup. This is why working with natural light is easier because you’re not wasting the time you could have had creating a rapour with the band by setting up lights and reflectors. This rule really shines through in his work as most of Stuart’s portraiture is very naturalistic as he incorporates shadows and highlights to add texture to his images.

“There’s a trend with harsh flashguns, which is what Q and Vice seem to have been doing lately…the problem is that once you start getting fake lights you need help and you can’t afford to pay for that help”. This immediately brings up the current uproar we’re having towards internships, or as the majority of graduates like to call it, slave-ships. This is the problem we’re all facing: the professionals that are in a position to offer work (and need the help) don’t have the funds to pay for it as the creative industry increasingly devalues the worth of photographers –  especially now it’s so easy to find free imagery from Instagram or Facebook. Becoming a music photographer is certainly an uphill struggle, as they give a lot to an industry that does not give back. 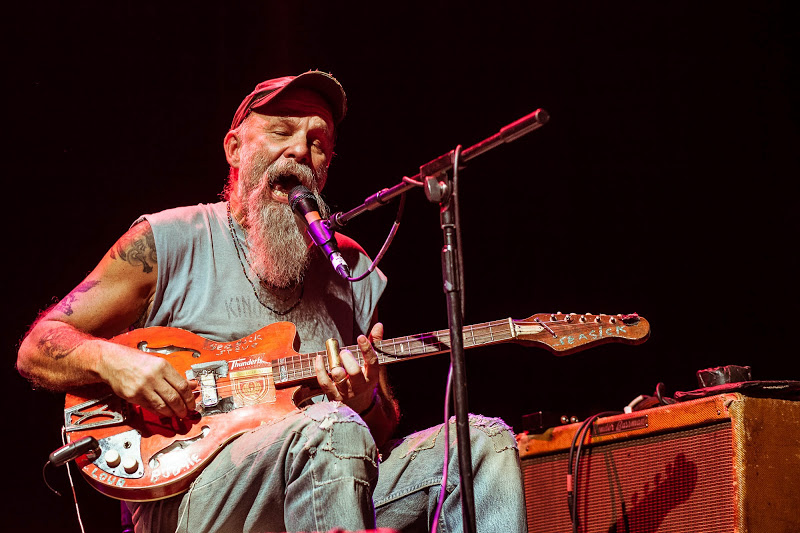 Q: Giving each band an individual feel must require extensive equipment. Who provides this for you?
Stuart: you’re never provided equipment, you’re expected to have acquired enough to work in all conditions. Sometimes you can studio hire and then charge that to the company. That is why going into photography requires a large investment. So, in addition to a career, in financial terms, whose money tree has shrivelled up and died there are still a lot of sacrifices to be made. Stuart admits that before he could waste his student loan on some useless item of clothing or drinks he’d go out and buy another piece of camera equipment. Any aspiring photographers out there can’t expect their arsenal to be fully stocked in a couple of months, there is no “photographer’s pack” that you can purchase and then you’re set. Over the years you will learn your own particular tastes and needs – whether you prefer your pancakes over your fisheyes, or your sensors over your edit features. A photographer is a chameleon because with all things technological, some pieces of equipment may become outdated.

As Stuart advises “a camera should be regularly upgraded but not everything else. A good lens is a good lens and it will last you years. Such as my 24 -70mm 2.8 cannon. It’s so useful, especially for gig photography. When I bought it I got it for £600 but now it’s worth about a grand.” When you’ve got a good thing going, go with it – cameras are changing all the time but that should not mean you should just purchase any upgrade.

Q: So what are you using at the moment?
Stuart: A Cannon 5d mark II. Most music photographers tend to use the Nikon D3S because of its ultra-large sensor. Or for the less versed in photography, it basically gives a better tonal range and colour.

It’s mostly up to the photographer where they choose to shoot. Every photographer has a bank of locations but eventually they continually need to refresh and research shoot ideas. Stuart: Most of my locations are based in the Old Street/Shoreditch area. This is where most London-scene bands tend to work, live and gig. I’m drying up now, I need to look for somewhere else! 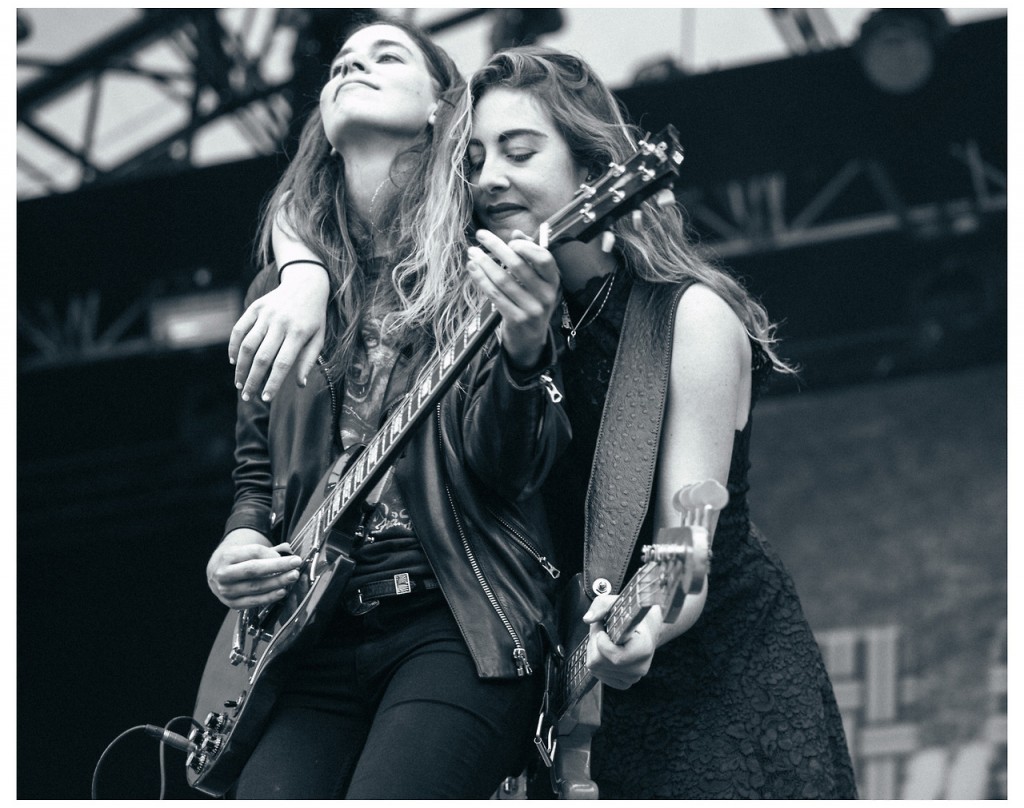 Q: Who don’t you look forward to photographing?
Stuart: New York bands. Eugh! New York bands! They try and act like they’re so cool, so they don’t communicate and they don’t listen. They just act like they don’t want to know you. I’m only here to do my job and this isn’t aiding a good shoot. There was a distinct and discernible pain in his eyes as I could see the shadow of a “trendier-than-thou, dressed-in-black” band pass across his memory. It’s not an easy job as it involves a lot of people management and people skills as bands that are hungover (which usually they are) are also difficult people to work with.

“I’ll tell you about a good experience! I got to photograph Reginald D Hunter and he was amazing. How you would hope he would be was how he was! He knew how to stand and stuff, he was amazing”. So, if you want a good shoot only shoot comedians, perhaps? Other than that option, you’ll find yourself knee-deep in New York attitude.

There is a growing resurgence of black and white photography at the moment, whether it be inspired by hipsterism or a pure love for the monochromic form. Other than editorial work and art photography, however, there is no space for it in the live music scene.

Q: Do editors want or like black and white photographs?
Stuart: No magazine publishes in black and white. Nobody. Haven’t you noticed? If you do find a black & white image it’ll only be of dead people. It’s true, after a quick recall it was difficult to pinpoint any time of recent that I had not seen an image in bright, garish technicolour. It turns out that black and white photography is not the simple case of playing with desaturation on Photoshop, you can only properly achieve it with film or attention to detail in post-production. However, this raises another problem as film photography is no longer the practical solution. You can be contracted to do a midnight shoot on Thursday and the editor will want the images 10am on Friday. This violent crave for immediacy is what is killing professional film photographers – they just don’t have the time to get things developed.

Q: So then why are some of your images in black and white?
Stuart: When lighting in a gig is flat and boring, that’s when I you convert to black and white. It makes it punchier. It gives it a timeless feel. Like the one I did of The Strokes. Even though the magazines don’t like it, the bands do. It just makes them look more epic. 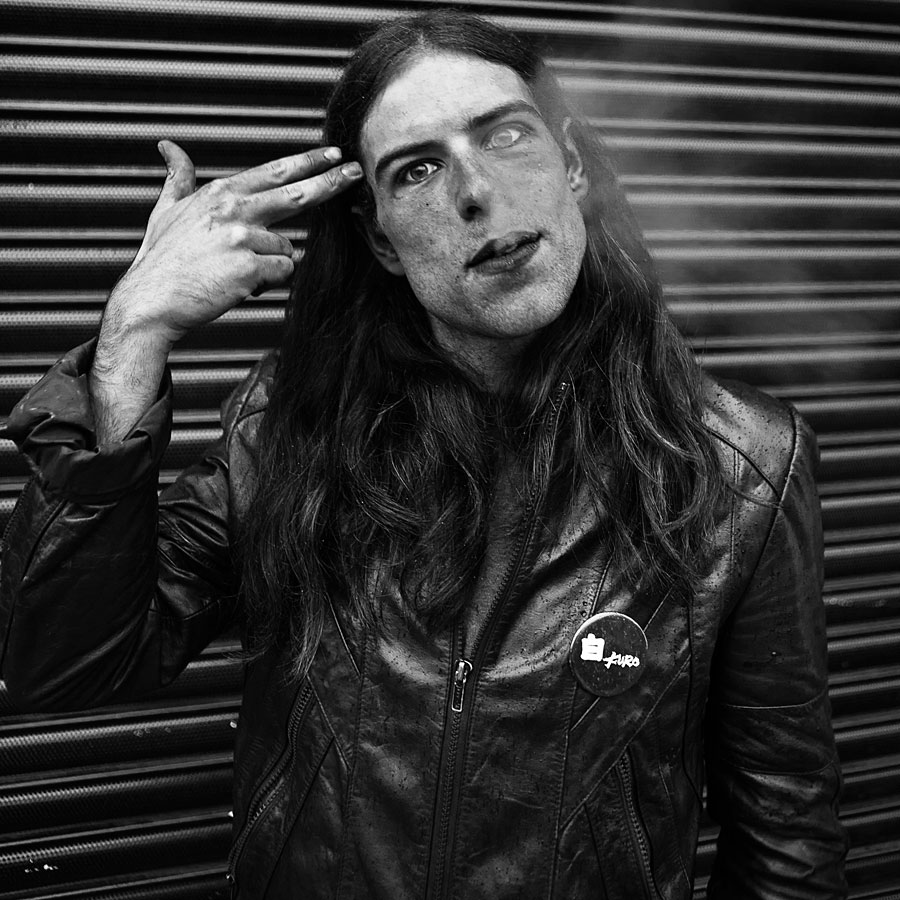 Have You Got What It Takes?

The first law of a career in photography is that you’ve got to love everything about it. You need to love every stage of its development. There’s a lot of stigma associated to types of film and camera, production processes and results but Stuart claims that none of this should matter.

“If you’ve never been in a darkroom, or loaded a film, you cannot call yourself a photographer. I don’t understand how you ever could. People have their opinions on Lomo, it’s just trendy and they say it’s fake photography but its status doesn’t matter – at least it’s keeping you in contact with film. Also, it’s pretentious to say you don’t use Photoshop. It’s about what comes out at the end, not how you got there. It’s not a job for people that just want to meet and be friends with famous people. Only when you’re going on tour are you more likely to strike up a friendship and usually it is your reputation that makes a difference. Bands and people then come after you and want to be friends once they hear that you shoot for NME or whoever.”

1) Work hard!!!
2) Don’t expect something for nothing. You can’t just chuck your photos online and expect something to happen.
3) Concentrate on what you want to do, not what anybody else is doing. It’s so easy to look at everybody else’s work and forget your own.

Keep up to date with Stuart Leech’s work by following the links above.

Industry Exposé #1: How To Start A Record Label

Melodica, Music and Me – Come Outside

2 thoughts on “Industry Exposé #2: How To Become A Music Photographer”