So Indie Week has kicked off with a fantastic line up of artists which stretch across the Atlantic. Considering there are 250 acts, it’s impossible to see them all – so the best I can do is get a flavour of who is playing. The name ‘Indie Week’ can be a bit misleading, not every band plays with a ukulele or has an electric keyboard player, so let me introduce you to last night’s acts… 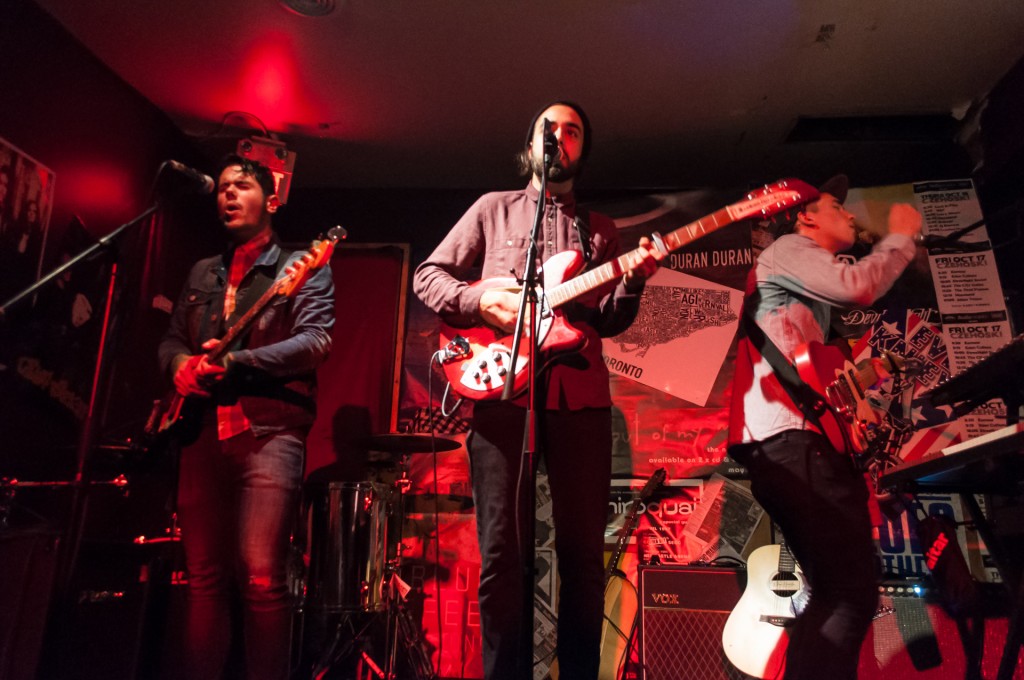 At Czehoski’s restaurant-come-venue, was the ambient, slow-tempo band, 1951 who pleased the crowd with vocal harmonies, melodic guitar picking and steady 4/4 beat patterns. Apart from the dodgy feedback and buzzing from the PA (which effected all the bands which played this venue), they received good attention from fellow Torontonians. 1951 are currently promoting their 2014 EP, ‘New Doors’. 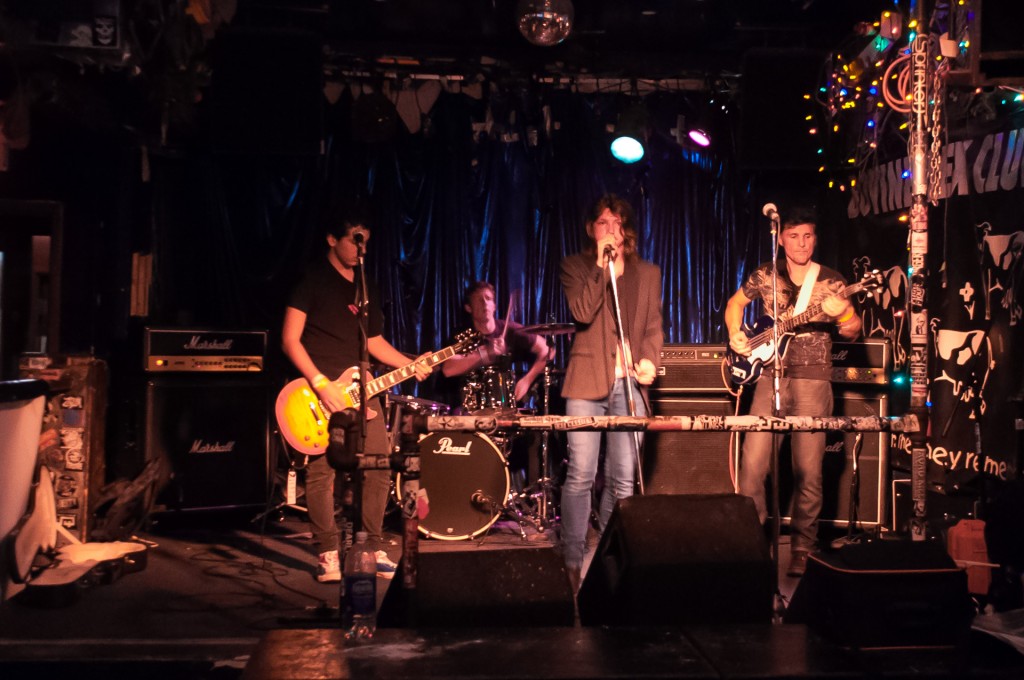 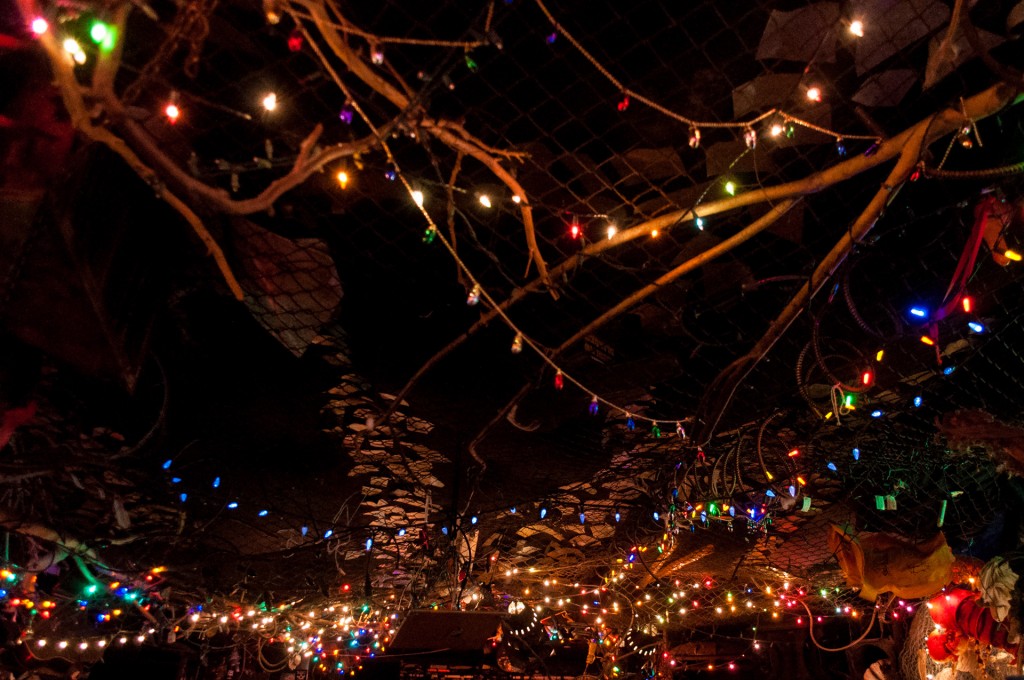 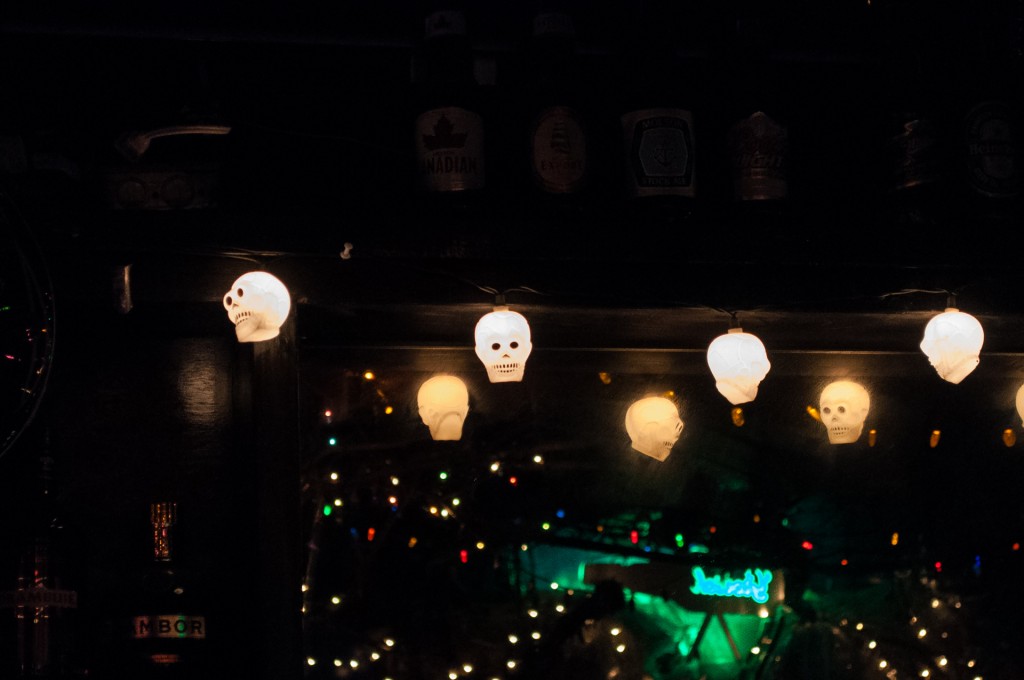 You walk into Bovine Sex Club. You marvel at the paraphernalia on the ceiling and walls. You hear the music. You head straight to the bar. You hear the heavily sung lyrics and riot guitar. You take a sip of your drink. You finally turn to the band…WOAAAHH? Is that a kid on stage? You doubt this because the singer’s voice is so deep and penetrating – then you look at his face and you say, Woooah. That’s a kid on stage! Jackson-X hails from Oshawa, Ontario and has been taking pointers from the likes of The Black Keys, QOTSA and Muse. This definitely was a comfortable set, even if the crowd were being a bit despondent. Finishing the night off with a White Stripes cover, Jackson-X is proved that he has plans to steadily seep across the whole of Canada. 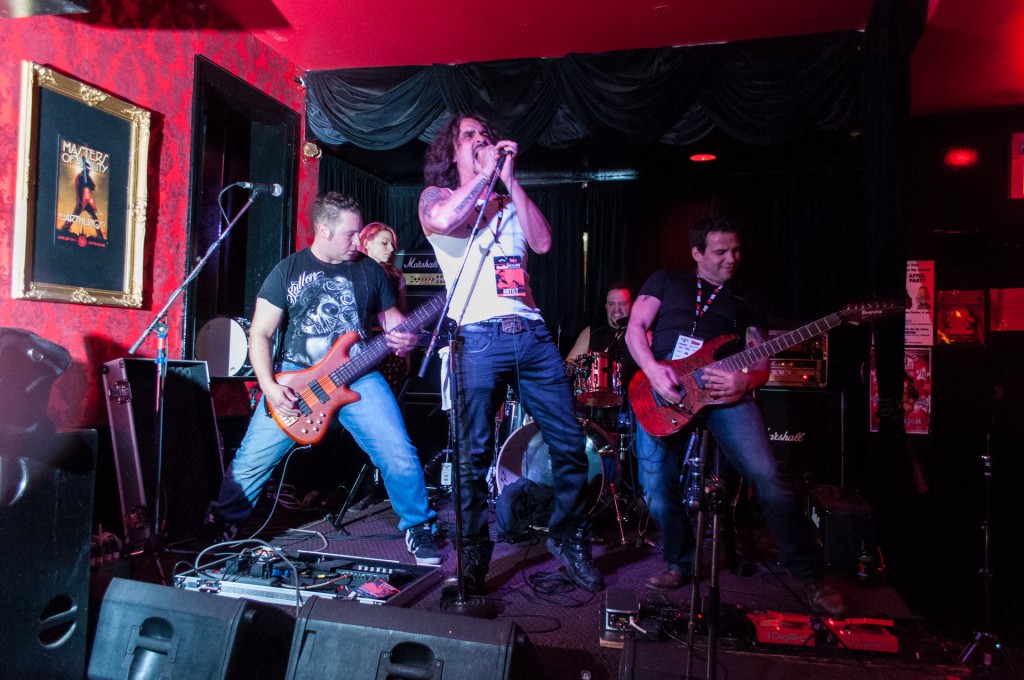 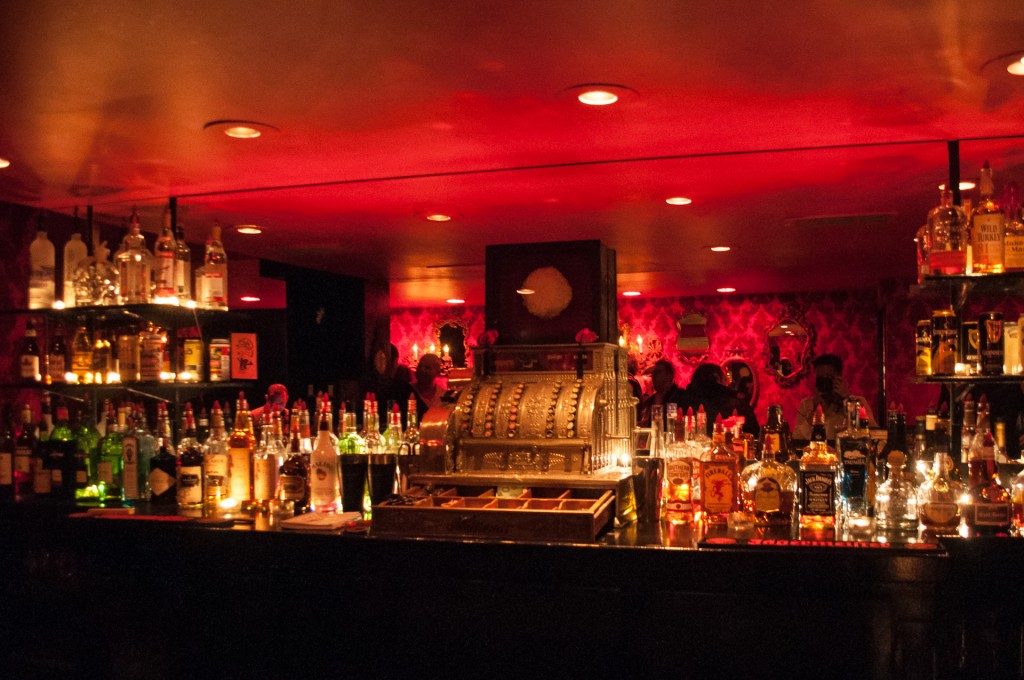 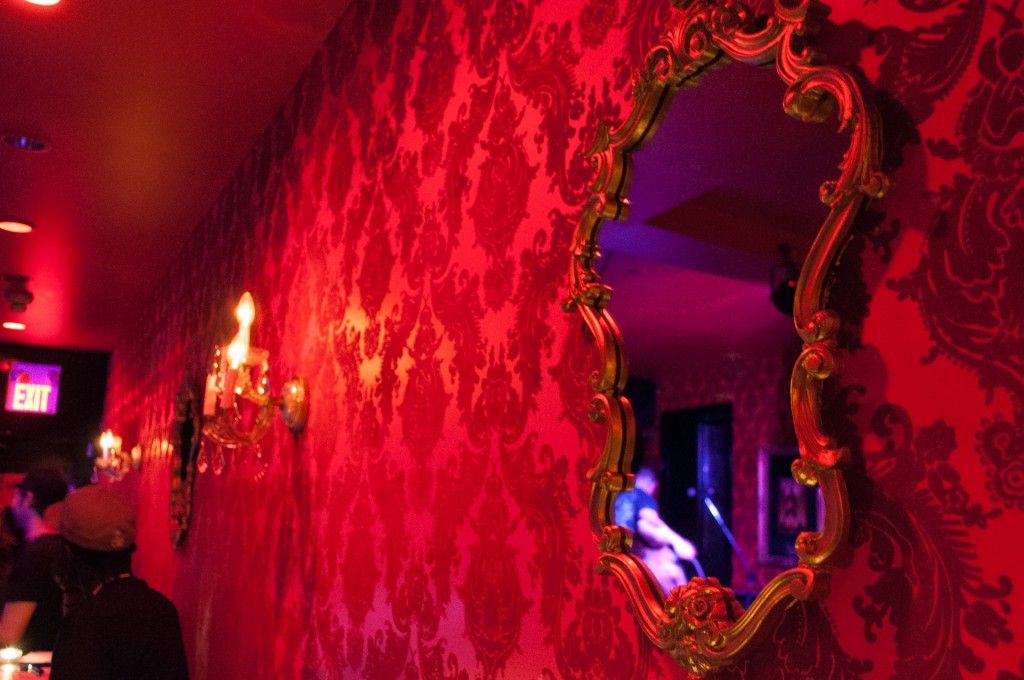 Feel like a bit of heavy metal? Oh, hell yes! Perfectly situated in Cherry Cola’s, luxurious burlesque bar – Blind Race gave an epic performance to a mixed crowd who weren’t afraid to show the sign of the horn. Tommy Geraldes‘ vocals roared whilst the rest of the band shredded their guitars and kicked the hell out of the keyboards and drums. Holding his microphone up to the heavens before each song, as if he were awaiting holy anointing, they played new tracks off their latest EP. A  ridiculous woman, on the front row continually took so many selfies of herself and chums throughout the entire set that the lead singer was compelled to take the Samsung from her and take a picture of the damn group himself. Blind Race were fantastic, and it makes complete sense why the won Best Metal Act at the 2010 Toronto Independent Music Awards. They will be playing again before the end of the week. 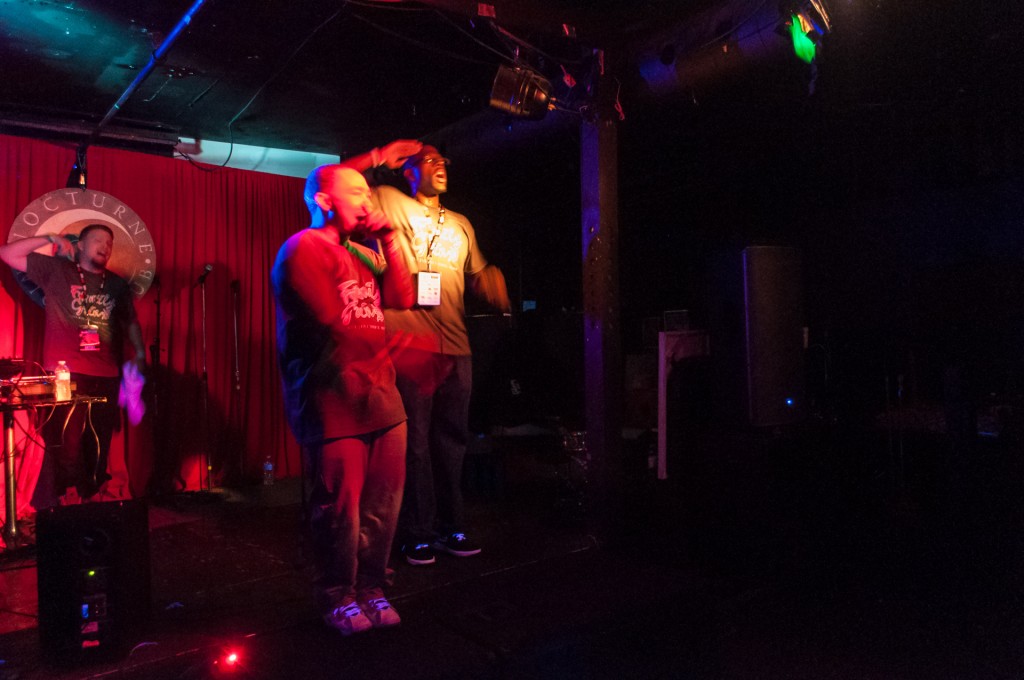 Nocturne Club brought the night round with some home-schooled, original, Detroit Hip-Hop. I can’t express how uplifted this made me feel. The beats where solid and the on-stage relationship between the two MCs were on point. They had a conversational rhythm and although it was well rehearsed, #FamilyGrind had a natural delivery. And you can’t go wrong with a free CD giveaway at the end of the gig now?