Vibe: A One Night Stand that leaves you shaking on the grass and begging for more

There has been this organic growth after a six-year run that is palpable amongst the faces of those that return year in, year out. Masterminded by LAUREL COLLECTIVE, organized by friends, staffed by volunteers and compered by Xfm’s John Kennedy, the feeling of familiarity is rife as In The Woods has created a network of people that have all come to know and appreciate one another. And now this same invitation is open to you, don’t just be a guest – become a member. 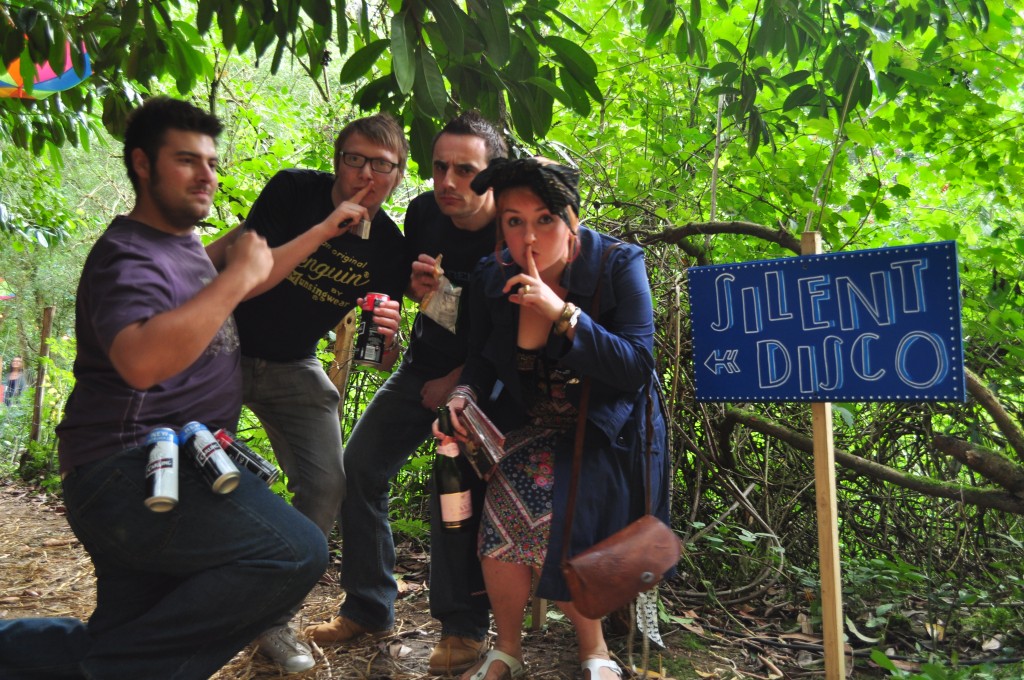 It’s just gone midday as you watch this undisclosed field in Kent begin to fill up with gentle revellers. There is not much to see, simply the silent disco that does not come to life for another twelve hours, the public piano comforted by a couch both nestling under a tent and the outdoor cinema waiting in the wings for darkness to fall. 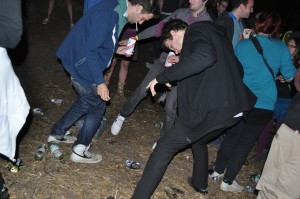 You look skywards, take off your jacket and bathe your eyelids in the September sun – it’s going to be a good day.  At the far end of the field there’s a sign propped against a gate and pointing at an entrance flanked by river and trees. This woodland walkway takes you all the way to The Quarry, the main stage set in a natural amphitheatre, but you fall short of your destination as you hear rhythm and vocal rising from your right, you detour into the Laurel Lounge, the acoustic stage almost hidden from sight by an enclave of Laurel trees, and it is DOGTANION, first artist up – you take a seat on a felled log and realise that your festival experience has already begun. 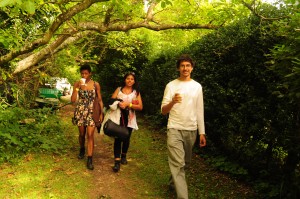 In The Woods  has consistently been recognised for finding up-and-coming talent – individuals such as ANNA CALVI, THE INVISIBLE, MICACHU + THE SHAPES and PETE AND THE PIRATES have been regular guests  at this festival; 2011, however, introduced us to a whole host of exciting and new talent. The set performed by PETER AND KERRY was a tremendous depiction of the simplicity, beauty and harmony of two voices singing together with equal amounts of passion and intention. DELS provided that much needed urban-flair, with his spitting vocals, rough beats and inventive lyrics, which definitely got the masses shuffling from side to front, to back, to side. The most entertaining group of the night, however, had to be MAN LIKE ME . A tourade of dell-boy-esque mannerisms, shell suits, trumpets, trilbys and loafers, with singer Johnny, going bare-torsoed and taking the mic for a run around in the woods – as performances go, music fails to get any more entertaining than this. 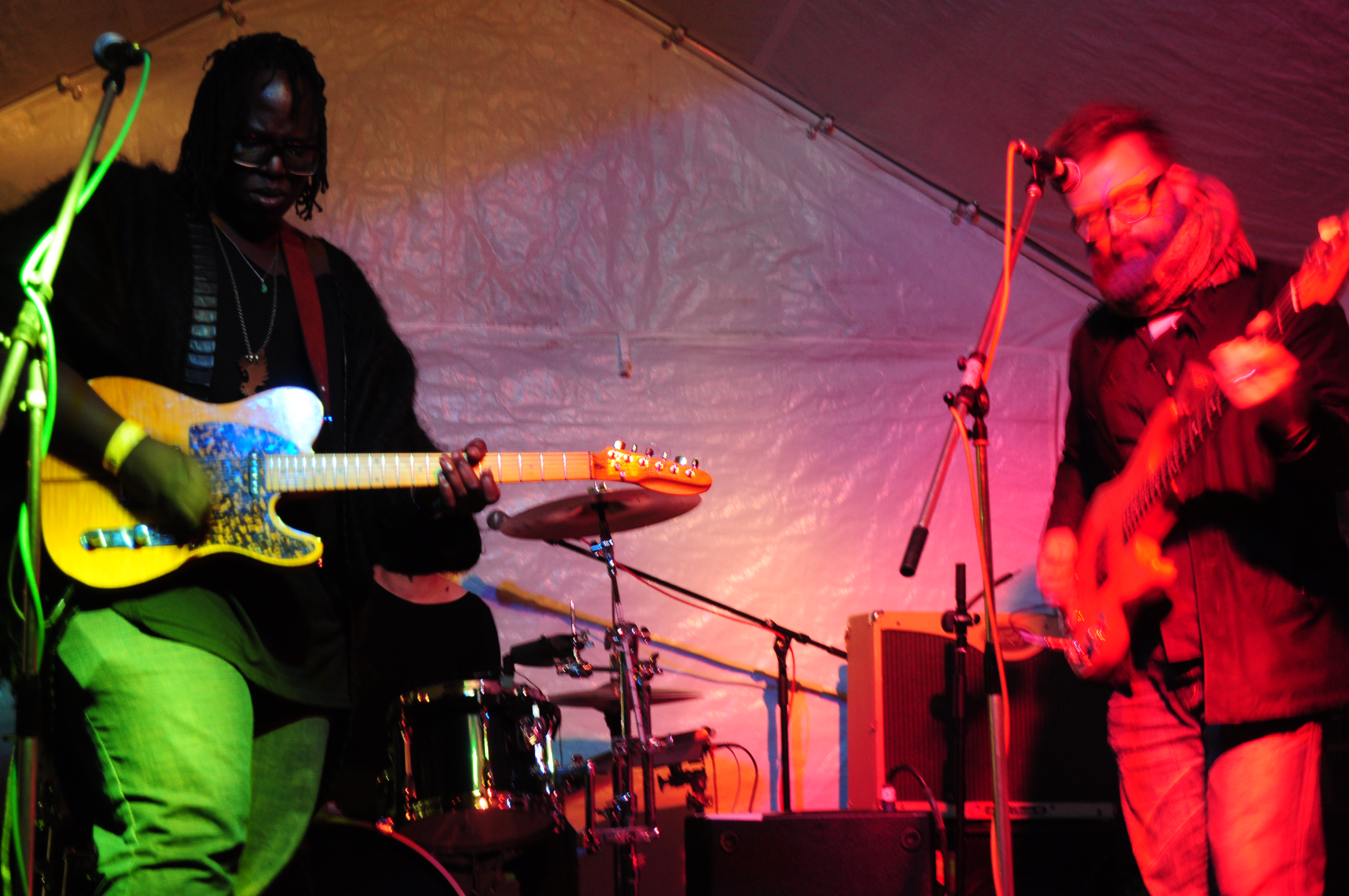 This is just a corner of a snapshot of an entire hoarde of artists on the line-up that continually wowed and amazed an unsuspecting audience.  Finally, LAUREL COLLECTIVE grace the stage and are greeted by an audience that know, from past experience, the momentum never dies whenever they are on stage. Although playing mostly new tracks off an eagerly anticipated album coming out later this, the crowd still danced as if they were songs that were played to them from childhood. 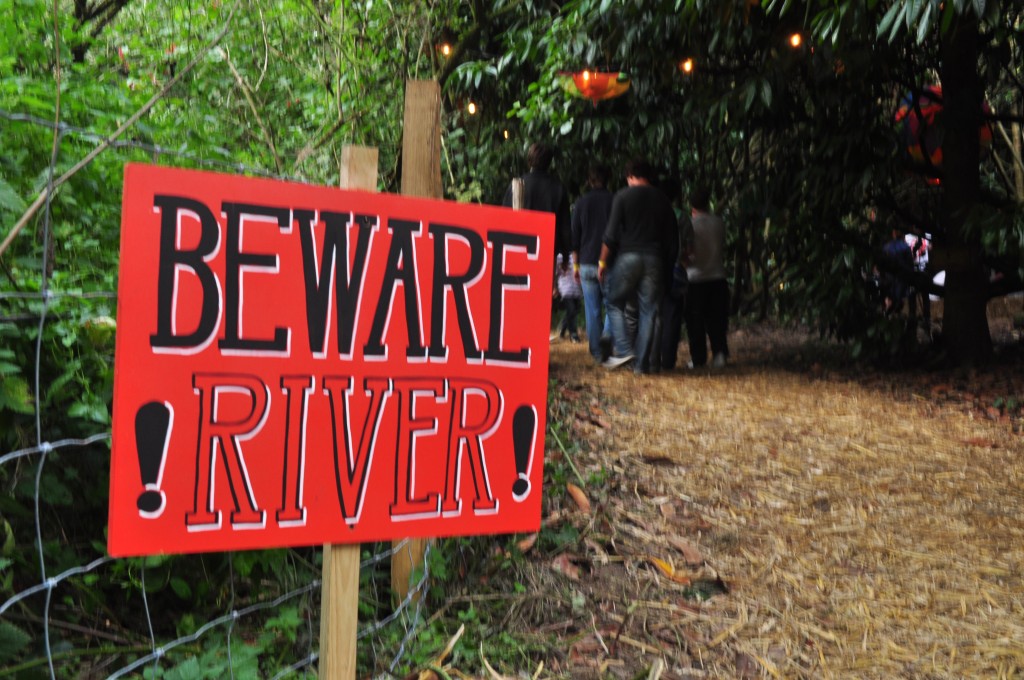 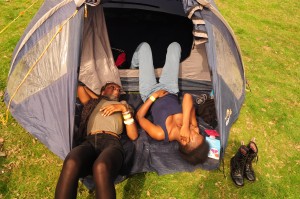 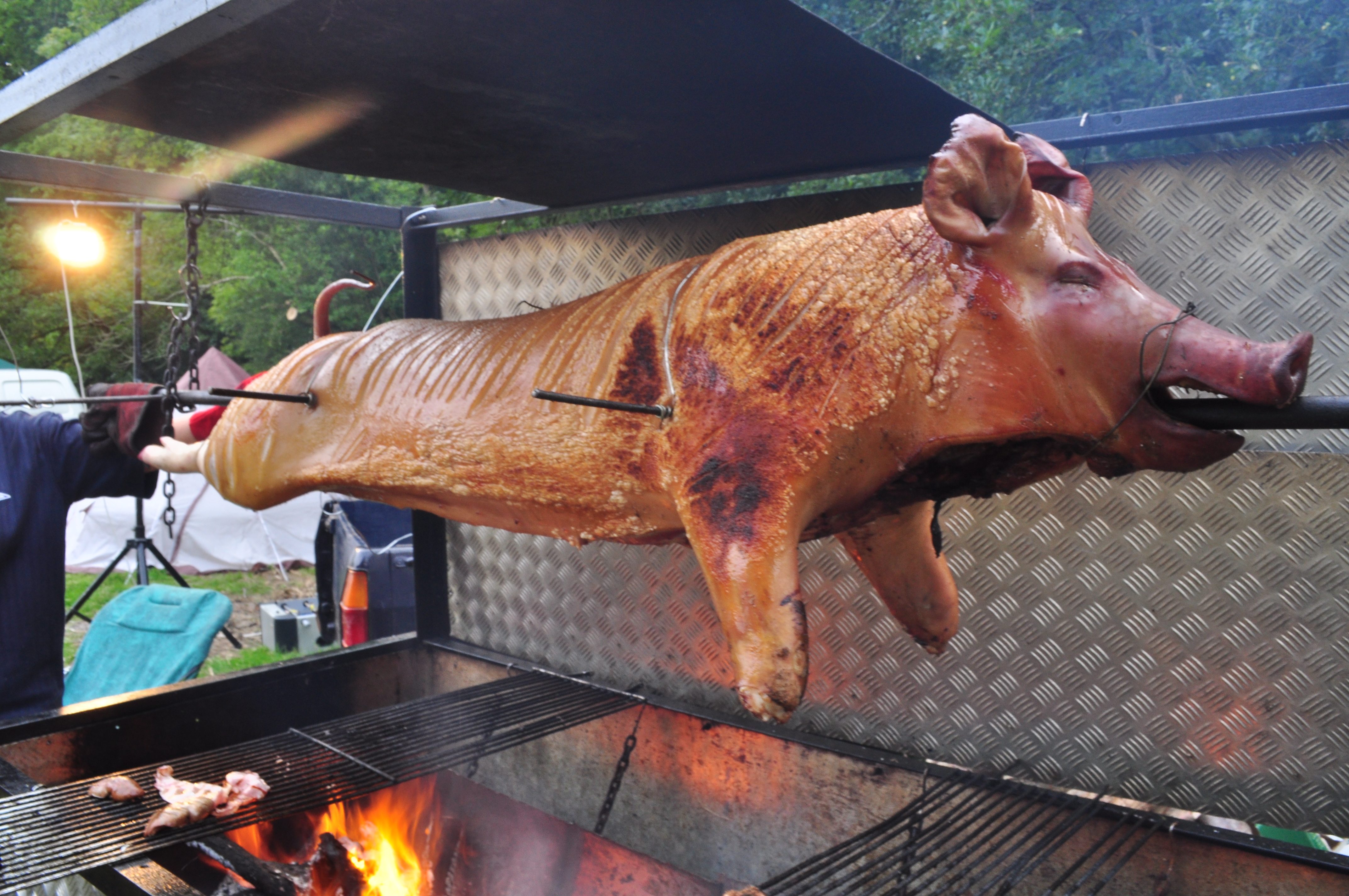 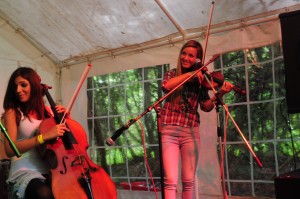 The real magic of the festival, however, is powered by the light of the moon as many of the festival’s features are only ever recognised in the dark. The string of lights that ceiling the paths, the candles in jars hanging from trees, the occasional psychedelic rainbowed ball of light and a line of lampshades to make you feel at home whilst you sit and watch a 3-D graphic art projector installation. 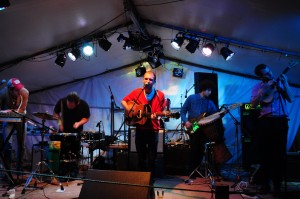 It is all this and more that have pushed IN THE WOODS into the foreground as LAUREL COLLECTIVE have managed to rekindle the spirit of a ‘festival’ as opposed to promulgating the dark reality of which they have fallen into. Which other festival can boast organically sourced burgers handmade by the staff, or a hog silently spinning on a spit, or a festival where both guest and artist can share a camping area and a cold cider around a hot bonfire? If you are looking for a pure festival experience then let LAUREL COLLECTIVE hold your hand and lead you down the woodland path – ignore every piece of advice your mother ever gave you. Go play in the woods.

Check it out on www.inthewoodsfestival.co.uk