So, why is Niagara Falls one of the most famous falls in the world? It’s not the tallest, the widest or even the largest in terms of water capacity, but yet it draws in almost 12 million visitors a year. 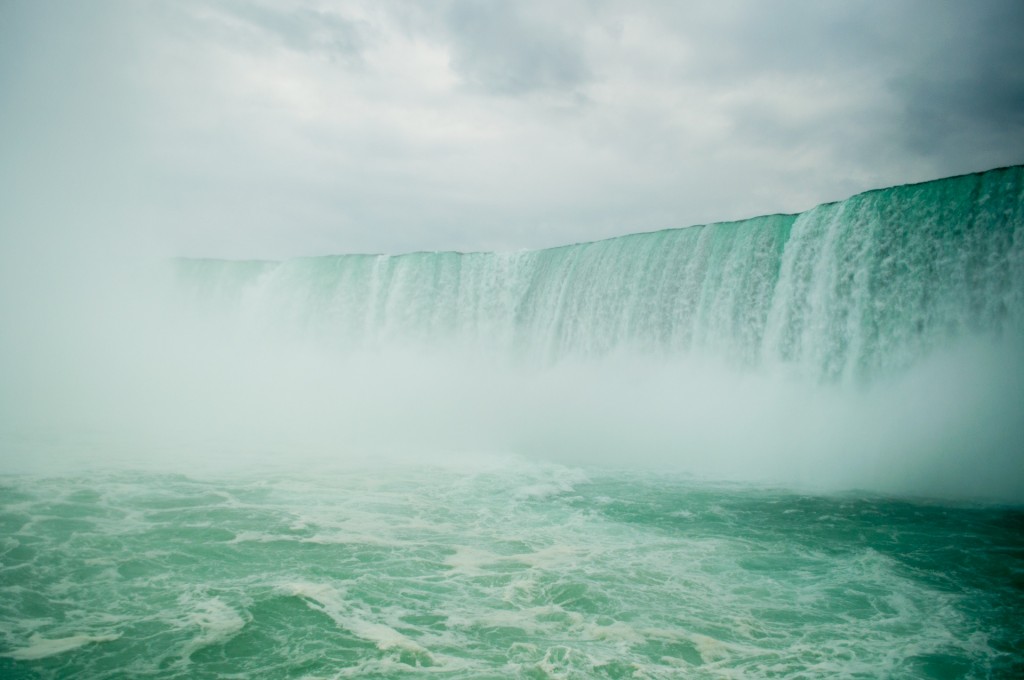 Since the early 1800s, Niagara Falls has been a top honeymoon destination for North Americans. The reason why – nobody really knows! An entire industry has grown around the falls – from merchandise, tours, casinos, IMAX shows (as if going there wasn’t real enough) and helicopter rides. Every conceivable dollar has been squeezed out of the attraction that it would be financially inadvisable to do everything advertised. On either side of the U.S./Canada border, which runs straight through the falls, there are boat tours to get you closer to the action. The Americans have the ‘Maid of the Mist’ and the Canadians have ‘The Hornblower’, which sails tourists up to the curtain of the falls. 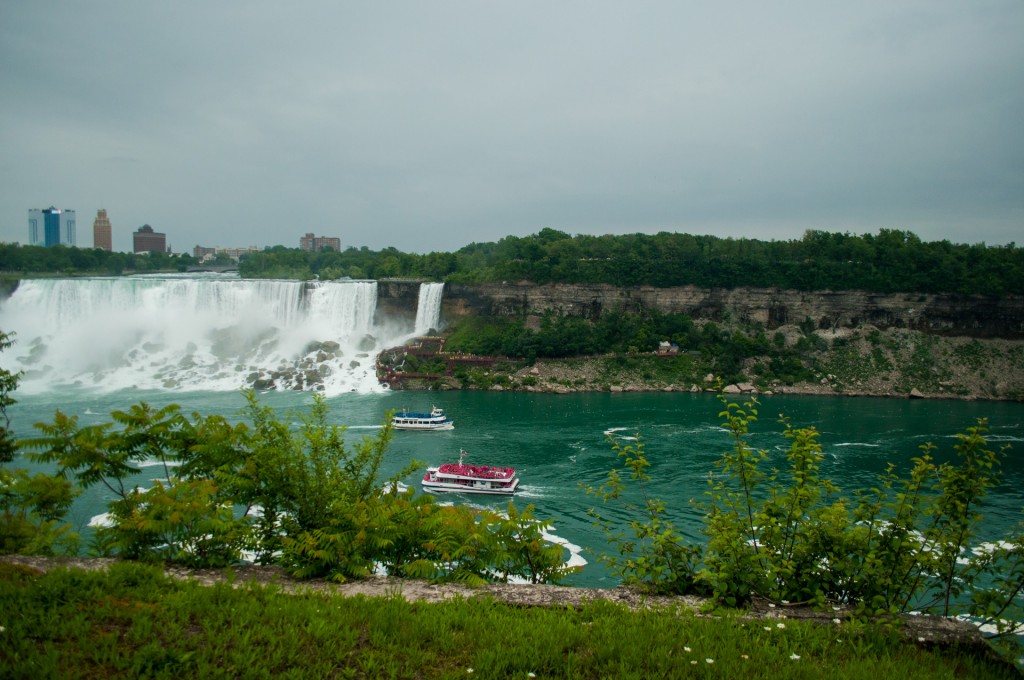 Maid of the Mist vs The Hornblower

As this was my first visit to Niagara, I mistakenly thought that the U.S.’s Horseshoe Falls were the real thing! But after a tap on the shoulder I turned my head to the right a realised my mistake. The Niagara Falls are shrouded in a mysterious cloud of mist, with fast running water disappearing into a watery abyss – displaying the dangerous powers of nature. 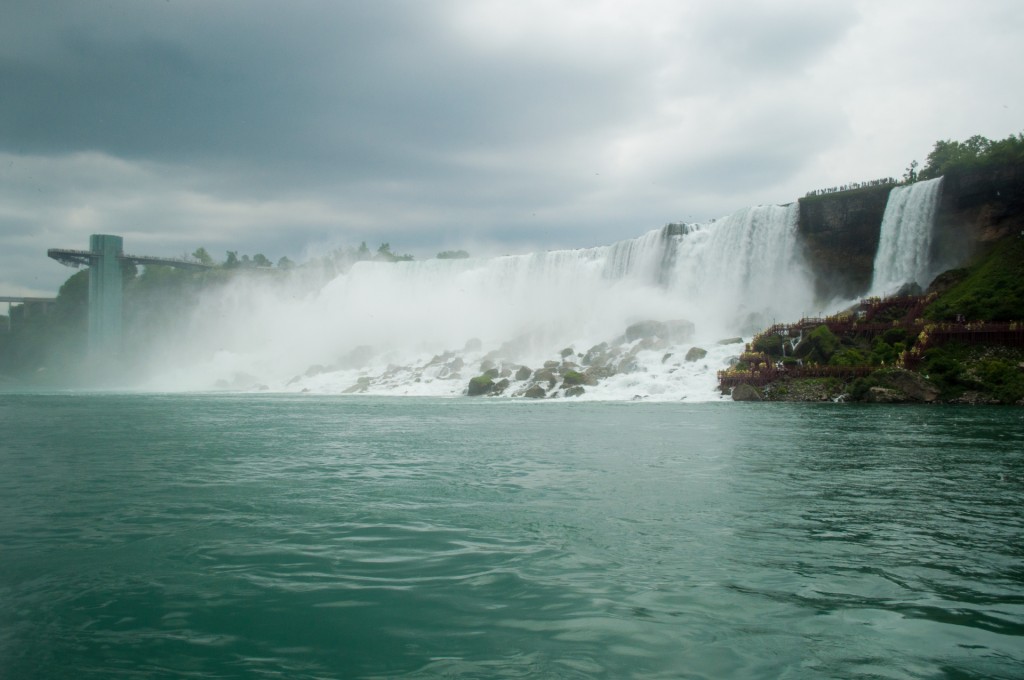 The Horsehoe Falls in the US across the river 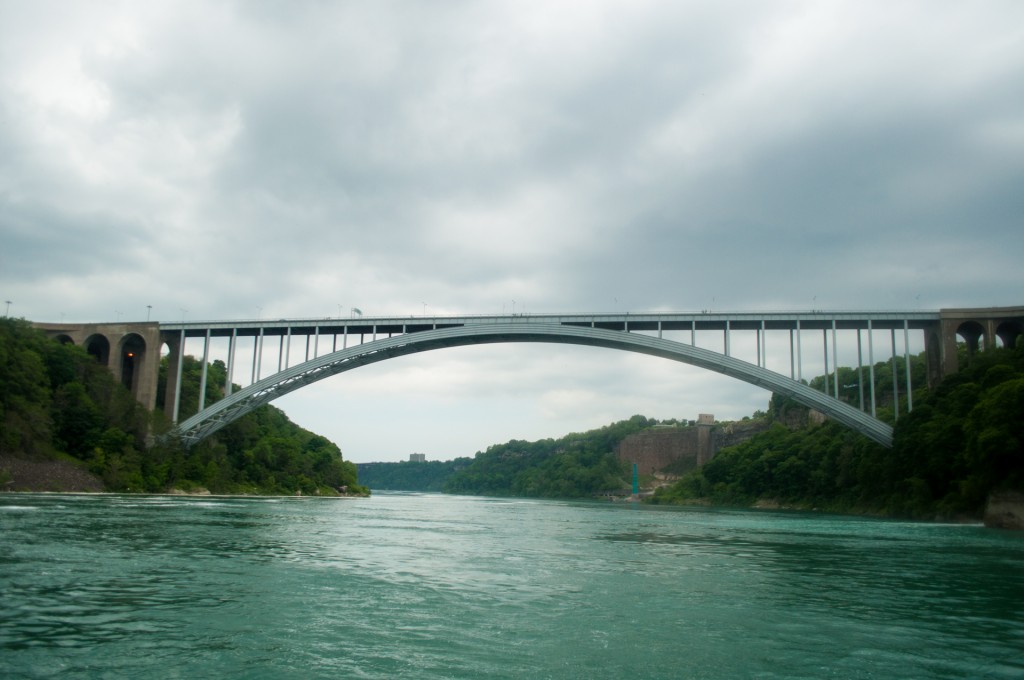 Schoellkopf Power Station which collapsed in 1956 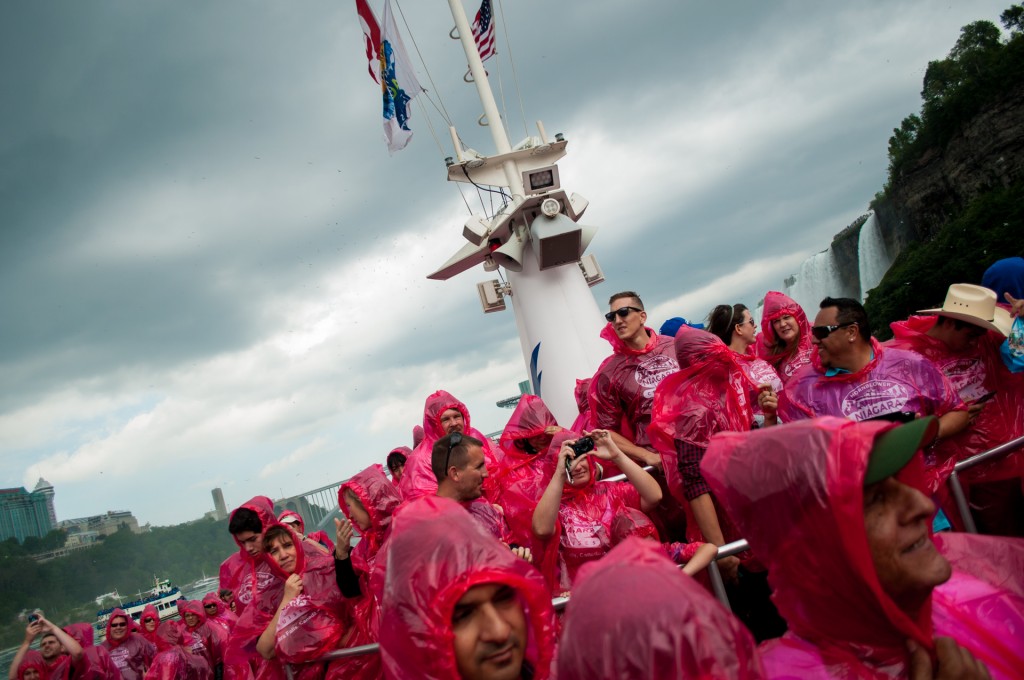 I love how close you can get to the falls. At the edge, just where the lake tumbles 167ft,  I felt like I could reach out into the crisp, marine water and fall in with it. The speed is immense. In this same spot, I noticed how the tradition of fixing a padlock to a railing had begun. There are only about ten couples who have Sharpied their names onto a lock and thrown away the key, but – who knows, maybe in another five years there’ll be 100 more. 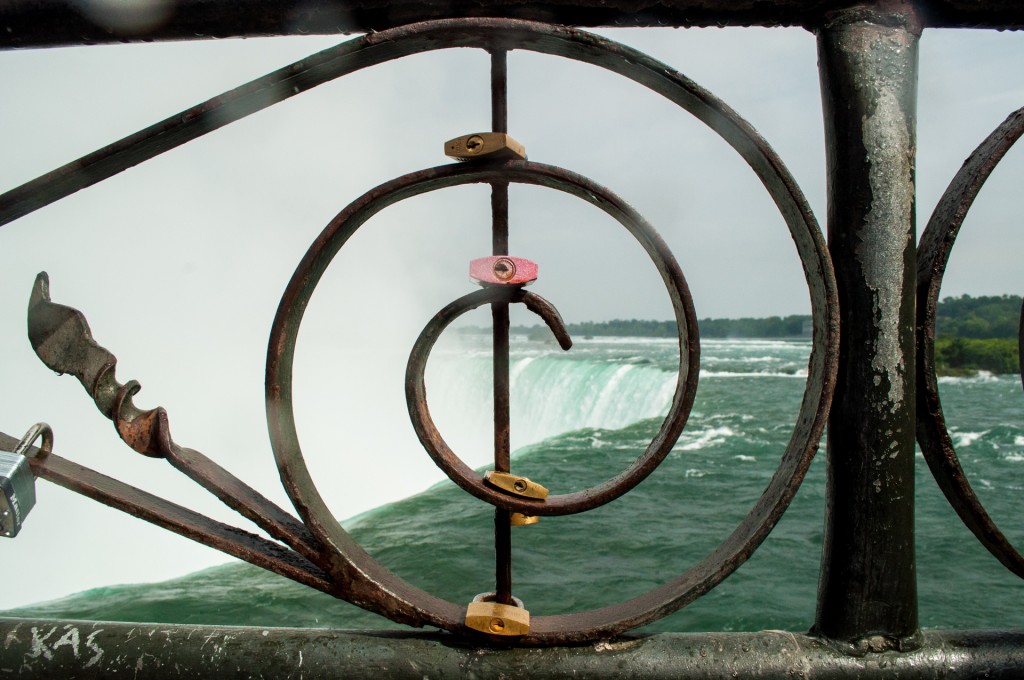 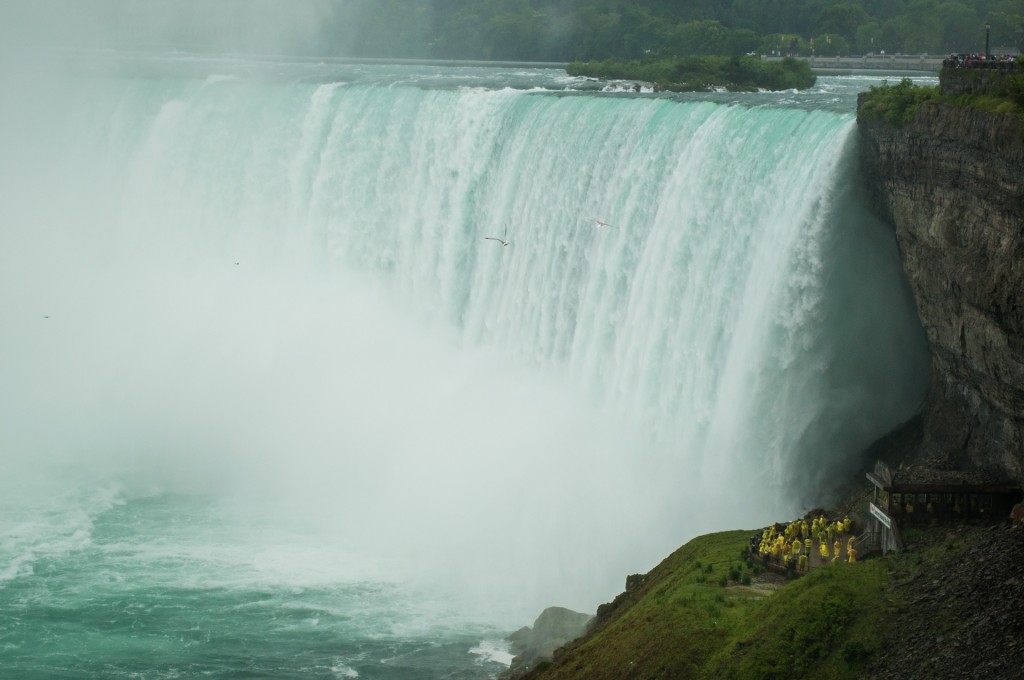 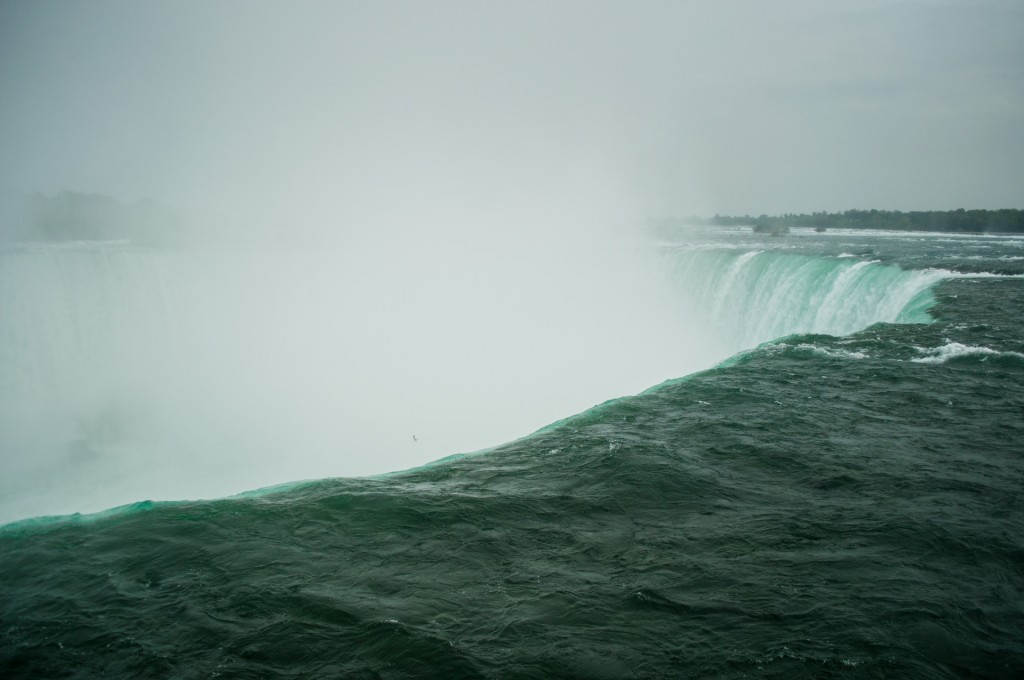 With all things of natural beauty, the scenery surrounding it rapidly changes. Just 50 years ago, very few buildings stood around the falls. There was no observation deck. No casinos, hotels, flights, restaurants or valet parking. Less than 50 years ago it was just wild, untouched greenery. A watery rainbow hidden in earth’s shrubbery. But if you like flashing lights, varied food joints and fast entertainment then Clifton Hill is the place to be – just 5 minutes away. 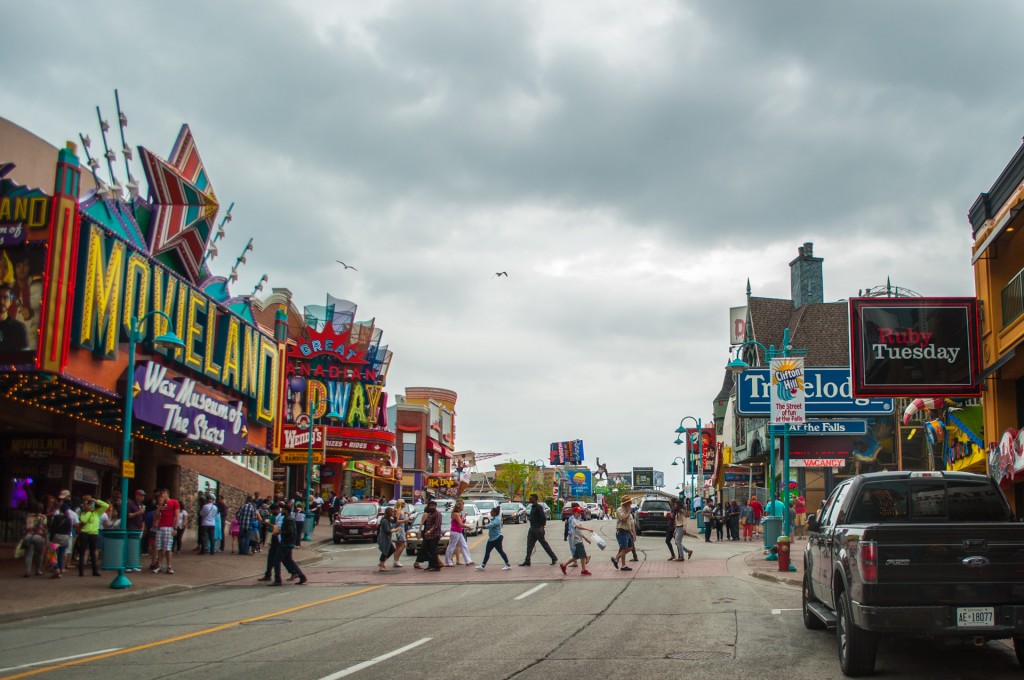 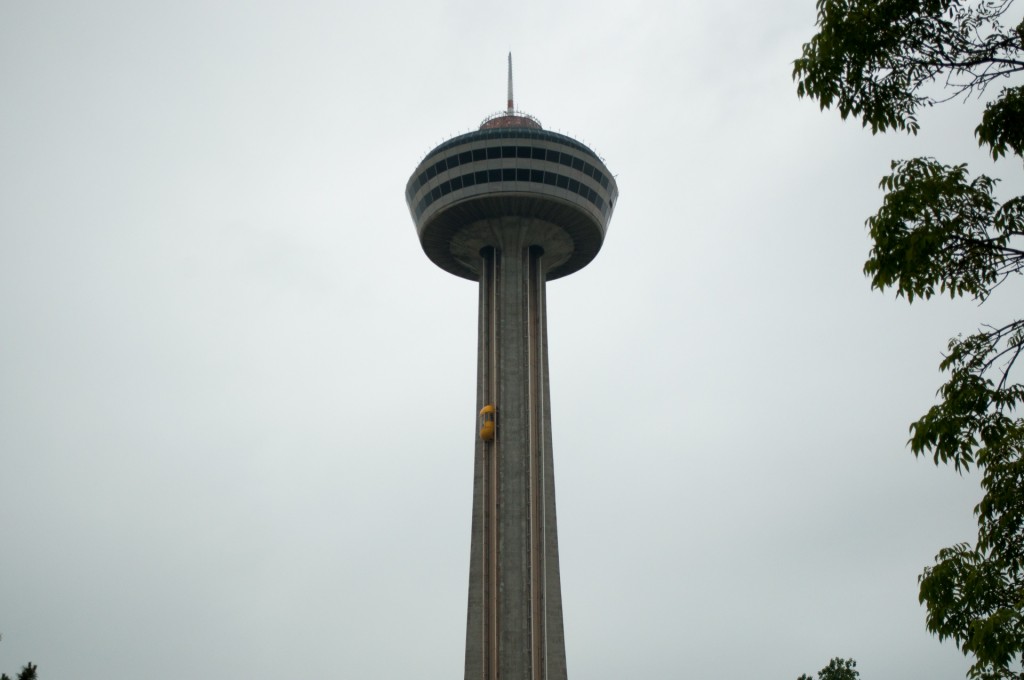 The adventurous traveller never spends an entire day by the falls, but goes half an hour north to Niagara-on-the-Lake. This place was the first capital of Ontario, was the location of one of the first newspapers in the country and is also known as the “prettiest town in Canada”. Niagara-on-the-lake was constructed in the early British classical tradition; timber-framed, pastel-coloured buildings running no more than three storeys tall. The horse-drawn carriages also harks back to a bygone era and a 19th Century apothecary on the main street remains unchanged – its jars, decanters and pipettes all smothered in a layer of idealistic dust. 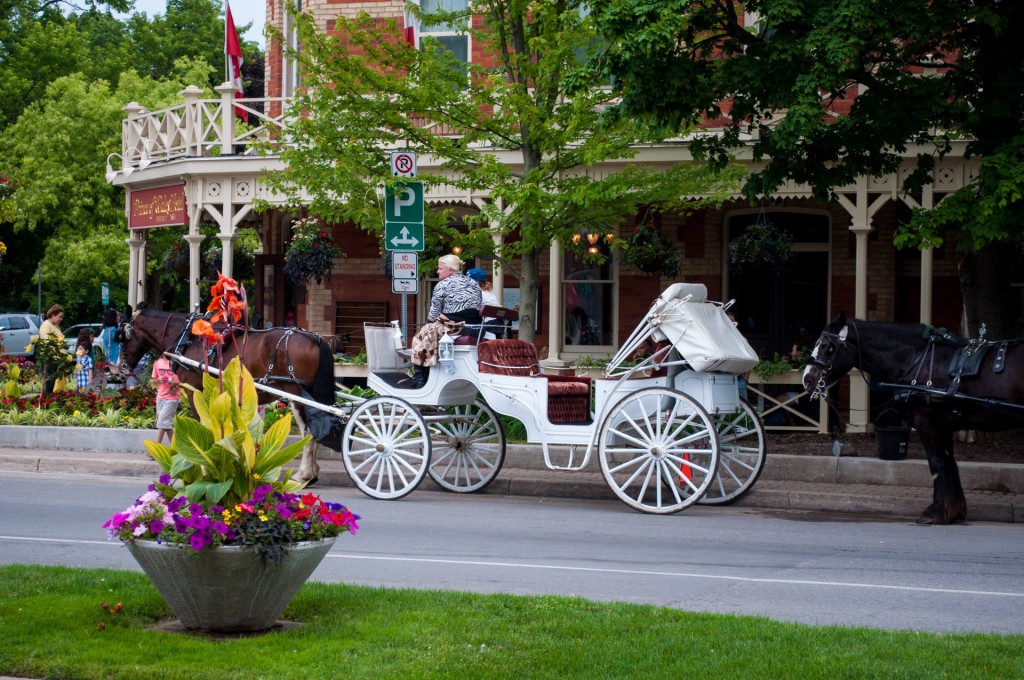 If you’re ever looking to spend the night, you can’t go wrong with the Pillar and Post Inn. It’s definitely not the cheapest place to stay, but when you’re full of sweet treats, quaint shops and beautiful scenery, you’ll want to treat yourself.

“Quaint” is definitely the correct word to describe this place and I can see why Canadians truly enjoy spending the weekend here. Not just because of the views of Toronto across Lake Ontario, but because of the proximity to the abundant vineyards. Ever heard of Niagara Wine? Neither had I until I moved to Canada, but it proves to be quite popular. 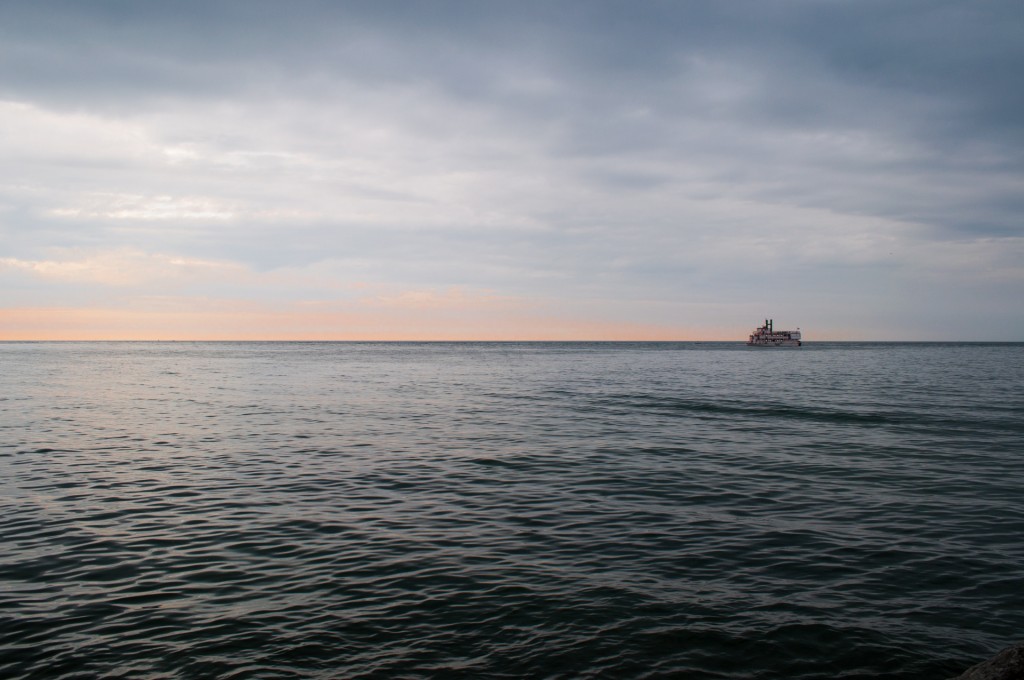 I hope you’ve enjoyed this post on my time in Niagara. Don’t be shy, get in touch below or find me on Google+, Bloglovin or Instagram!