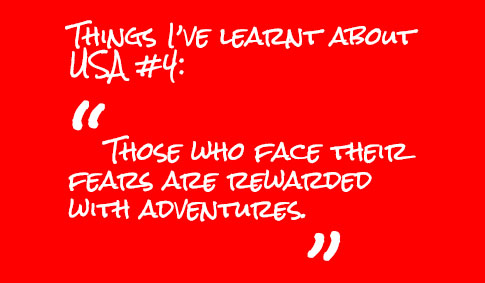 My arrival was not great. I quickly realised I had NO reason to be in Chicago as my best friend from school, who I hadn’t seen since the ‘90s, said she wouldn’t be able to make the meet-up….AFTER I had already bought my flights. Sometimes I’m just too impulsive! So here I was in the ‘windy city’, aimless, alone and booked into yet another IHA hostel and hating life. Waking up in the morning and spending the day adventuring around town, I quickly realised Chicago had no heart. There’s no centre. As naïve and idiotic as I was, this completely threw me. This was just proof of how much of a novice traveller I am. I had gained years of experience from visiting the major platz, plaza or square in different cities but I hadn’t learned where to point my compass if there was none. So I panicked and went online to find the answer. 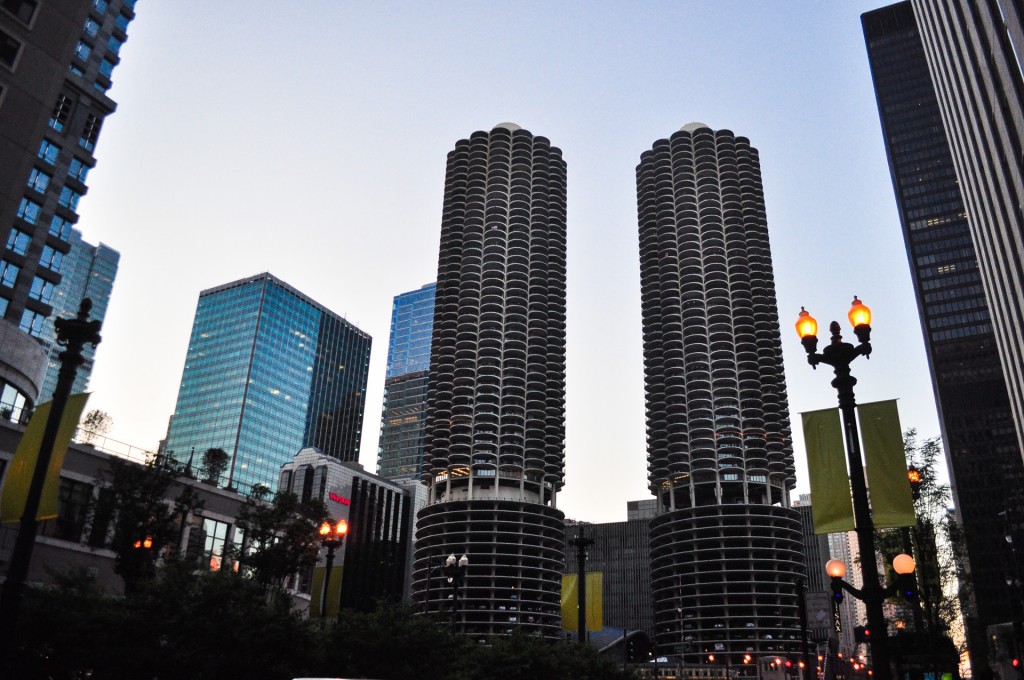 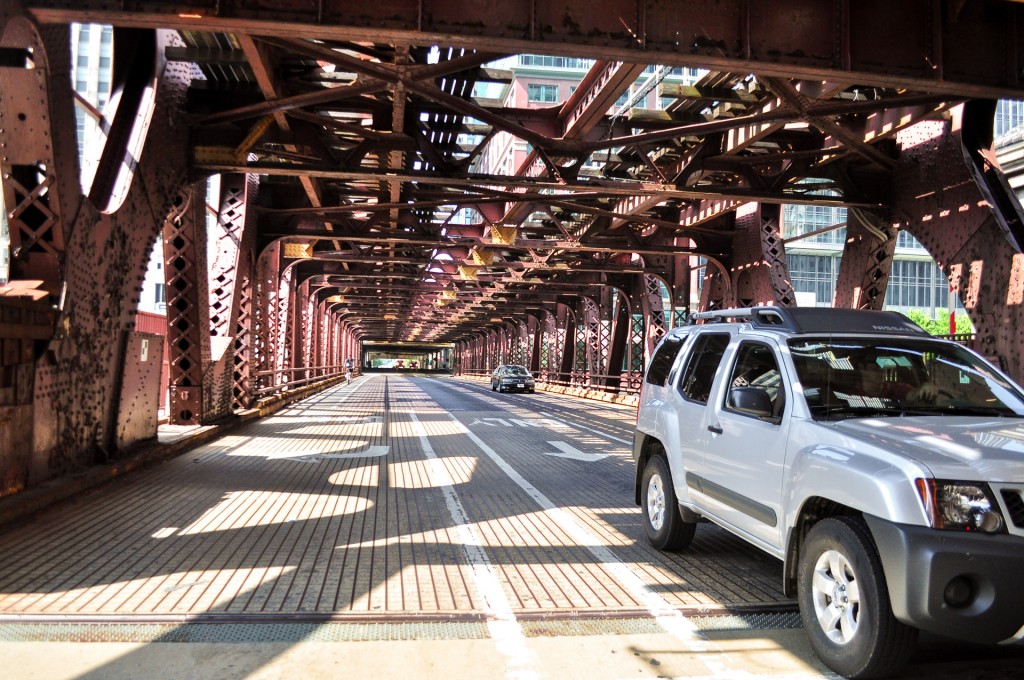 Chicago tries to place itself on the tourist map with attractions that I don’t believe necessarily reflect what it’s all about. A few decades ago, apart from ridiculous gun grime, pizza and jazz – people found it difficult to image Chicago as anything else; but being the third largest city in the States means getting with the cultural agenda. According to Tripadvisor, the top 5 attractions are:

Oh, how many theatres and music halls was that..? I think I lost count. I had absolutely no interest in how Chicago made its golden era name, all I wanted to know was what makes it NOW?

Travelling solo can be quite a unique, mind-altering experience but never has my loneliness so poisoned my experience of a city. I can’t describe how dissatisfied and angry I was with this glass-caged metropolis. I was wandering empty streets, gazing up at glass buildings and monotonously riding the L Line (Chicago subway), because it travelled in a loop. Chicago is the lowest I have ever felt, in all the cities in all the different parts of the world. I genuinely can’t describe the burning despair that had, out of nowhere, grabbed a hold of me. I found I was asking myself a lot of questions. Why are you here? What do you hope to achieve by coming to the States? Did you ever think solo travel is just a sign you had no friends? You could be saving thousands of dollars for bills at home! Looking back it all sounds so melodramatic, but anyone who has ever spent any significant time with themselves would know that shit gets very cerebral, very quickly. So after a third evening wandering as lonely as a cloud, I sucked in my tears and made a determined b-line for my lifeless hostel. I was going to buy a flight back to Washington. Back to the last person I had seen and spoken to. 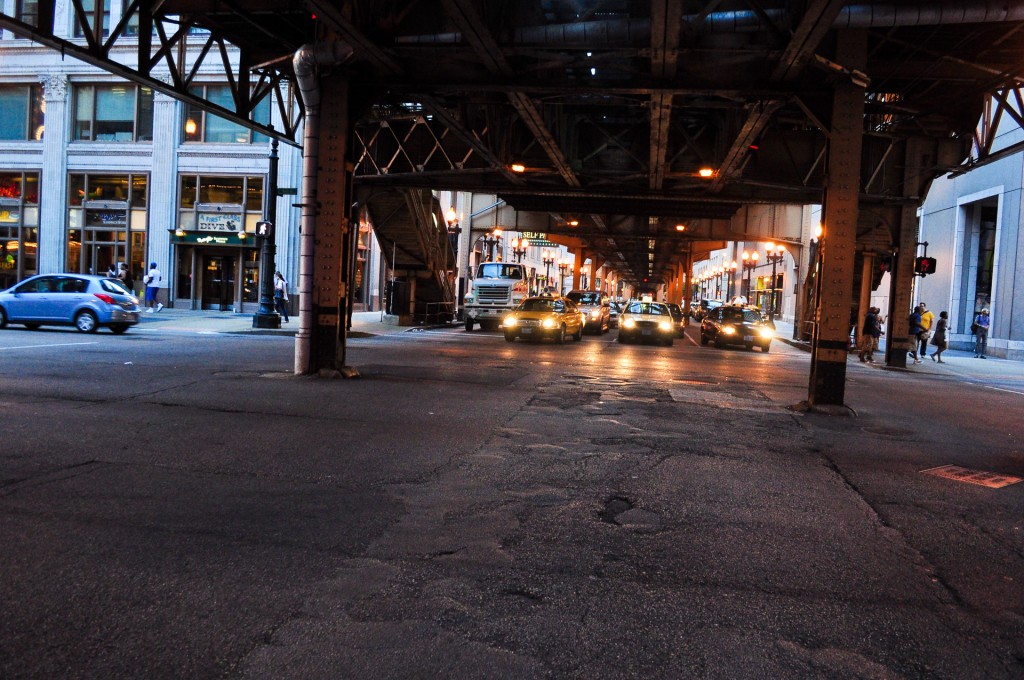 I felt so claustrophobic from the endless overhead subway bridges

Should I stay or should I go?

On the walk back I passed a brightly lit, but empty bar. A mini-van was parked out front whilst a couple guys in leather trousers and ripped jeans were hauling in guitars and amps. I smelt a gig brewing. Every inch of my body willed me to keep walking, pack my bags and get the first flight outta there. Oh, but my inner groupie would NEVER let me pass on seeing a show. A drink for the road, perhaps? 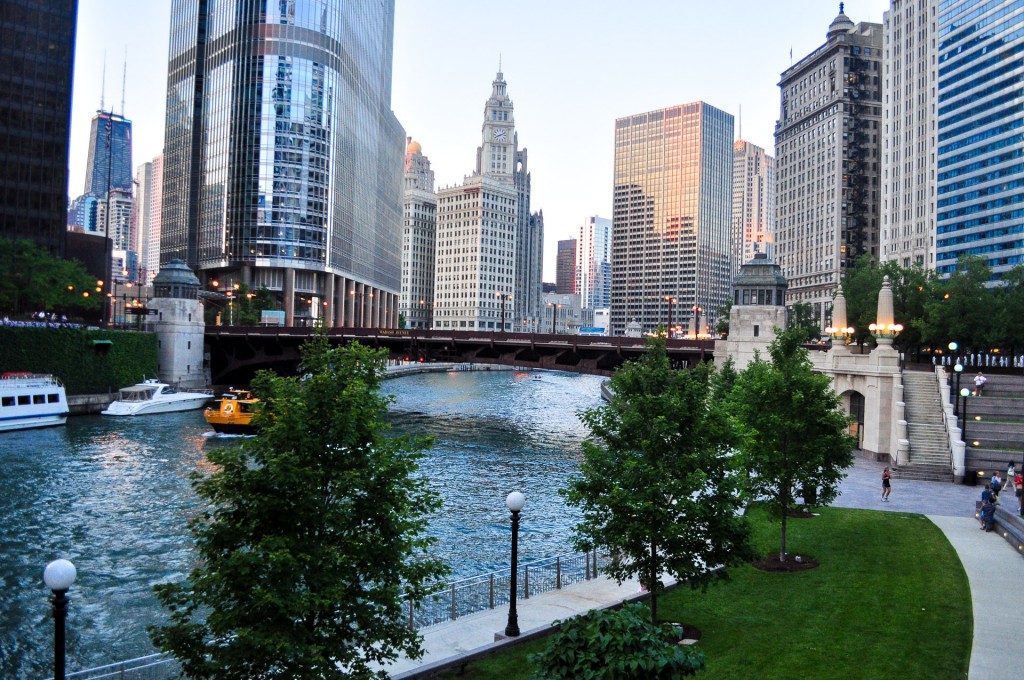 The architecture was the only upside!

I was in there so fast it hadn’t registered that I’d pulled up a stool at the bar, ordered an I.P.A and had already got into conversation with the bartender. After an hour, a girl who noticed my accent swivelled around in her stool and said “How’re you finding Chicago?” She was simply asking a commitment-free question – but I bet she wasn’t expecting the outpour I gave in response. IT F***ING SUCKS! I HATE CHICAGO! I’M GETTING OUTTA HERE AS SOON AS I’VE FINISHED THIS DAMN BEER, WHICH TASTES LIKE CRAP, BY THE WAY. From that moment on – she made it her personal mission to change my perspective on things. Her first step was to introduce herself as Mel, and buy me a second drink.

Mel was my angel. It was as if the spirits of the city had sent her to look after me. After a few hours of wild laughter and crazy chatter she told me to ditch my dead hostel and bunk-up with her. She had an empty room as her flatmate was away for a few days. Then at some time between midnight and sunrise I was back at her apartment with her neighbour drinking absinthe cocktails and learning about The Windy City.

What to do in Chicago…according to Mel 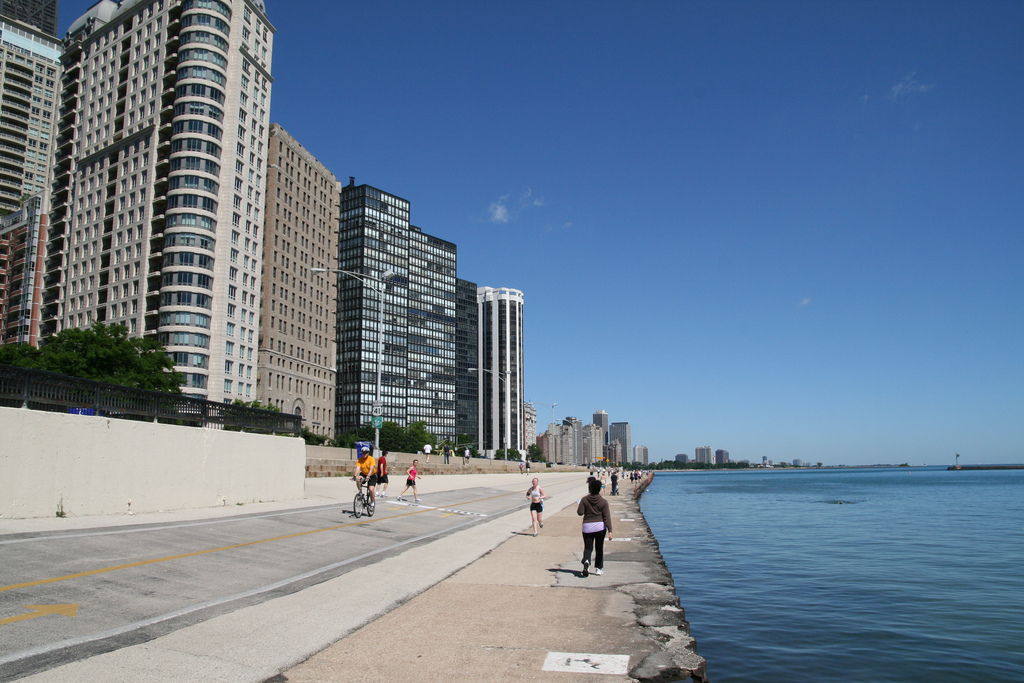 Known as the Lakefront Trail, there’s some beautiful harbourside which stretches for 20 miles and takes you through beach, streets and parks. Hire your bike at Bike ‘n’ Roll or the city-wide bike sharing scheme, Divvy. And whilst you’re at it – make a detour and stop off at the Lakefront Brewery for a tour with a souvenir pint glass, beer and fun for a mere $7.

Up your street cred 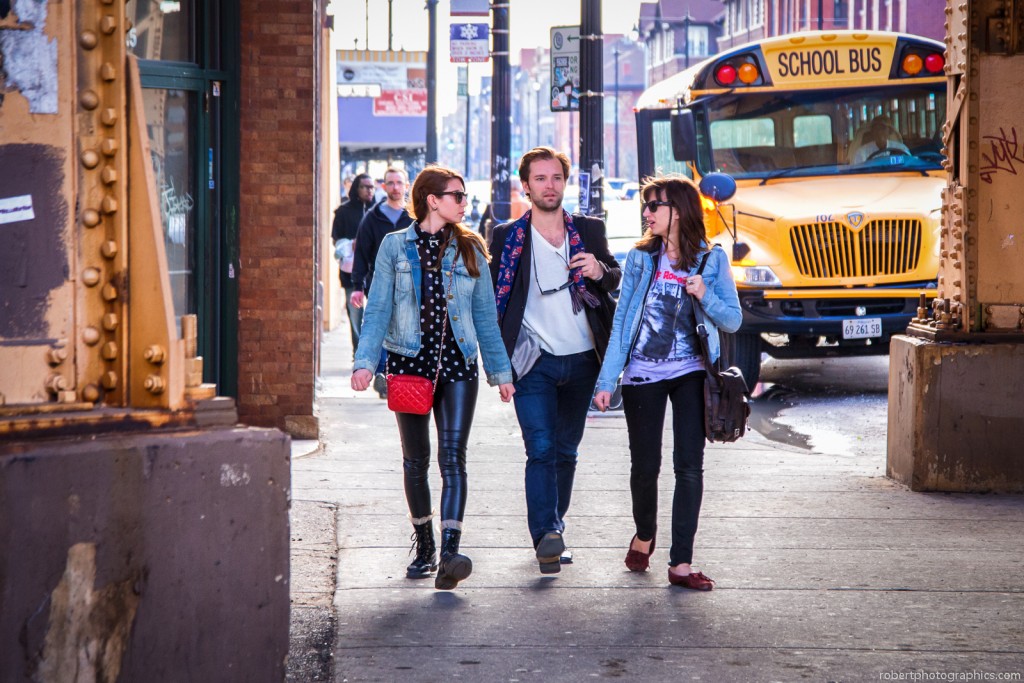 Officially labelled by Forbes as the ‘Midwest Mecca of hipsterdom’, this flourishing district is home to artists, musicians, boutique clothes joints and health food stores. Oh, don’t worry – there actually is a park amidst the madness. Feel free to grab a friend, a picnic and you can also be one of the many beanie-wearing, moustachioed, twenty-somethings smoking under the sun. Wicker Park is also a hive of late night activity for live bands and polished-up dive bars. 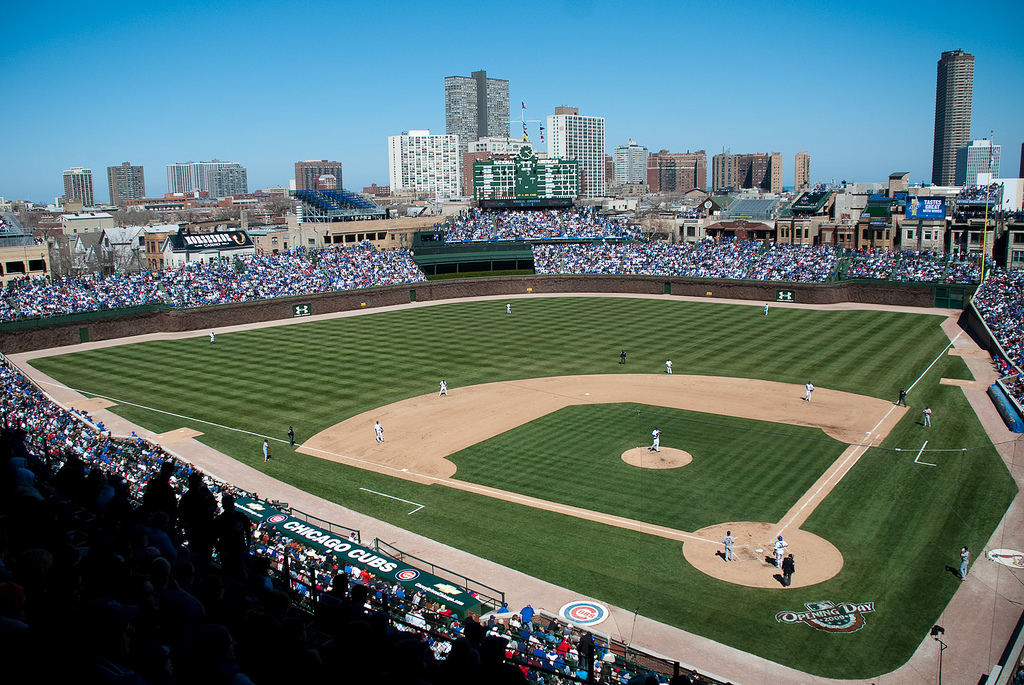 This baseball field is insanely popular for the locals as it’s home to the Chicago Cubs. You don’t even have to be a big baseball fan to appreciate it, as residents support Wrigley Field as a matter of pride rather than interest. The idea of watching a baseball game might be as boring as hell, but never underestimate the joy of holding a hot dog whilst cheering in the stands. This is Americana – embrace it!

Get curious at Millennium Park

Never have I walked through a park and seen such random wonders. A free way to feed your eyes and your interest. During the summer, the pavilion hosts various events including dance, music and drama. Millennium Park is an homage to the city’s innovation with architecture, art and landscape cascading together. The famous Cloud Gate, also nicknamed ‘The Bean’, enchants visitors with its convex and concave reflections, whilst the Crown Fountain water feature changes face.

After having had a personal and heartfelt tour of Chicago, I felt so integrated into the city. I had a flatmate, neighbours and a local watering hole all in under a week. Even though I felt as though I was welcome to stay for as long as I needed, I knew I had to move on. This trip had no route and with that, Mel advised me to travel south. “Go to Nashville. It’s way different from Chicago, but I hear it’s lively.” I thank Mel for coming to my rescue at a time I had almost given up. This is the first lesson I learned along the trip: NEVER GO BACK. I scrawled these words into my journal to remind myself of the opportunities and relationships I would have lost if I had given up and returned to Washington D.C.

Leaving Chicago, I spent $50 and twelve hours on the Greyhound voyaging south. Only to find myself in the sweltering heat of Nashville, chasing a German around on the most random treasure hunt of my life. STAY TUNED!