Is it possible to dislike Paris but still love the museums, sights and culture? It’s like hating Spain but loving the beaches, food and weather. I suppose what I want to say is that I’m simply suspicious of Paris. I’ve been more than once and I’m always left with this underlying bad taste in my mouth. As a friend of mine commented, “Paris would be so nice if it weren’t full of so many Parisians.” I dislike it when people live up to the Anglo-French rivalry due to tradition rather than cause. This, however, hasn’t stopped eight million Brits voyaging to the land of the Gauls each year.

It’s been an absolute struggle writing a post on Paris. The first reason being that I don’t have any tasty, insider’s tips to the city, and the second is that I have never been inspired to document it in photographs. I simply find myself stood on the Champs-Élysées wondering what I’m doing here and why I’m wasting my life. Not enough people make their own opinions about Paris, they simply revel in the tourist board propaganda. So this is a post for those who simply refuse to believe the hype. But don’t worry, I always give props where it’s due.

The Palace of Versailles

Paris is steeped in history and oversaturated in an enviable culture that brings millions of travellers around the world flocking to its vineyards, shores and cathedrals. I have always been in love with the idea of palaces and castles (The Winter Palace in St Petersburg is on the top of my bucket list) so there’s no surprise that I’ve been to the Palace of Versailles – TWICE! It’s simply unadulterated opulence in its finest form. It’s definitely one of the most unforgettable attractions in Europe, and if you don’t believe me – then where else would you shoot a Christian Dior advert starring Charlize Theron? This palace represents both the height of power and last days of the French monarchy. These pictures were taken on my lovely medium format Yashica – still works a treat! 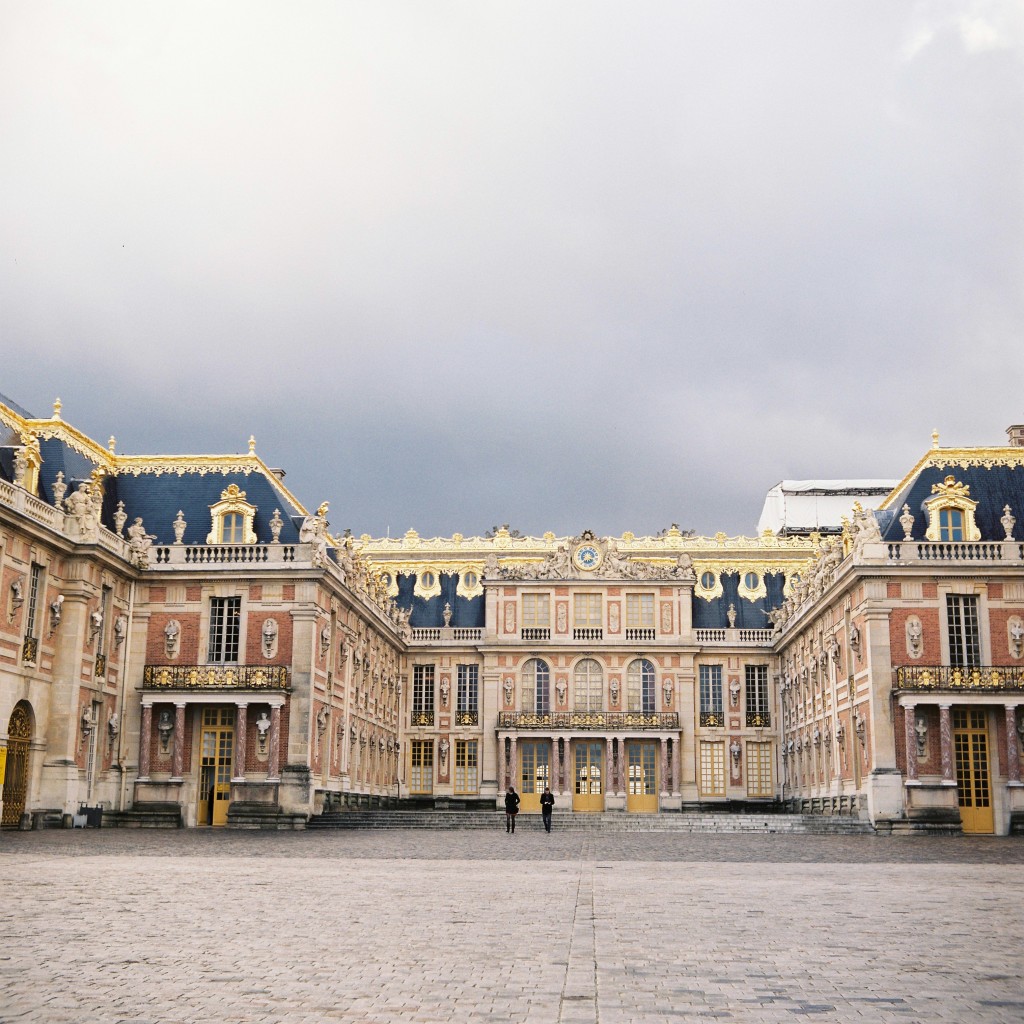 One of my favourite pictures I took on this trip. 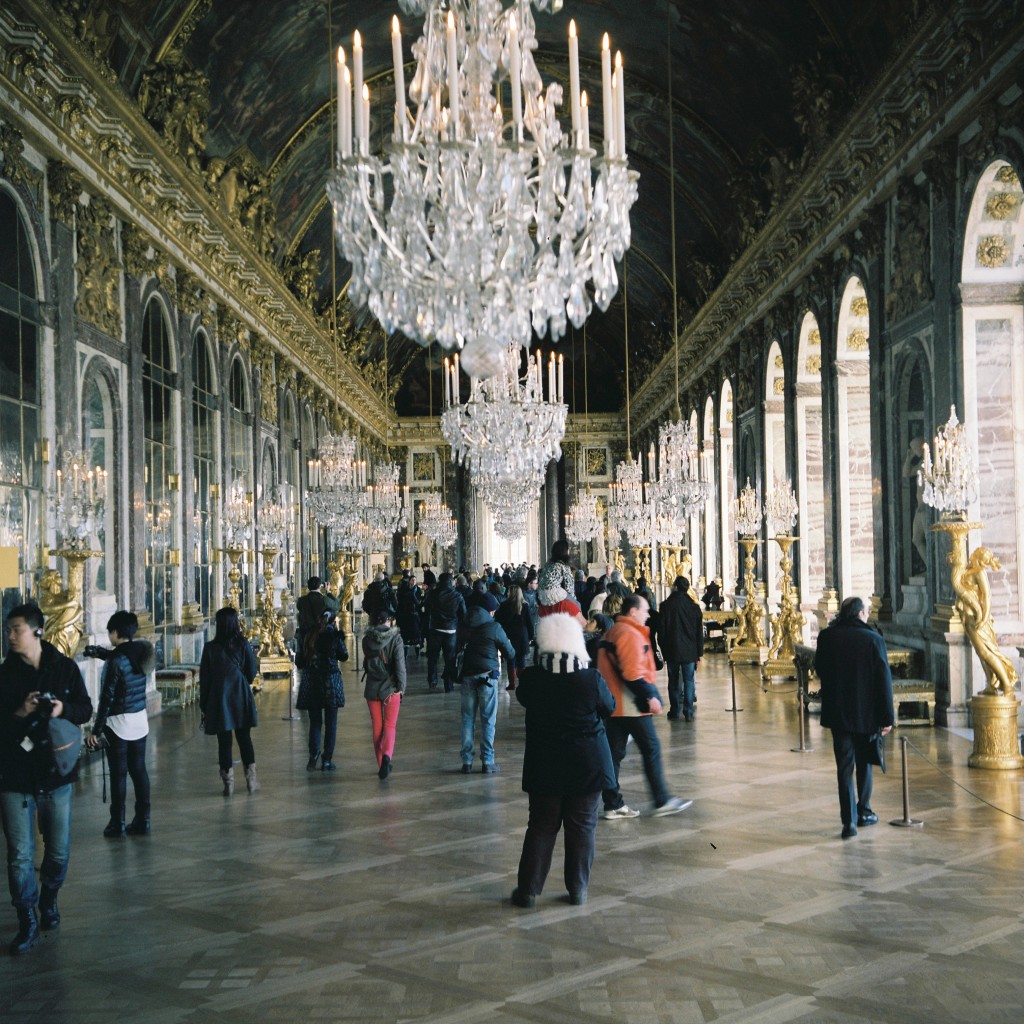 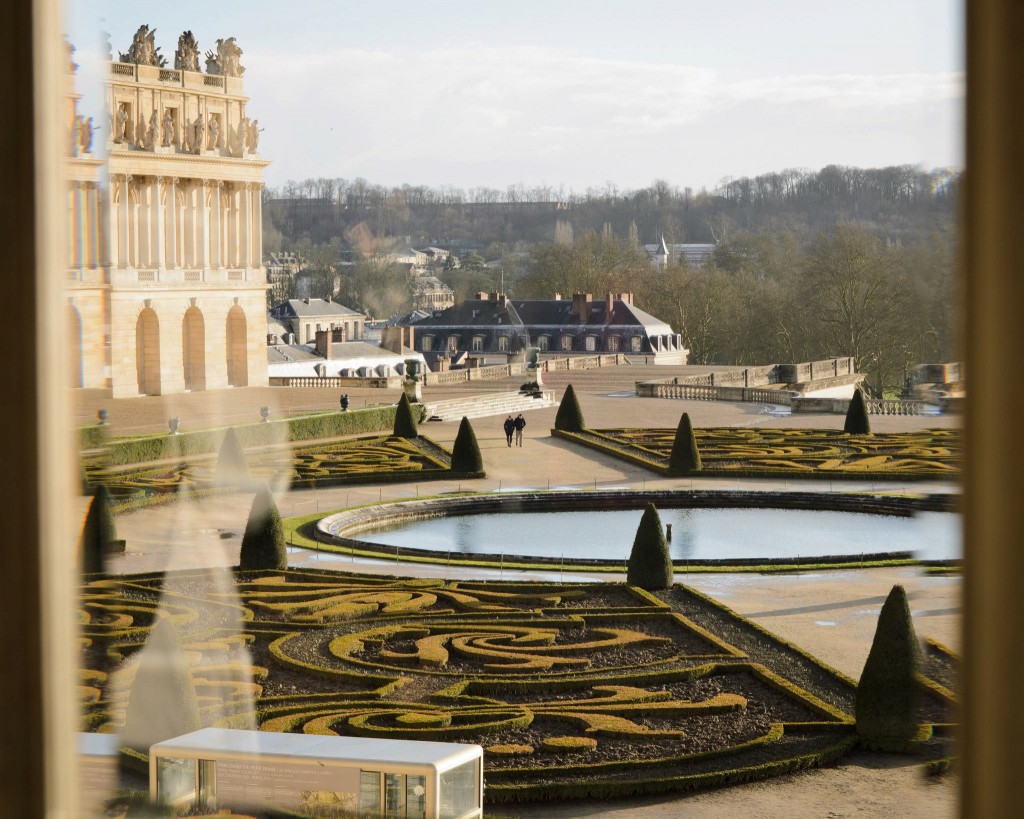 Forget the soft tungsten lights and the dancing images that reflect off the river and snakes away into the distance. Turning your eye away from Paris en rose is a gloomier and much sadder underworld. The catacombs are a memento to the legion of six million dead Parisians who lay in a network of over 200 miles of tunnels, which in the 16th century was the solution for overcrowded cemeteries. The catacombs are also another reason why there are no tall buildings in Paris, as the city’s excavated foundations cannot support the weight. 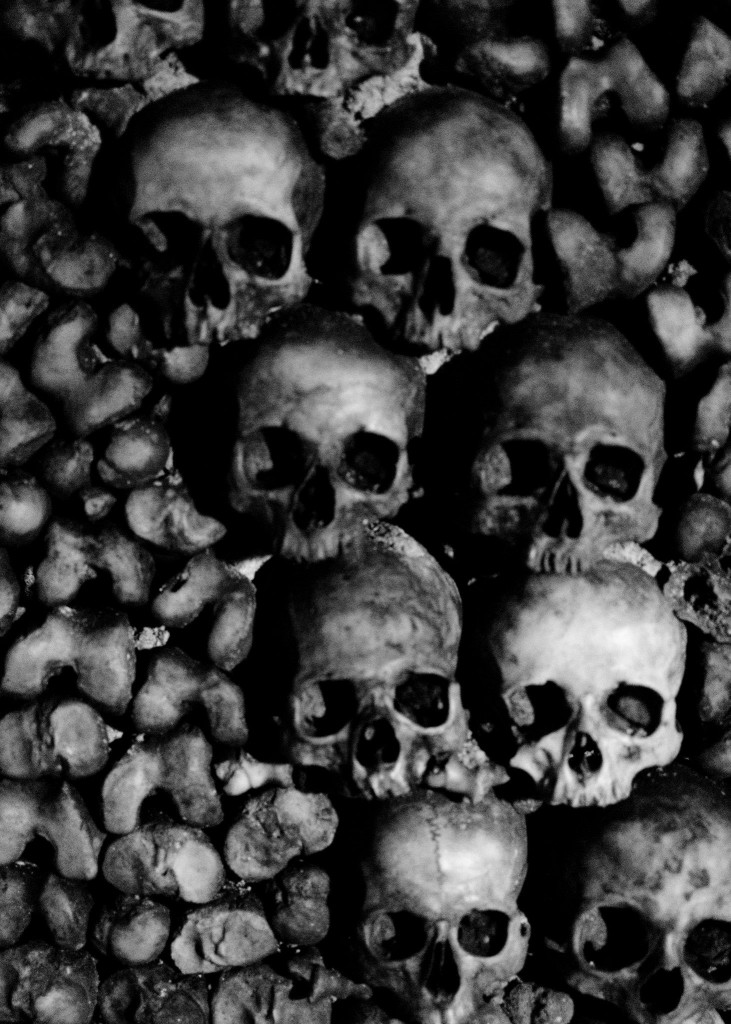 Such an escape! This is a park in the north of the city which I don’t think receives much tourist trail action. It has managed to retain its 19th Century charm, making a magical place to while away an evening. Don’t miss the waterfall in the grotto, which used to be part of the former quarry and has now been shaped to be more pleasing to passer-bys. It’s difficult not to spot Le Temple de la Sibylle, leaning on the precipice of a hill. For me, this is the most romantic spot in Paris and provides a sense of escape whilst sighing upon amazing views of the city. 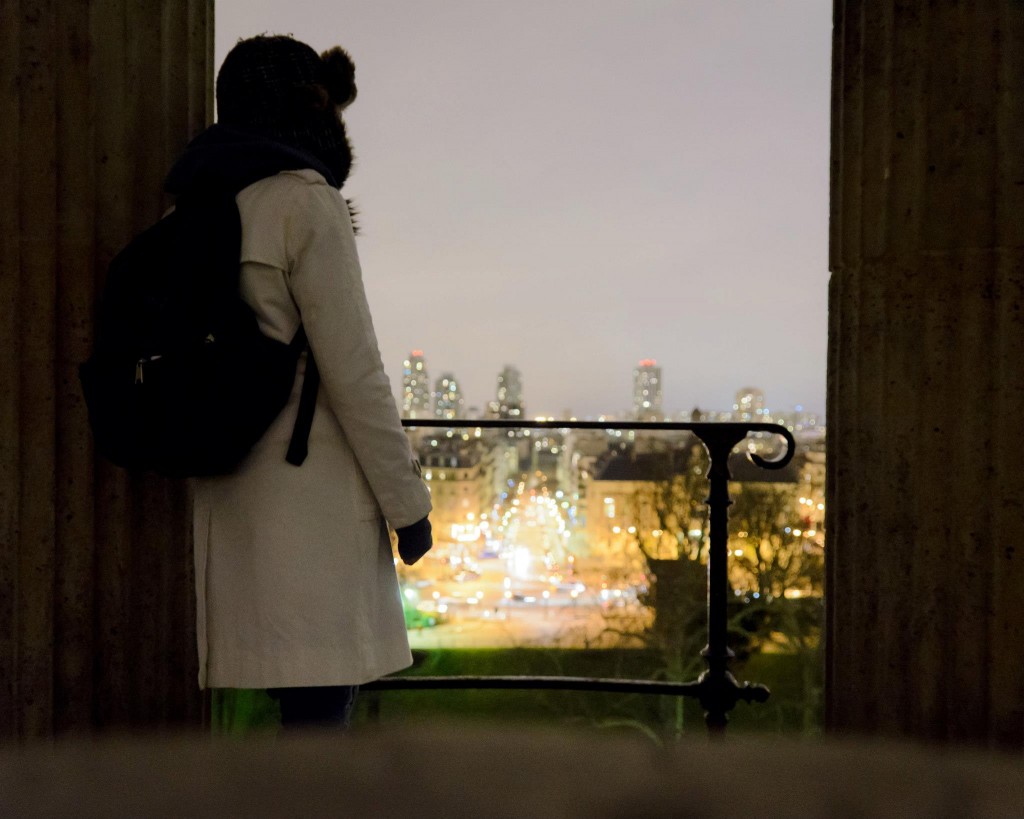 Probably the best science museum in Europe. So many floors and so many interactive things to do, touch and see. Playing here isn’t just for the young! From cyclone simulators, sound exploration, to exhibitions on light, the universe, transport and more. You could easily lose four hours of your life here. Including a trip to the planetarium, I couldn’t think of a better way to spend €12. 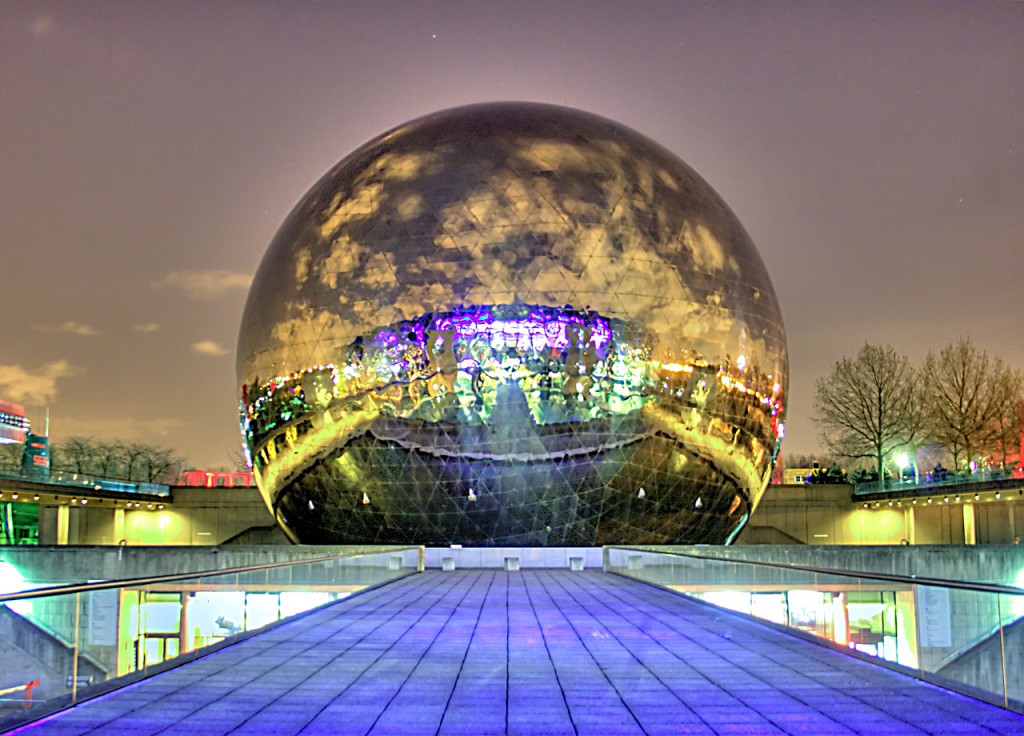 I’ve never been a ‘sophisticated’ traveller – I love culture and history but I also love to be entertained. Le Grand Rex is a functional theatre and for €10 you can enter the Etoiles du Rex, so think Universal Studios but in Paris. This is an hour long, audio tour taking you behind the screens of the biggest cinema in Europe. You can enter the projectionists room, take a lift up to see the stars and maybe get yourself on a green screen. 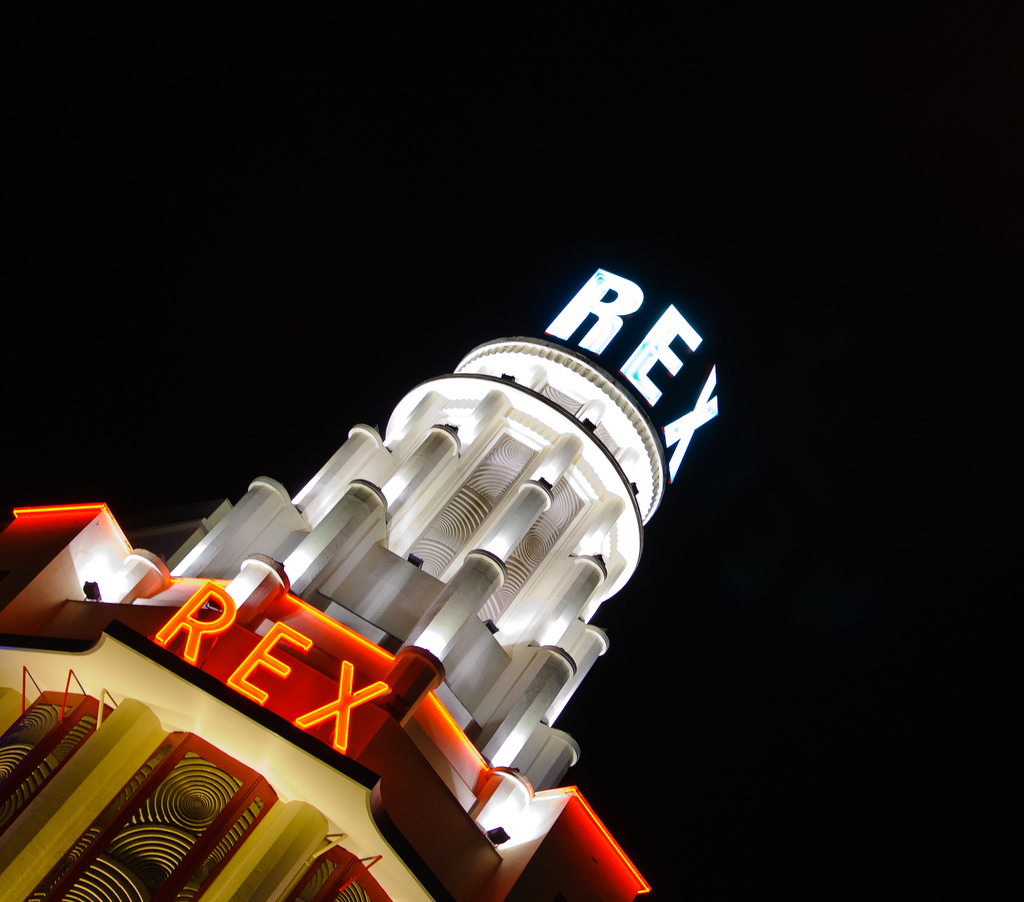 Obviously, this is a must see regardless if it’s worth your time or not but save yourself some money and take the stairs. Although walking is cheaper (€5, €15 for the lift), the stairway is extremely narrow and you have no choice to wait when the lady/gentleman in front of you pauses to catch their breath, looks down and realises they’re afraid of heights. Paris is a graveyard of greying rooftops interrupted by a gothic-styled church every so often. The only thing I dislike about the view is that Montparnasse Tower (which I affectionately dub, ‘Mordor’) sticks out like a rat’s tail – the ugliest edifice to have been built. It completely destroys the skyline, but this is just another casualty of seventies architectural design. If you’re from the EU and you’re under 26 I suggest you get your views from the top of the Arc de Triomphe. It’s FREE! 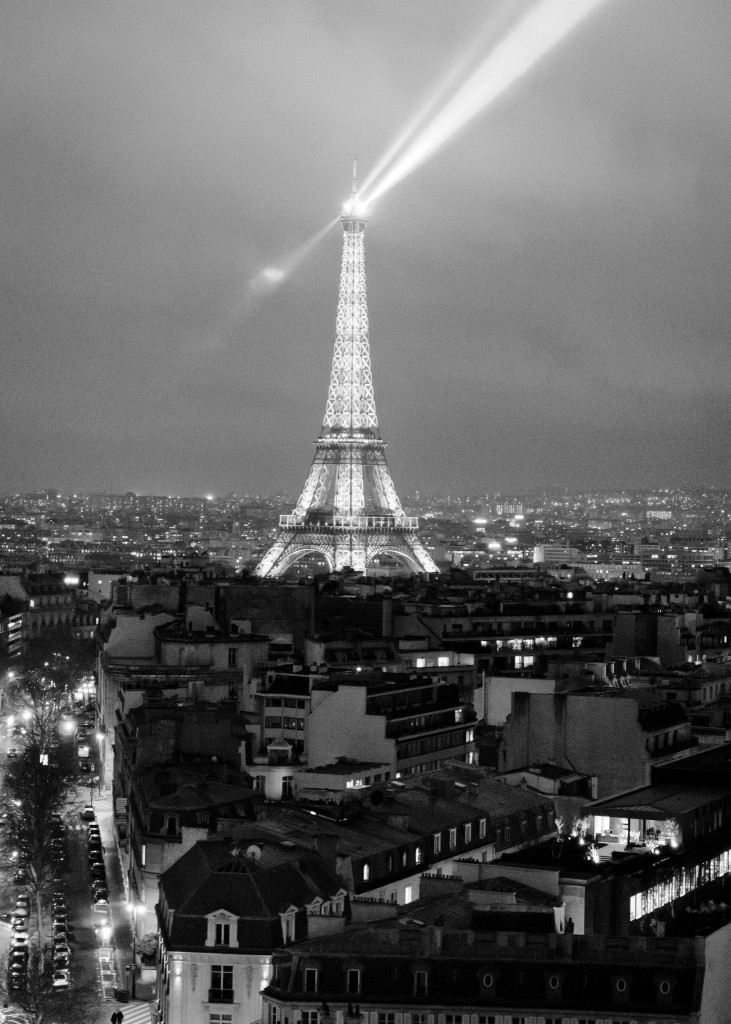 The Eiffel Tower from the Arc de Triompe. Image via Chris Sansom

So now the time has come to lift the curtain and look beyond le façade. Paris is not exempt from the fallacies and pitfalls of any other city. The jewel of France, which is held so highly by North American tourists, is just as diamanté as any other European capital. Apart from the fact that the entire metro system absolutely stinks of piss (ask anyone!), the rich/poor divide is ridiculous, marginalised communities are shunned by cosmopolitanites and policies which are labelled as nationalistic are simply racist. Paris is far from what is represented in a Google Image search, so much so that there is actually a “transient psychological disorder” for it called Paris Syndrome. Basically – a rude awakening. Too many tourists, bloggers and photographers willfully participate in oiling the propaganda machine that is Paris. It’s no better, no more romantic, no more interesting than a trip to Budapest or Copenhagen. If you believe this city has something special or some je ne sais quoi about it, then you’re looking at Paris through bullshit-tinted glasses. 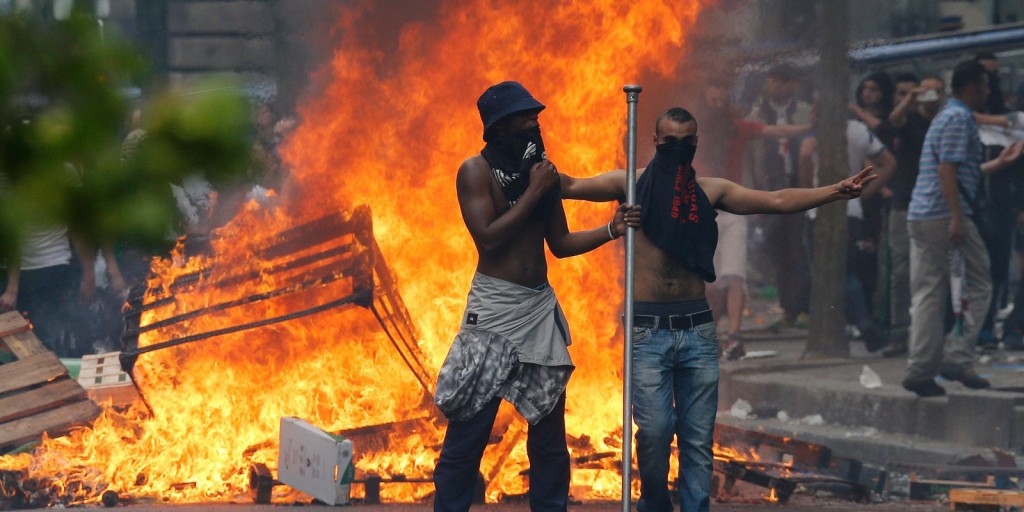 Riots during the 2014 Gaza demonstrations suspended by Paris Police

Why not? I had never been on a boat tour before. There’s a serenity that accompanies night-time river tours but in terms of paying €14 to see what you’ve already seen on foot, the commentary was very much like listening to a recorded version of Wikipedia. There are many companies that organise different excursions (some even with dinner), but on the whole, Seine Tours are usually taken by those who have seen Paris and want an excuse to take the weight off their feet. Basically, if you’re the type of person who’d be impressed by a Big Red Bus Tour, then you’ll be woefully underwhelmed with this. Choose your company wisely.

One tourist trap is the entire St Michel – Latin Quarter food area. This is the biggest rip off I have ever encountered. All the restaurants will be packed with people and food will be spilling out onto the tables. The hosts and waiters will use any trick in the book, including singing, dancing and flirting to draw you in to their kitchen from hell. “Thee shall forsake all temptation and foul work by the devil” – just walk on! There are plenty of good places to eat in Paris, but to make sure you don’t get fooled into the bad ones, it’s advisable to avoid the entire district altogether. 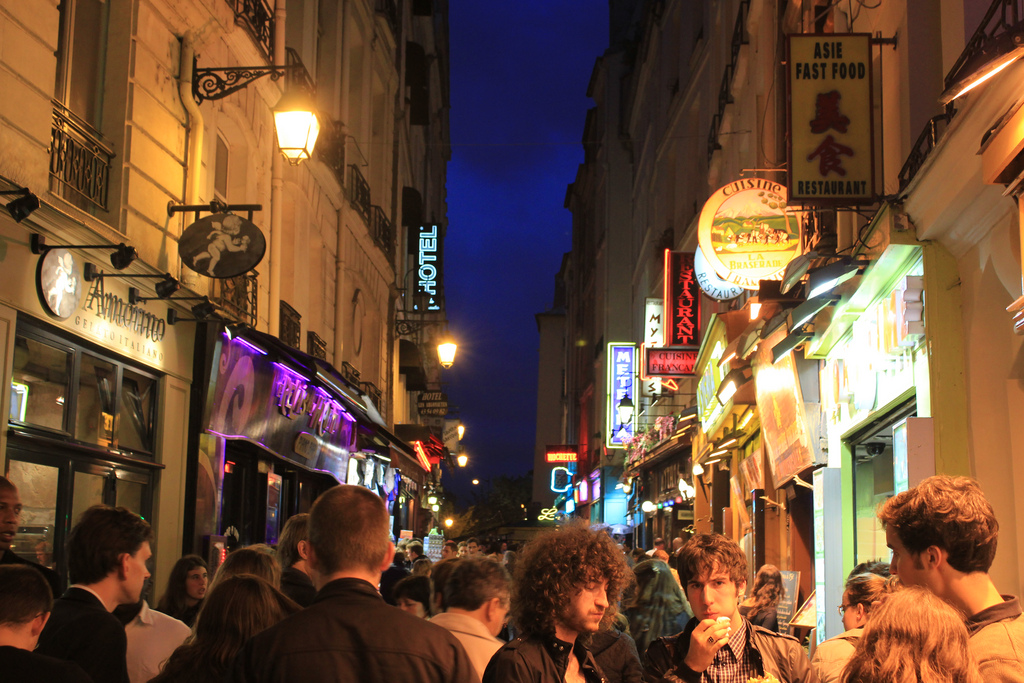 Whenever I’ve visited Paris, I usually find groups of young immigrant children weaving through the crowds near Montmartre. When they approach, they ask you to sign a petition. They will adorable and sweet-looking 10 – 16 year olds. Their French/English is heavily deteriorated so you don’t fully understand what it is they want or need. All you know is that they have a clipboard, a pen and a piece of paper with other signatures. DO NOT SIGN IT. Once you do they will then start holding out their palms for money. By signing the paper they create a sense of ‘contract’ and most people, more often than not, feel obliged to hand over their euros. They are not a charity, there’s no cause – it’s a business. SECONDLY, other traveller buddies of mine have said they have been confronted with the same petition, but instead, a younger member of the group will attempt to pickpocket you whilst you’re stood still. Don’t stop to talk – just keep moving.

I am going to end it here. I have a lot more to say about Paris – but nothing that will produce any form of interest to a reader. This post was not written to dissuade people from visiting Paris, just to knock those hazy eyes out of your head whenever someone says they’ve got a flight booked to Charles de Gaulle.

3 thoughts on “A reluctant post on the pleasures of Paris”